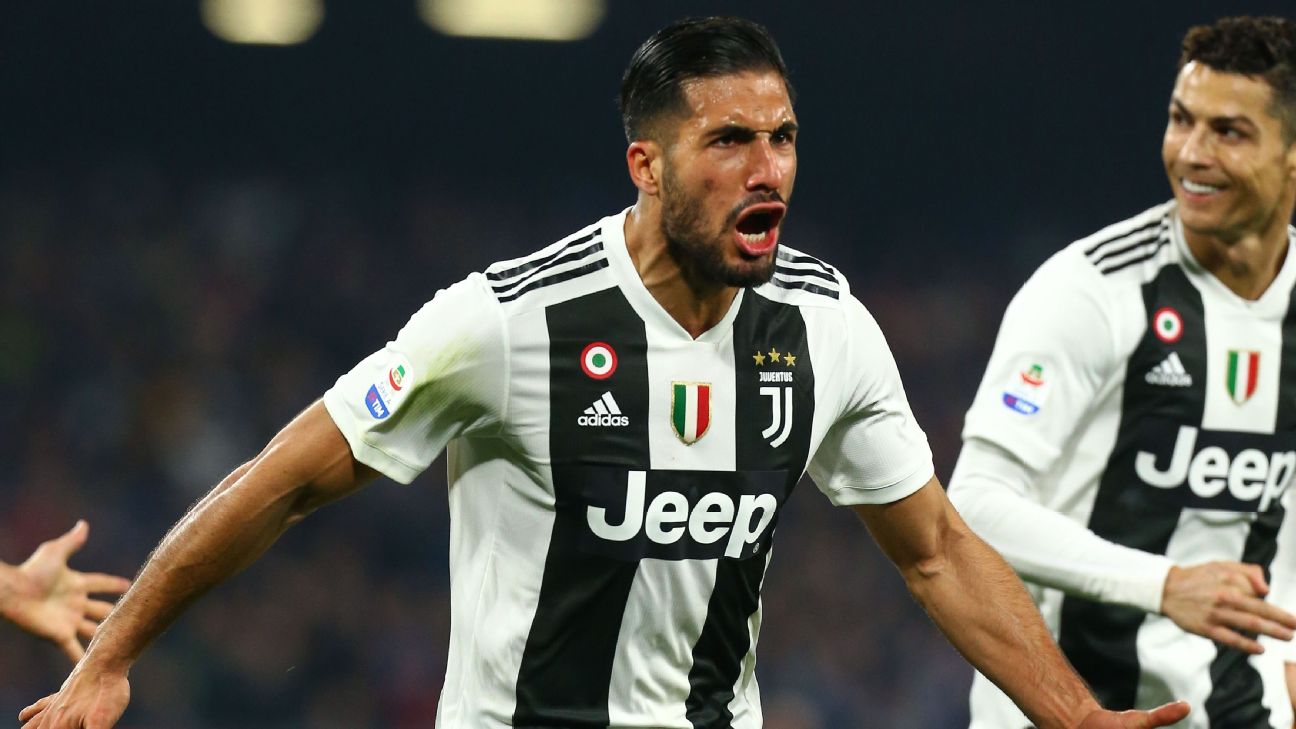 Manchester United have asked to be kept informed of Emre Can‘s situation at Juventus ahead of the January transfer window, sources have told ESPN FC.

United are looking for reinforcements in midfield and have been made aware of Can’s potential availability after the Germany international was left out of Juventus’ Champions League squad.

– Pogba meets up with Zidane in Dubai
– Ole: Summer decisions have harmed United

They have not ruled out a move for the 25-year-old former Liverpool man, but he is not high on their list of targets. Can, who left Anfield on a free transfer in 2018, has a contract until 2022 and is rated at around £35 million.

Manager Ole Gunnar Solskjaer is keen to bolster his attacking options after allowing Romelu Lukaku and Alexis Sanchez leave but a January deal for Mandzukic is considered unlikely.

Maduzukic, 33, is surplus to requirements at Juventus but United have been put off by the Croatian’s wage demands and his reluctance to sign a short-term deal. There is still tentative interest but he is not a priority.

United have money spend in January but sources have told ESPN FC they will not panic buy to save their season after a disappointing start. Solskjaer met with the recruitment department in September to draw up a list of targets for the next phase of recruitment and if players are available in January ahead of the summer, they are willing to splash out.

Sources have told ESPN FC that Leicester midfielder James Maddison and Lyon forward Moussa Dembele are among the list of targets for the next 12 months.