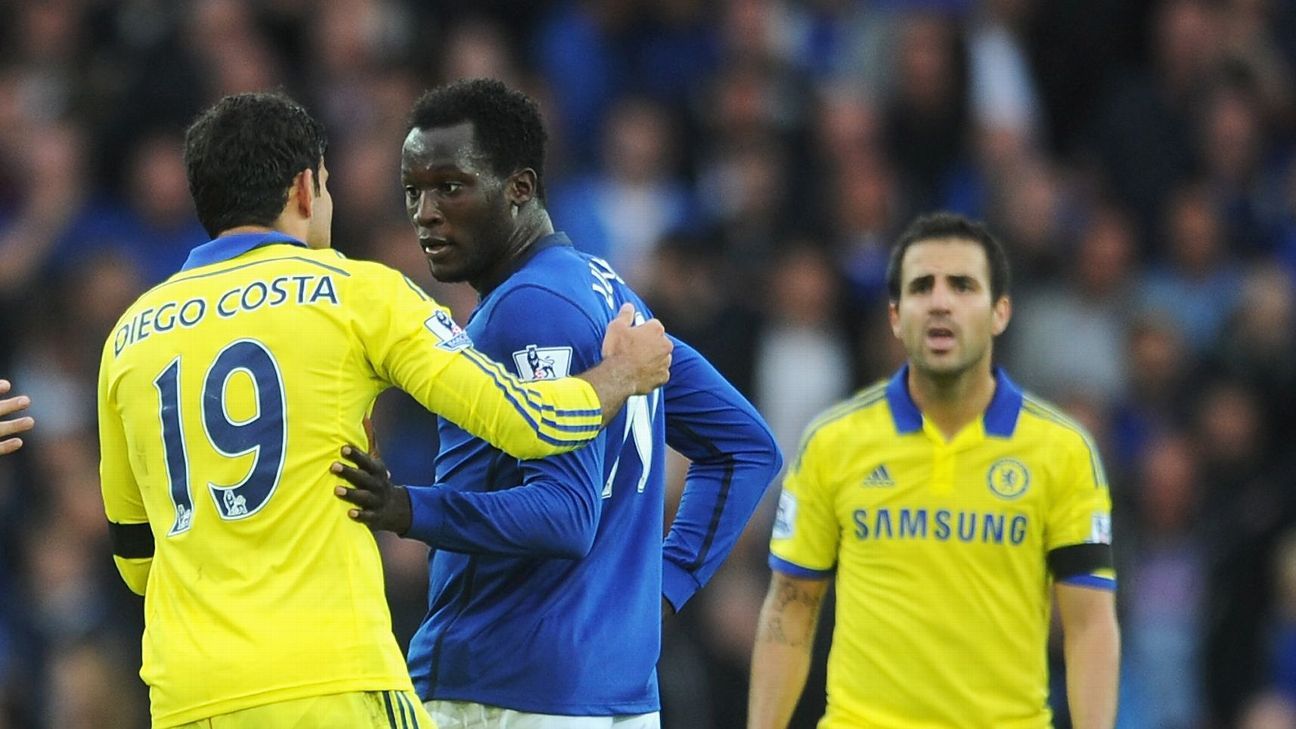 
In recent years Chelsea have taken particular pleasure in sabotaging their Premier League rivals in the transfer market, moving with speed and devastating efficiency to acquire players who appeared destined for moves elsewhere: Cesc Fabregas to Arsenal, Mohamed Salah to Liverpool (the first time around), Pedro Rodriguez to Manchester United and, most memorably of all, Willian to Tottenham Hotspur.

You can imagine, then, the bitter taste lingering in Roman Abramovich’s mouth as he swallows the medicine he so gleefully dispensed to others in the past.

Romelu Lukaku was Chelsea’s top striker target this summer. Chelsea manager Antonio Conte wanted him, technical director Michael Emenalo wanted him and Lukaku, they were led to believe, desired a return to Stamford Bridge over all other possibilities.

But in the transfer market there are no guarantees, and Manchester United’s success in agreeing a fee of £75 million with Everton has exposed the flaw in Chelsea’s negotiating strategy.

They went into this summer with more than the required funds to meet the reported £100m asking price for Lukaku but instead waited and haggled, convinced the player’s preference for joining the Premier League champions would deter other serious bidders. It has not.

Friday’s news that Chelsea had elected to match United’s offer but not agent Mino Raiola’s fee always seemed like a desperation move, a doomed bid launched with the intention of pacifying Conte and frustrated fans rather than actually doing a deal. By that point Lukaku had spent several days with his friend Paul Pogba in Los Angeles, being sold on the merits of going to Old Trafford.

Now, forced to turn their attentions to names further down Conte’s wish list — Alvaro Morata and Andrea Belotti both feature — Chelsea can only reflect on what they might have done differently, starting with the short-sighted decision not to insist on a buy-back clause in the £28m deal that took Lukaku from Stamford Bridge to Goodison Park in July 2014.

Everton, knowing they would not be able to sign a goal scorer of the Belgium international’s pedigree and potential from anyone else, did not have the leverage to walk away from a deal that included such a clause. Despite this, Chelsea allowed a 21-year-old who was highly regarded by the club’s hierarchy to depart without a clearly defined path to return, and at a price that transfer inflation has made look a steal.

Buy-back clauses were included in the deals that took Bertrand Traore to Lyon and Nathan Ake to Bournemouth this summer, sources have told ESPN FC, but Chelsea’s change in policy came too late to be of use in their pursuit of Lukaku.

Equally problematic was the lingering hostility felt by Everton towards Chelsea arising from the Blues’ courtship of John Stones in the summer of 2015.

Such was the outrage provoked by Chelsea’s public charm offensive, accompanied by a series of what were perceived as low-ball offers, that numerous reports this summer suggested chairman Bill Kenwright would rather send Lukaku to Old Trafford than Stamford Bridge.

Jose Mourinho was the manager whose comments so incensed Kenwright then, just as it was he who could not hide his delight at snatching Willian away from Tottenham after Spurs chairman Daniel Levy had brought the Brazil midfielder to London for a medical in August 2013.

But the days when Mourinho’s interests aligned with Chelsea’s feel like a long time ago now and, having tasted nothing but defeat and humiliation on his recent visits to Stamford Bridge, you suspect the United manager will consider this win over Abramovich one of his sweetest victories in a long time.

Days after numerous reports ramped up the pressure on Ed Woodward to act in the transfer market, United’s much-maligned executive vice-chairman has delivered one of Mourinho’s prime targets. Chelsea, meanwhile, so far have nothing more than Willy Caballero to show for the first month of a summer that they approached from a position of formidable wealth and strength.

A £35m deal for Monaco midfielder Tiemoue Bakayoko will be completed in the coming days, while Antonio Rudiger’s reported £34m move from Roma is rapidly gaining momentum. Alex Sandro could become the most expensive defender in history, and if an elite striker follows him to Stamford Bridge, Chelsea’s headline business this summer will be more impressive than most.

But losing out on Lukaku complicates matters. Diego Costa’s future lies elsewhere — Conte’s text message saw to that — and Atletico have no incentive to do a deal on Chelsea’s terms. Meanwhile, any other club in possession of a striker whom the Blues covet knows that their need to secure a high-class replacement for the 28-year-old will only grow more desperate as the summer progresses.

Then there is the issue of Conte’s contract extension, which remains unsigned despite a confidence in the final months of last season that his future would be resolved as soon as the Premier League title was won.

Chelsea expect everything will be sorted shortly after preseason training begins, but those talks become a lot more delicate with none of Conte’s requested targets yet at Cobham and Lukaku a United player. As his dramatic departure from Juventus in 2014 shows, this is not a man afraid of walking away from one of Europe’s biggest clubs if he feels he is not being backed.

The new season does not begin for another six weeks, and Chelsea still have plenty of time to secure the reinforcements that Conte craves. United’s hijacking of Lukaku, however, serves as a chastening reminder that playing the waiting game is not without its risks.