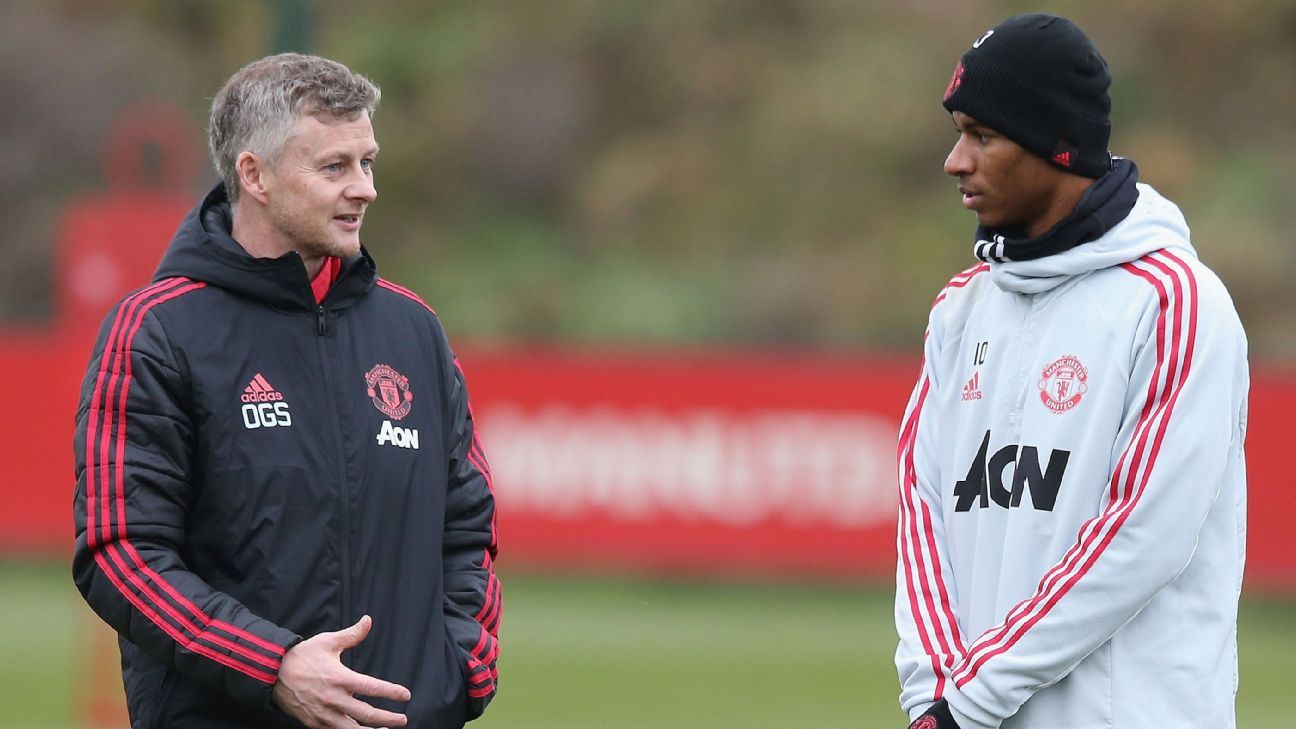 
MANCHESTER, England — Marcus Rashford is making a case to be considered the best striker in the Premier League, according to Ole Gunnar Solskjaer.

“You can argue for many strikers but I’m glad he’s in my team,” Solskjaer said. “Harry Kane is injured so maybe that gives him the best chance to be the best one at the moment.

“I think he’s playing the best football in his career.”

Victory over Chris Hughton’s side took Solskjaer’s winning run to seven ahead of a trip to Arsenal in the FA Cup on Friday night.

Rashford’s fine solo goal made it 2-0 after Paul Pogba had scored his 10th of the season from the penalty spot.

Pascal Gross pulled one back for Brighton in the second half to set up a nervy finish and Solskjaer admitted the final 20 minutes proved there is still room for improvement.

“We need to improve on quite a few things,” Solskjaer said. “Defensively, we need to find our shape better, towards the end like today, we need to defend better with the ball, OK, we’re under the cosh, winning 2-1, keep it away from them, let them run and try and get the ball.

“At times today we played some fantastic football and should have scored two or three in the beginning of the second-half.”

The nine straight victories under Jose Mourinho during the 2016-17 season is United’s longest run since Sir Alex Ferguson retired in 2013 and Solskjaer has challenged his squad to pass it.

“The gaffer [Ferguson] used to challenge us at times with ‘Why can’t you win 10 games on the bounce?'” Solskjaer said.

“As long as you take one game at a time and prepare well we should go into any game as winnable one, we have had some tough years at the club. It’s a challenge for us to get to where we as a club should be.”