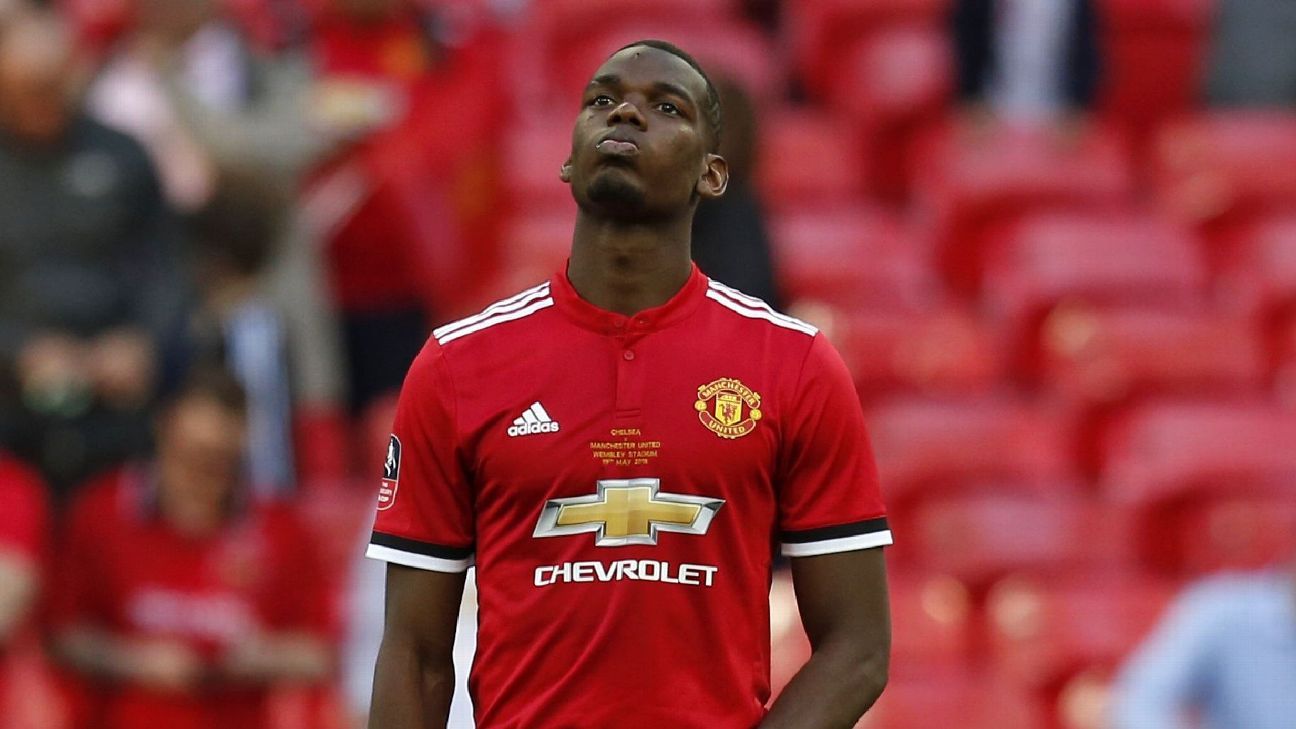 Paul Pogba wants to return to Juventus, reports Tuttosport, with the Manchester United star unhappy with his role under Jose Mourinho.

The France midfielder has been unable to replicate his form for the Bianconeri on a regular basis at Old Trafford after rejoining the Red Devils for £89 million in 2016.

Pogba has three years remaining on his contract, meaning it will be difficult for the Italian champions to convince United to sell when they are looking to strengthen in order to close the gap on rivals Manchester City.

The Old Lady reportedly will listen to offers of €50 million for the Brazilian, with Paris Saint-German also said to be keen.

Juve will also consider renewing Alex Sandro’s contract, but may feel the time is right to cash in on the 27-year-old former Porto star after a disappointing season.

Emery aims to replace Cech as Arsenal’s No. 1

The Spaniard takes over at the Emirates this summer and will look to upgrade on Cech and David Ospina.

Bayer Leverkusen’s Bernd Leno was also thought to be a target, but Emery reportedly wants to reunite with Rico after spending time together with the La Liga club.

The Andalusians have a shortlist of three names to replace Rico, with Alaves’ Fernando Pacheco, Espanyol’s Roberto Jimenez and Girona’s Yassine Bounou.

Another arrival this summer ahead of the revolution at the Emirates could be Dennis Praet, the Mirror cites Gianluca Di Marzio as reporting. The Italian journalist is said to report that the Gunners are aiming to beat Juventus, Napoli, Roma and Inter Milan to sign Sampdoria’s Belgian midfielder.

Juventus will kick off a summer upheaval by completing the long-expected signing of Emre Can, details Corriere dello Sport.

The German will replace Claudio Marchisio, who will leave the Bianconeri 25 years after joining the club as a seven-year-old.

Stefano Sturaro and Medhi Benatia are also set for the exit, while AC Milan’s Alessio Romagnoli is a major target to upgrade at the back.

– Juventus and Roma are keeping tabs on Tottenham starlet Reo Griffiths, according to the Mirror. He is yet to sign professional terms after hitting 34 goals this season for the under-18s, leading to the Serie A duo, Barcelona and Celtic preparing offers.

– Marouane Fellaini has priced himself out of a move to Marseille, according to L’Equipe, with the Belgian set to become a free agent after his Manchester United contract expires.

– Middlesbrough will offer James Collins a lifeline after his contract with West Ham expired, reports the Mirror, with Tony Pulis keen on the Welsh defender. But Boro will face competition from Rangers, according to the Daily Record, with Steven Gerrard interested in the 34-year-old as he prepares to begin his management career in Scotland.