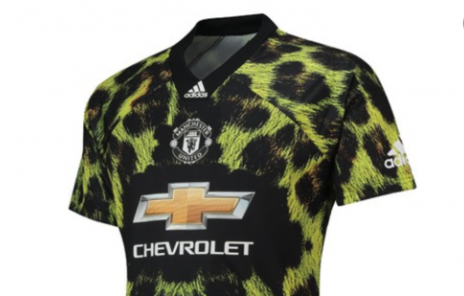 Manchester United fans now have the opportunity to part with real money in exchange for a new kit that doesn’t technically exist.

To clarify, Adidas have released a range of limited edition “digital fourth kits” for United — as well Juventus, Bayern Munich and Real Madrid — that will only be worn by the teams in FIFA 19.

From 🎮 to 👕.
Introducing the all new limited-edition @FCBayern, @juventusfc, @ManUtd and @realmadrid @EA SPORTS Jerseys, available in game and in store now: https://t.co/4HAIVfvhBY. pic.twitter.com/WblmNWLpsL

Created in collaboration with EA Sports, the exclusive shirts are rendered in various lurid designs, with United’s a neon yellow leopard print effort — supposedly a tribute to the club’s “bold style.” (Somebody at Adidas hasn’t been watching matches at Old Trafford for the past four years.)

Elsewhere, Juve’s is a shimmering, opalescent silvery shirt, while Bayern and Real share an star-blazed astral theme, one red, the other blue.

Other than the replicas being sold for £64.95 a pop, the kits will never actually see the light of day in a competitive game — bar those taking place between fans on FIFA 19.