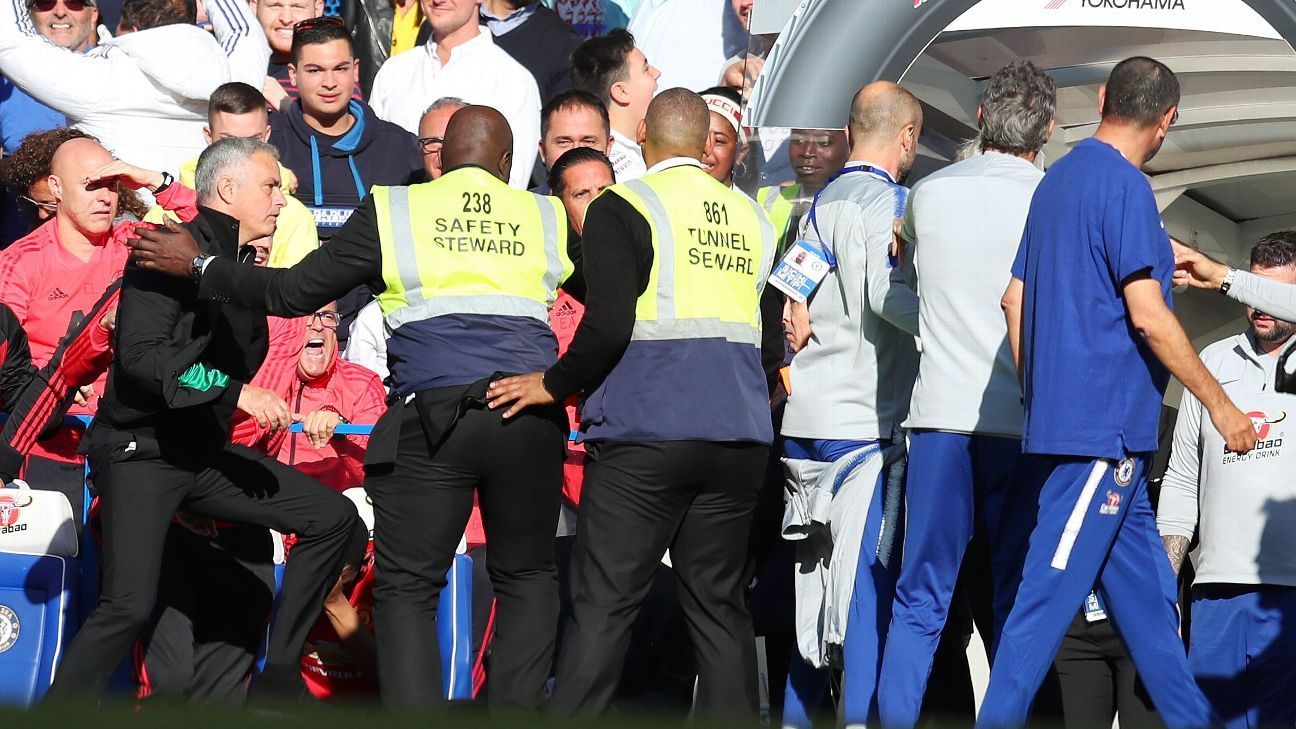 By Rob Dawson and Liam Twomey

Manchester United boss Jose Mourinho has escaped a touchline ban after being issued with a warning by the Football Association following his spat with Chelsea assistant coach Marco Ianni.

The pair clashed at Stamford Bridge on Saturday when Ianni appeared to goad Mourinho after Ross Barkley’s stoppage-time equaliser salvaged a 2-2 draw for Chelsea. It promoted Mourinho to attempt to confront Ianni before being held back by members of his coaching staff.

Chelsea boss Maurizio Sarri apologised for the incident after the game but Ianni has been charged with improper conduct, while there will be no further action against Mourinho.

“Marco Ianni has been charged following the game against Manchester United on Saturday,” an FA statement read. “It is alleged that his behaviour in the 96th minute constituted improper conduct. He has until 6pm on Thursday 25 October 2018 to respond to the charge.

“In relation to this incident, Jose Mourinho has been formally reminded of his responsibilities whilst both clubs have received similar official reminders in terms of the behaviour expected of their staff and players at all times whilst in the technical area.”

Despite Ianni’s actions, Mourinho said after the game he had accepted Chelsea’s apology.

“I am not annoyed with anything,” Mourinho said. “What happened with Sarri’s assistant, Sarri was the first one to come to me and say he will resolve it. The assistant has already come to me and apologised. I told him to forget it. I have made a lot of mistakes in my career.”

Sarri added: “I didn’t see anything on the pitch but after the match I spoke with Jose and immediately understood that we are wrong. I have spoken with the member of my staff and then I bring him to speak with Mourinho to say sorry to him. I think it is finished. We made a mistake. We were in the wrong.”

Mourinho, meanwhile, has until 6 p.m. on Wednesday to respond to an FA charge that he swore in Portuguese into a TV camera following the 3-2 win over Newcastle before the international break. He could still be hit with a touchline ban for that indiscretion.