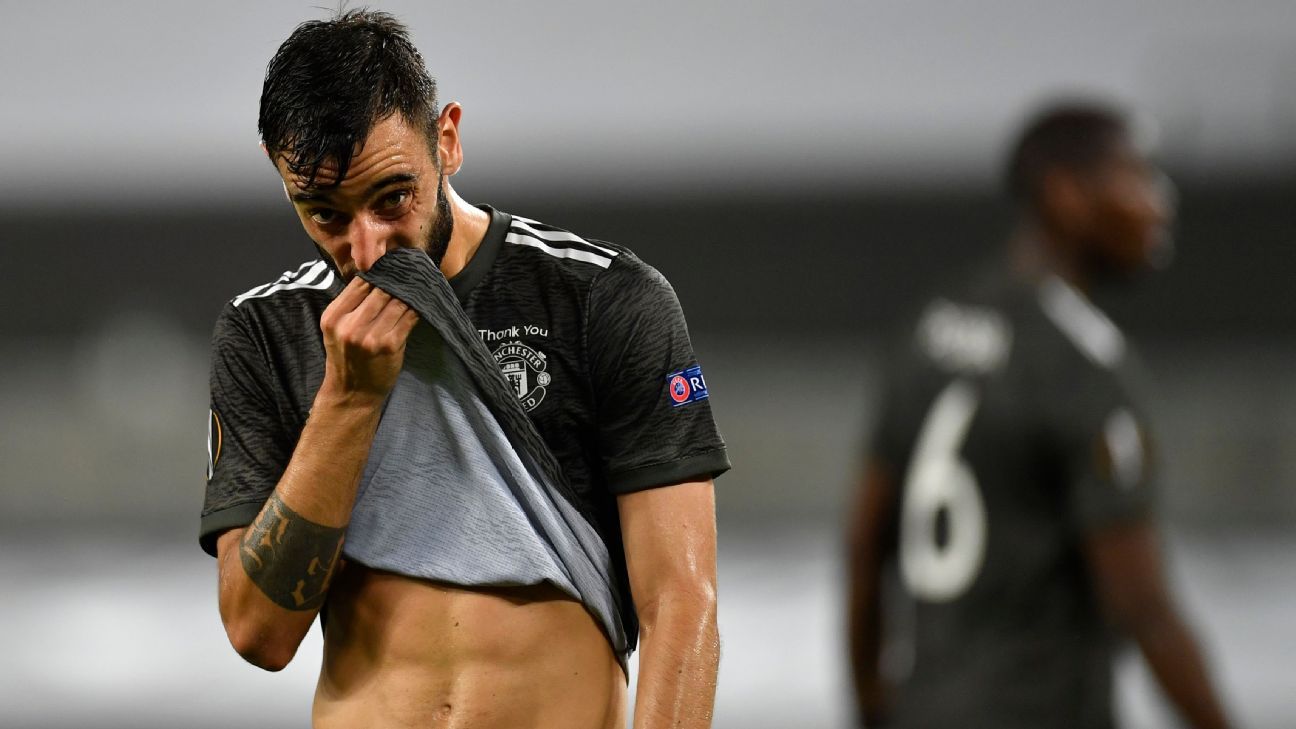 
Manchester United‘s elongated season finally came to an end on Sunday night with defeat in the Europa League semifinals.

Played on neutral soil in Cologne, Germany, United went ahead with nine minutes gone, only to ultimately find themselves on the wrong end of a 2-1 loss to Europa specialists Sevilla FC.

There are no prizes on offer for guessing that United’s opener came from the spot as the Premier League side were awarded their 22nd penalty in all competitions this campaign — more than any other team in any of Europe’s top five leagues and the most any side have been given since Barcelona (24 pens) in 2015-16. Remember, United had already set a new Premier League record for penalties on the last day of the season.

With Marcus Rashford having his heels clipped in the Sevilla box, the sight of another referee pointing to another spot was enough for Gary Neville to make the wryest of observations.

Nice to get a decision

The result meant Ole Gunnar Solskjaer’s side broke thoroughly undesirable new ground as they consequently became the first club ever to lose an FA Cup, League Cup and European semifinal in the same season.

As if to add further insult to injury, no silverware in three seasons means United are also currently on their longest run without a trophy for 30 years.

Bruno Fernandes did the honours with his trademark stilted run-up and an emphatic finish to keep his impressive 100% conversion rate going this season. The Portuguese midfielder has scored every single one of the 14 spot kicks he’s taken in 2019-20, eight of which have come since his January move to United.

Indeed, since making his United debut on the first day of February this year, Fernandes has had a direct hand in 20 goals for his new team with 12 goals and 8 assists already under his belt — a record only bettered by Lionel Messi (27) of Barcelona and Bayern Munich‘s Robert Lewandowski (28).

He just doesn’t miss them! 🎯 @B_Fernandes8 struck perfectly from the spot to give us the lead in Cologne! #MUFC #UEL https://t.co/K4jjbpupjc

Still, it wasn’t enough to prevent United’s season from fizzling out with a bit of a splutter as they were eliminated from European competition by Spanish opponents for the third consecutive year.

Having not missed a single second of United’s league campaign and played the full 90 against Sevilla, Harry Maguire has played more minutes than any other player in the world this season (5,509), beating FC Copenhagen defender Victor Nelsson (5,366) into second place. Obviously, his case is helped by many leagues around the world being paused through the summer.

Sadly, that didn’t prevent Maguire from making a hash of things while attempting to prevent Sevilla from netting their equaliser on the night, with the United centre-back attracting criticism for unwittingly inventing “no-look defending” in the build-up.

Imagine paying £80m for a defender who doesn’t even look at the ball 🙈#Maguire #MUFC https://t.co/VuZkfTbOnd

As for Sevilla, the La Liga side go marching into their sixth UEFA Cup/Europa League final — their fourth in seven seasons and at least two more in total than any other club have ever managed in the history of the competition(s).

Los Rojiblancos will go into the final unbeaten in 20 games since February with a chance to claim a sixth title against either Internazionale or Shakhtar Donetsk, thus extending a record that already belongs to them.

We’ll find out when the focus turns back to Cologne on Friday.