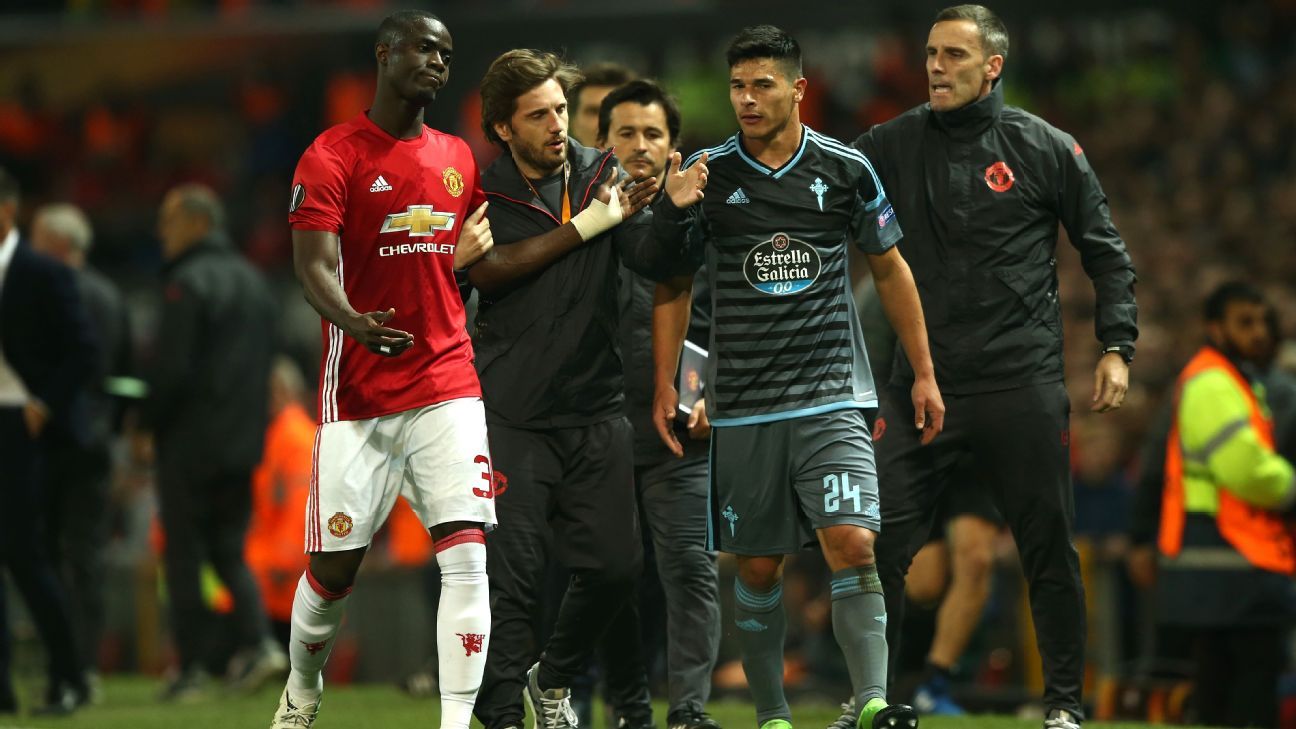 
Eric Bailly will miss the UEFA Super Cup and the first game of Manchester United’s Champions League campaign after being suspended for a red card he received in the Europa League in May, UEFA announced on Monday.

Bailly was shown a straight red card in the 87th minute of United’s semifinal second leg game against Celta Vigo on May 11, and Europe’s governing body has now issued a three-game ban.

The game, which finished 1-1 and led to United progressing 2-1 on aggregate, saw Bailly dismissed late on for his part in a melee that also led to Celta’s Facundo Roncaglia being red-carded.

The defender did not play in the ensuing final as United won the Europa League title, and that match will count toward the suspension, leaving him to serve two more games.

The first of those will be the upcoming UEFA Super Cup against Real Madrid in Macedonia on Aug. 8, after which Bailly will also miss the opening game of United’s return to the Champions League.