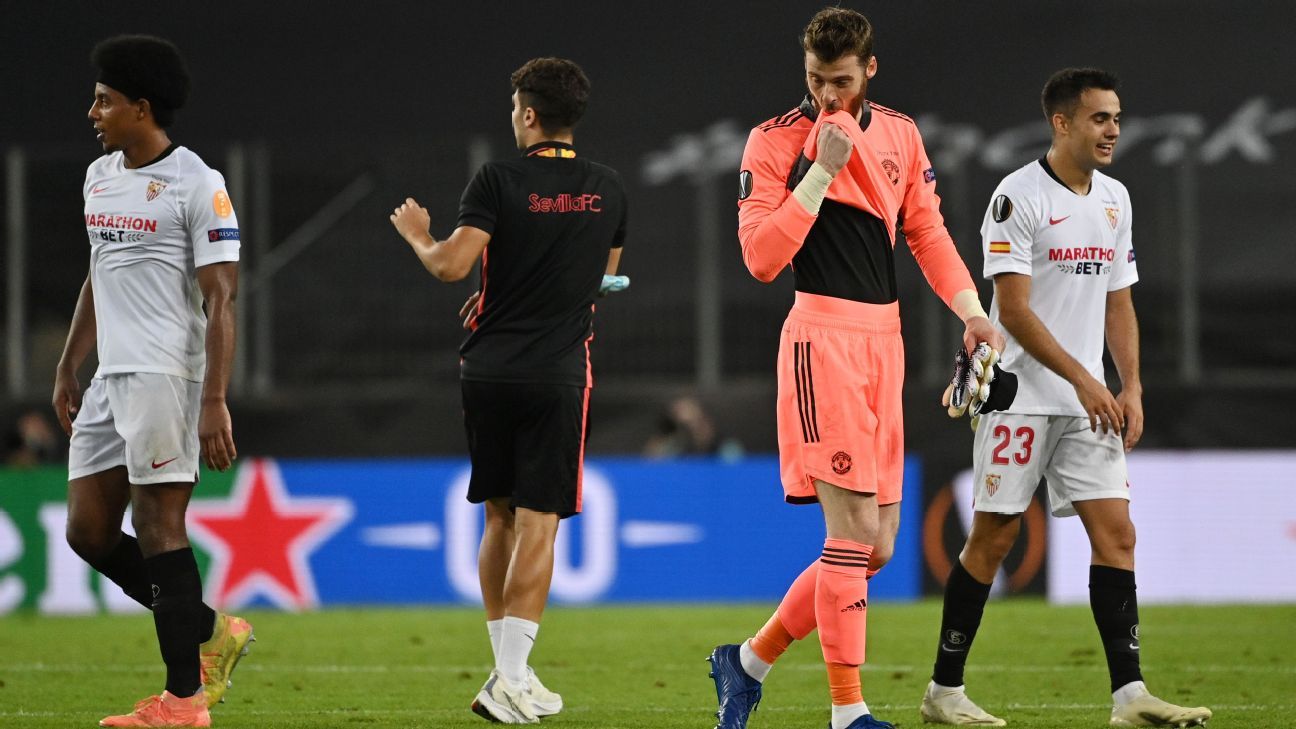 David De Gea is confident he has done enough during nine years at Manchester United to continue to be the club’s No. 1 next season.

The Spaniard has come in for criticism at times this term, particularly after two costly mistakes in the FA Cup semifinal defeat to Chelsea.

De Gea, who arrived from Atletico Madrid in 2011, could face added competition if manager Ole Gunnar Solskjaer decides to bring back Dean Henderson following his successful loan spell at Sheffield United, but the Spain international has faith that he can keep the gloves.

“I trust in myself,” De Gea said. “I showed my qualities all the years, so I just keep available for the manager.

“I’m always ready to play and try to help the team as always — as I did always.”

De Gea, 29, was picked ahead of Sergio Romero as United went out of the Europa League following a 2-1 defeat to Sevilla in Cologne on Sunday.

It was the third semifinal defeat of the season after disappointment in the last four of the Carabao Cup and the FA Cup and De Gea believes the squad needs more “experience” if they are to progress next season.

“I think we improved this season,” he added. “We were 14 points behind the third position in the Premier League but we finished third at the end.

“We deserve to be in the final [of the Europa League], if we are honest. But maybe we need a bit of experience, more experience on the team, but we have to score the chances. I think we are playing very good football, attacking football.