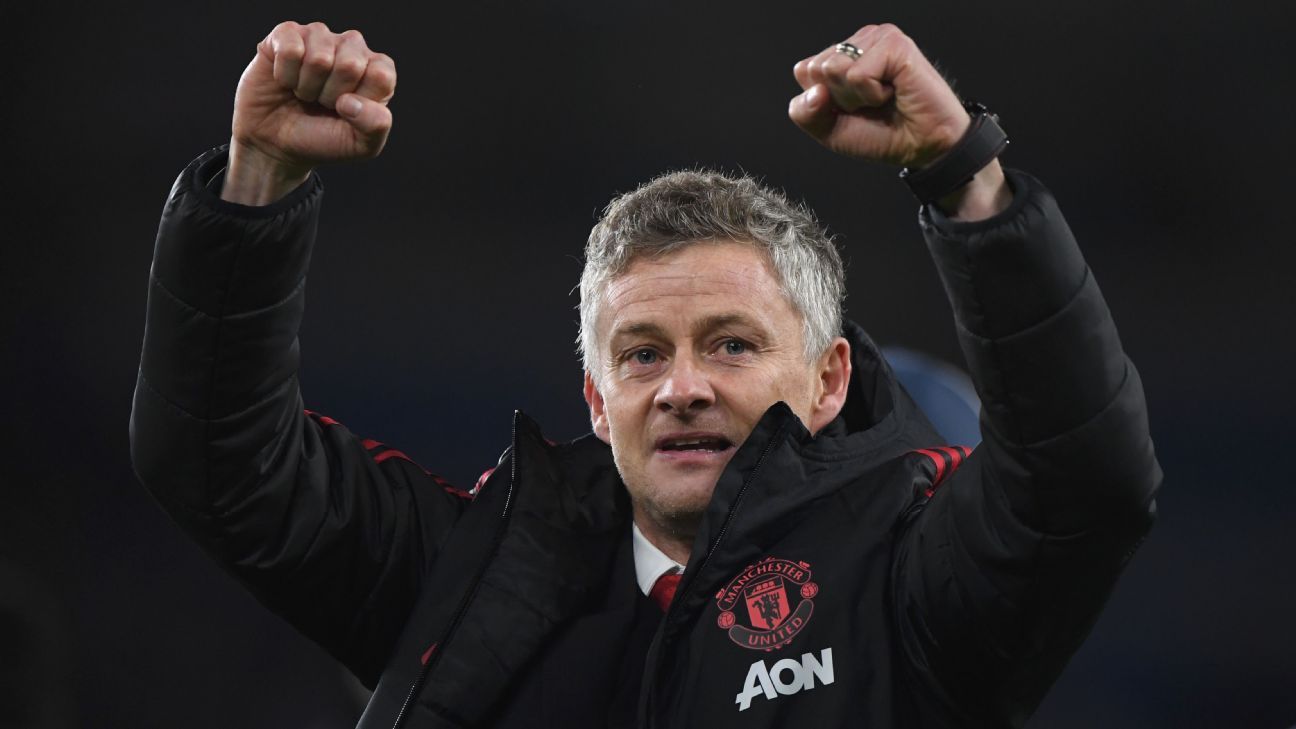 
Norway’s flag incorporates the flag of six other countries, but it’s not one you’d readily associate with Manchester United. Until Saturday, that is, when it proliferated in the loud, raffish away end at Cardiff amid songs for a certain Norwegian.

Ole Gunnar Solskjaer is the reason, the United and Norway legend who appears as confident and assured in his role as caretaker manager as he was in front of goal in 11 years as a player at Old Trafford. Solskjaer’s arrival at United in 1996 — alongside fellow Norwegian Ronny Johnsen and later, Henning Berg — helped United become even more popular in Norway, the country with more paid-up members of the club per head than any other in the world, including England.

In a country of 5 million people, United boast 40,000 members. That’s not simply “likes” on social media but full-fledged members of the Scandinavian Supporters’ Club, established in 1987 when United were far from the top of football’s tree. If those statistics were replicated in Britain, United would have four million members, not fewer than 200,000.

“We added another 400 on Wednesday,” says Bernt Hjornevik, proudly, of United’s biggest supporters’ club. “And we sold 500 tickets extra for matches in the spring: more than in the whole of December before that. Members called us to renew their memberships — the phone rings constantly. We were on national TV channels several times.”

Those channels also flew film crews to Manchester. Channel TV2 had live shows for several hours on Tuesday just about the possibility of Solskjaer becoming the new manager. There was more live coverage when his appointment was confirmed in an on-loan deal from Molde.

Lars Morten Olsen is a Norwegian United fan from Sarpsborg who has been coming to games since 1977. He knows Solskjaer personally and co-wrote a book with him called “Solskjaer: 20 stories.”

“When the rumours started about Ole last week I could not believe them,” said Morten Olsen. “I texted Molde’s press officer and asked if he had any comments on the rumours or if he could dismiss them as purely speculation. The press officer came back and said all questions related to this had to go to the chief executive. He in turn said “no comment” — that was the point when I started believe it was true.

“I could hardly sleep last Tuesday night when no confirmation was made — although the Norwegian Prime Minister tweeted her congratulations (later deleted) — and rushed to the computer when I got up at 5 a.m. the next day. When it was confirmed, I was overwhelmed.”

“We asked if we could get a comment and on Wednesday, the prime minister called us four times to talk to us,” says Dag Langerod from the Supporters’ Club. “Could you imagine [British prime minister] Theresa May calling Salford Reds? We missed her calls and one of our writers, Eivind Holth, went to the Kings Castle in Oslo the following day to talk with the prime minister.”

“[Solskjaer’s appointment] is being compared in size to Jens Stoltenberg becoming the general secretary of NATO,” said Lars Morten, who travels to England six to eight times each season to see United and has done that for over 40 years. He didn’t initially plan on attending any games over Christmas but has since changed his mind.

“I’ve blown most of my travel budget for 2019 to come to Manchester and book late flights,” he explains. “The flights have cost €1,100 return for my daughter and me. We’re buzzing! We just had to be at Old Trafford for Ole’s first match as manager.”

Olsen thinks the decision to hire Solskjaer was the right one.

“As a Norwegian it was fantastic, but more importantly, as a United fan, I think it is the correct move. Ole is the man who can get the smiles and the energy back at Carrington. He has learned it all from Sir Alex, the importance of pulling together and we are all United.

“With him, Mike Phelan and Michael Carrick, I think we can get that special Manchester United feeling back again.”

The Scandinavian Supporters’ Club hope to surpass their record of 44,500 members, back from the time when Solskjaer scored the goal in Barcelona which won United the treble — and there’s every chance while his appointment remains such news. United are the most popular football team in Norway followed by Liverpool, with over 30,000 Norwegian members. The rest are a long way behind the two giants from England’s north-west, but Solskjaer’s appointment brought a problem for Liverpool fans.

“When TV 2 announced that they would not show United vs. Huddersfield because they had already put Liverpool’s match on the TV schedule, they were peppered with angry reactions,” explains Langerod. TV2 changed their mind the following day and announced they would show both United’s and Liverpool’s games.

Overall, the reaction to Solskjaer’s appointment has been “extremely positive” according to Langerod. “Remember that for many, this is the guy who made them fall in love with United. Myself, I still shake my head in disbelief when I see some of the titles in articles: Ole Gunnar Solskjaer, managing United.”

United’s Scandinavian Supporters’ Club report on the club every day. The mood has been slipping throughout this season, reflecting the misery of life under Mourinho.

“We did video sessions after the announcement and there wasn’t one single negative comment,” said Langerod. “Normally, someone has always found something to be negative about, even if the videos are positive.”

That positivity was clear at Cardiff on Saturday among the fans, the players, the staff and the coaches. It got even higher after United scored five goals for the first time in a league game for over five years, although nobody will get carried away after one victory.