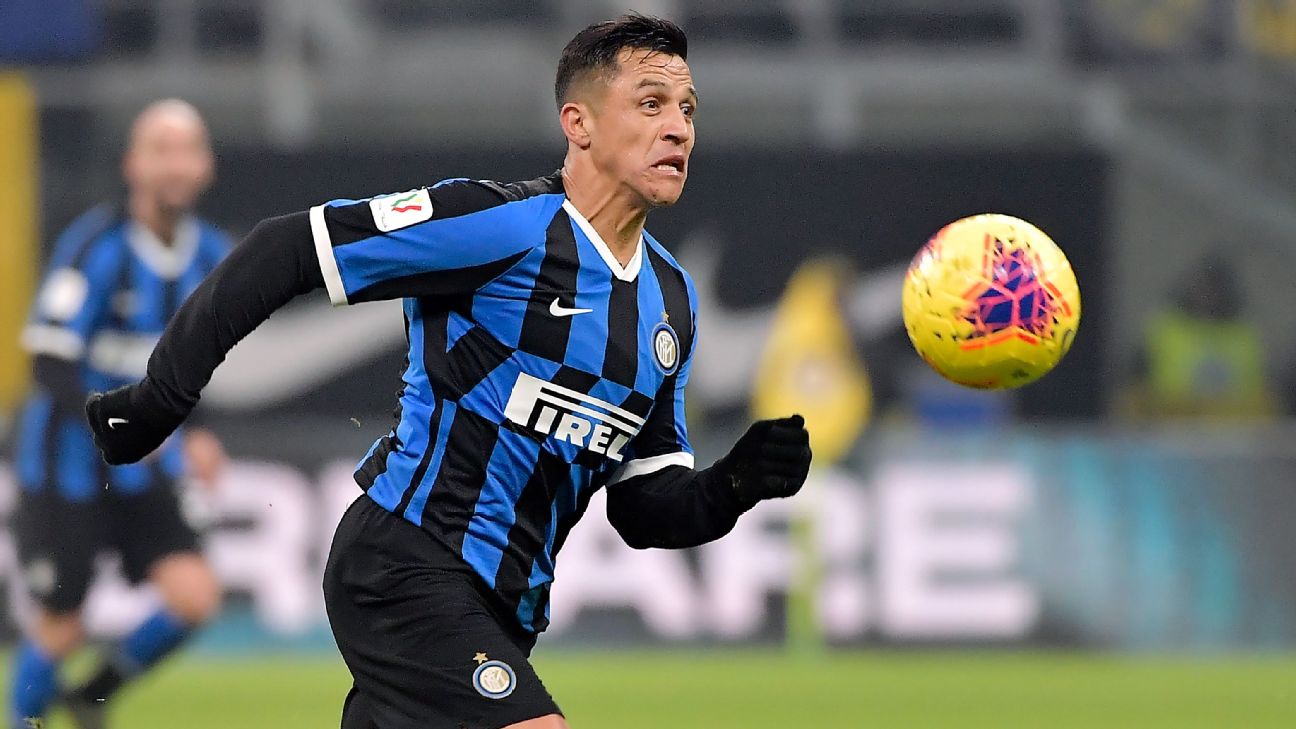 
Manchester United are ready to let loan players spend the remainder of the 2019-20 season at their temporary clubs if leagues are able to restart, sources have told ESPN.

A number of senior players, including Alexis Sanchez, Chris Smalling and Dean Henderson, are spending the campaign away from Old Trafford on short-term deals that were due to end this summer.

But with the campaign set to be extended because of the coronavirus pandemic, United are willing to extend the agreements until the remaining games can be played.

Roma have already indicated they want to keep Smalling, who has made 28 appearances this season, if Serie A is allowed to restart.

Sheffield United are also confident that Henderson will be allowed to remain at Bramall Lane despite Chris Wilder’s side potentially challenging United for a European place. Sheffield United are seventh in the table, just two points behind United in fifth. The two teams still have to play each other at Old Trafford, although Henderson would not be allowed to play that fixture under league rules.

Sanchez’s loan at Inter Milan is more complicated since the Chile international has not been a regular for Antonio Conte’s side having been restricted to just 15 appearances.

Each extension will have to be agreed by both clubs and the player and official talks are unlikely to take place until the dates of the various restarts are known.

The Premier League confirmed on Tuesday there were six positives from three clubs for coronavirus after tests were carried out on 748 players and staff.

Clubs are aiming to resume the season in June, and United’s squad are expected to be back in training at Carrington on Wednesday. Social distancing measures will be implemented and players will only work together in small groups.

“We’ve known for around a week that it was a possibility, but United have had to make it the safest possible environment for all the players and staff,” left-back Luke Shaw said.

“We’ll still social distance throughout, we’ll arrive in our training gear and shower when we get home.

“The rules have to be really strict but we’re obviously all going to stick to them just to make sure things run as smoothly and safely as possible.

“I think we’re all determined to do things properly because we’re all looking forward to getting back on a proper pitch. Running down at the park is OK, but obviously it isn’t ideal.

“We have to do our work, keep fit and it’ll be nice to be around different people and see the boys again for a bit longer. It’s a massive step forward to get on the same training pitch as each other.”

Meanwhile, United have urged supporters not to travel to games if the Premier League resumes behind closed doors and promised to work with authorities to ensure the fixtures are shown on television in a bid to remove the temptation.

“It is now widely accepted that any matches that may take place will only do so behind closed doors,” United told fans via an email.

“We share your disappointment that you will not be able to watch United in person from within the stadium but we would encourage you to give your continued support from the comfort and safety of you home.

“To help with that, the Premier League and their media partners will work to deliver the very best broadcast coverage of our games. We also ask for your co-operation not to travel to any stadiums at which we are playing on matchdays.”

United have nine outstanding Premier League games to fulfil, including four at Old Trafford, as well as outstanding fixtures in the FA Cup and Europa League.