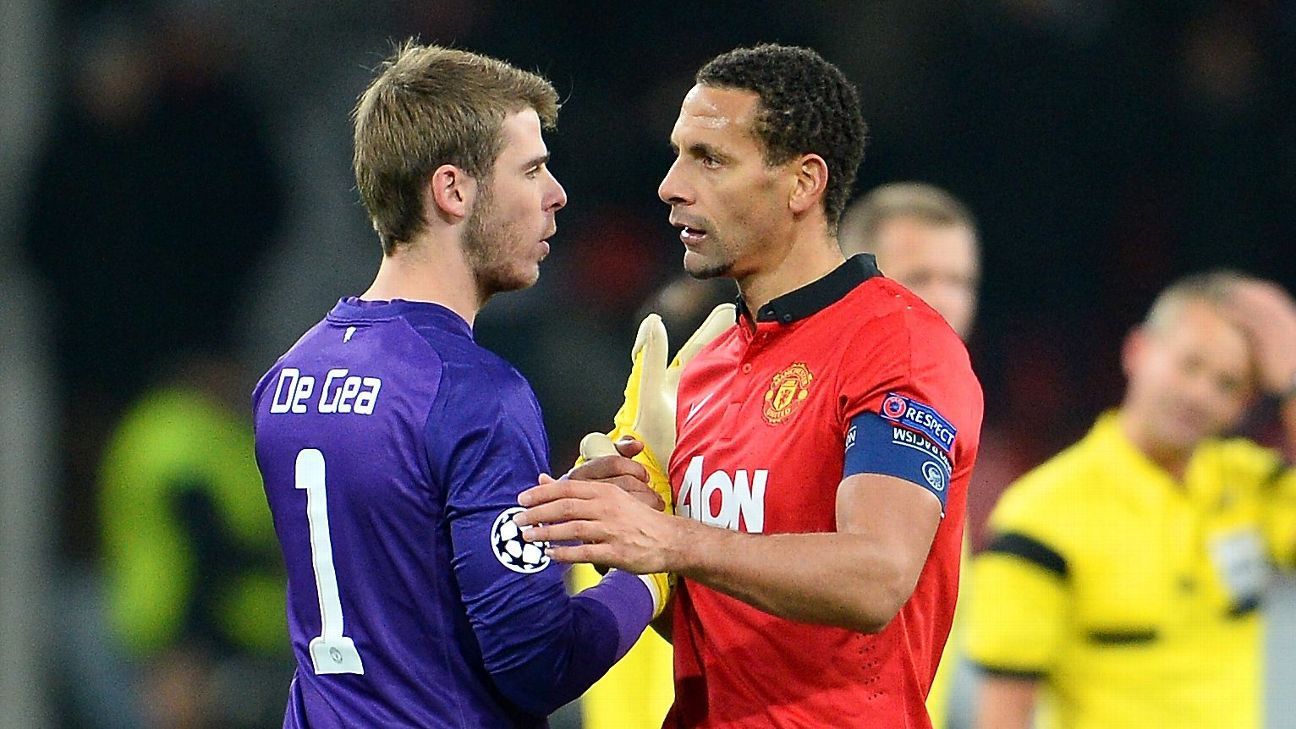 
David De Gea has been hailed as the world’s best goalkeeper by former Manchester United teammate Rio Ferdinand, who admitted that he and other players had their doubts about the Spain No. 1 when he first arrived at Old Trafford.

De Gea was at his commanding best and made vital saves to allow United to scrape a 0-0 draw at Sevilla on Wednesday in the first leg of their Champions League round-of-16 tie.

Ferdinand called him “outright the best goalkeeper in the world,” with one save standing out on the night. Luis Muriel looked certain to score when he was given space to head at goal just before half-time, yet despite making a firm connection from four yards, his effort was brilliantly pushed over by De Gea.

“Time and time again he produces saves like this, but the great goalkeepers don’t have to make saves every 10 minutes,” Ferdinand said on BT Sport. “He can be called upon once in a game and he’s got to be there, it’s that concentration at the top level and he has that in abundance.”

Looking at De Gea’s save from Muriel, Ferdinand added: “The speed of that is phenomenal, breathtaking.”

De Gea joined United from Atletico Madrid in 2011, and Ferdinand admits there were players in Sir Alex Ferguson’s squad at the time who were not convinced early on, with the former England defender suggesting he was among them.

“When he first came, as players we were sitting there with doubts really — ‘We need to win every year, how are we going to do that with a young kid, inexperienced, who looks like he’s lacking confidence?'” Ferdinand said.

“Where he is today, that’s a sign of someone who’s worked hard and got to where he needs to get. I think all round he is the full package.”

“He’s saved Manchester United so many times and saved them so many points and tonight, he’s probably ensured that they’ll go through,” Scholes, the former United midfielder, said following the game.

Muriel, meanwhile, told Sevilla’s website that he probably would have scored had he directed Jesus Navas’ cross elsewhere.

“I have that bitterness of that goal opportunity at the end of the first half,” Muriel said. “It was a perfect ball from Jesus and I hardly had to jump. Perhaps I directed the effort a little to the body and should have angled it more. I went for force rather than direction but he made a great save and it’s a pity. “

“He is a great goalkeeper,” Muriel said. “Our only disappointment is not to have scored having had chances to do so. We deserved much more from this game although it was important for us not to concede. But we must move on.”