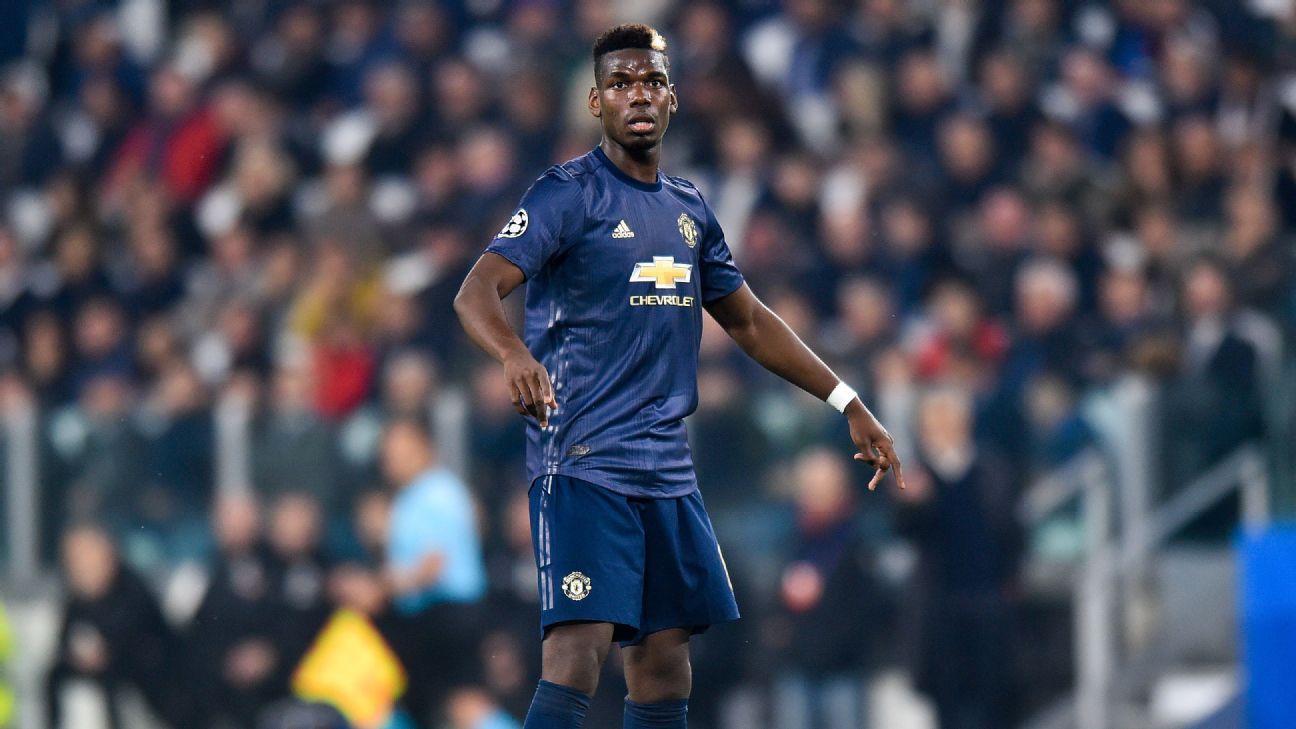 
Taylor Richards could be the next Manchester City youngster to break into Pep Guardiola’s first team — thanks to a little help from Paul Pogba.

Insiders have told ESPN FC that there is plenty of excitement around the 17-year-old midfielder, who has already been the subject of a bid from Ligue 1 side Monaco, according to reports in France.

The Londoner is a powerful goalscoring midfielder with quick feet and great vision, which has already seen him make the step up to train with the first team under the watchful eye of Guardiola.

But it’s across the city at rivals Manchester United where he is getting the big inspiration with Richards striking up a close relationship with Man United star Pogba. The World Cup winner with France has taken a special interest in Richards, watching him play for City’s Under-23s and regularly inviting him to his home for dinner to offer advice and encouragement.

“Paul’s like my big brother up here. He always helps me. He gives me advice on what to do and if I have a rubbish game then he tells me,” said Richards, who joined City from Fulham as a 14-year-old. “He has [been to watch me and] tells me if I need to run more but that’s just Paul.

“I feel like when I’m with him he gives me inspiration to go to the top and to be the best player I can be because I don’t want to leave anything behind. I just want to be at the top and he shows it’s there for you if you want to get it.

“When he was at Juventus he came down and I met him and since then we’ve always been close. Sometimes I go over to his house for dinner.”

So close is their relationship that, Richards even messaged the United midfielder about his elaborate penalty technique. “I told him when he missed that penalty that he’d better not miss it like that again!”

The England U18 international says he’s taking on Pogba’s advice. Richards has great skill but candidly admits that he may not always have worked as hard as he could have done. But after the frustration of a knee injury that ruled him out for the final six months of last season, Richards says he’s now determined to give everything to break into Guardiola’s side.

“It was a slow start to be honest — not playing and not being the Taylor I was before,” he said. “It was my first real injury. It was quite hard to take but with other people doing well you feel like you could push on yourself a bit.

“But it happens in the game. My family was there for me and my teammates and now I’m here on the pitch and I’m just trying to push on.

“Now I just don’t want to leave anything on the pitch. I run until I feel like I can’t run anymore and that’s what I’ve added to my game. Last time I wasn’t really running but now I feel like I work much harder than I did before.

“To be honest I was a bit lazy. Now I feel like, since the injury, it wasn’t a good place where I was. Now I just don’t want to leave anything on the pitch, I want to go for it.”

Working alongside players such as Kevin De Bruyne, David Silva and Fernandinho has shown him what it will take to get to the top. “I’ve trained quite a few times with the first team and whatever opportunity I get it’s just a blessing,” Richards said.

“I just want to perform on the pitch and if the manager picks me over there then I’m happy for it. You have to keep listening and learning because you might not get that opportunity again.

“They’re all great people and they all try to help you because I’m a young player so they just want the best for you. They were in that situation before so they just try to help as much as they can.”

Breaking into Guardiola’s first team won’t be easy, but teenagers Phil Foden, Brahim Diaz, Adrian Bernabe and Claudio Gomes have all come through Ciy’s Academy to get minutes on the pitch this season.

“I’m so happy for them to get first-team debuts,” Richards added. “When my time is my time I’ll be grateful for when my time comes. So if it’s there time now, I’m happy for them and my teammates and when it’s my time, hopefully I’ll take my chance.”