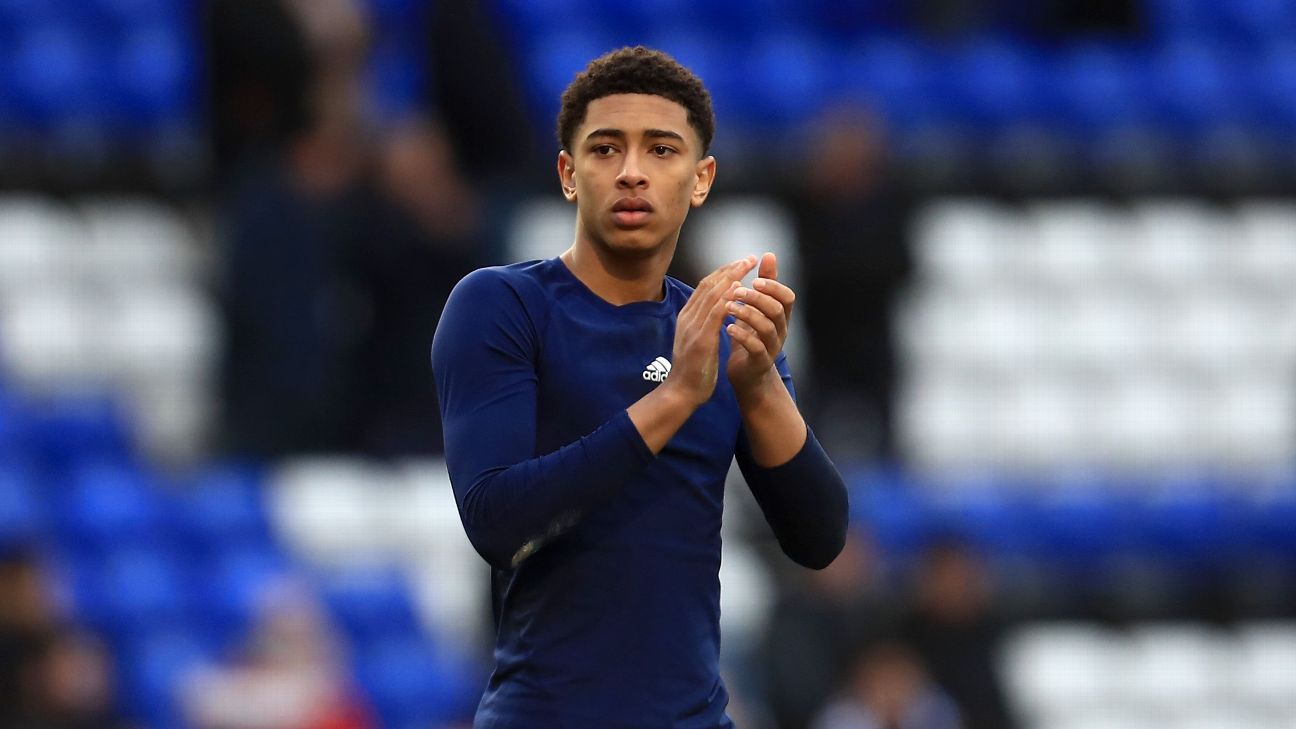 
Manchester United will have to tempt Birmingham City with guaranteed cash to sign Jude Bellingham, sources have told ESPN.

United are keen to land Bellingham, 16, in the next transfer window and have assured the midfielder he will be part of Ole Gunnar Solskjaer’s first team squad, and not the under-18s or U23s.

– Stream ESPN FC Daily on ESPN+ (U.S. only)
– Premier League: It’s back! Here’s all you need to know

Privately, Birmingham accept they will have to cash in on Bellingham as they look to ease their financial problems but the Championship side want a large chunk of the fee up front before parting with their prize asset.

So far, United have been willing to offer a structured deal made up of a smaller down payment and a series of bonus linked to future success in both the Premier League and Champions League.

But if they are going to see off competition from Borussia Dortmund and Arsenal, they will have to increase the amount of money Birmingham are due immediately. An enquiry made in January was knocked back, but United continue to monitor the situation.

Bellingham, who has had a tour of United’s Carrington training base, remains a key summer target despite a growing belief at United that Paul Pogba will remain at the club.

Pogba’s future is in doubt but the financial implications of the coronavirus pandemic have further reduced the market for a player United still value at more than £100 million. Pogba has a year left on his contract, while the club also hold an option to extend for an additional 12 months until 2022.

Bellingham has impressed during his first season in senior football, making 35 appearances and scoring four goals.

Dortmund are leading the chase but United have refused to give up hope of convincing the teenager that he will get enough opportunities in the Premier League to continue his development.