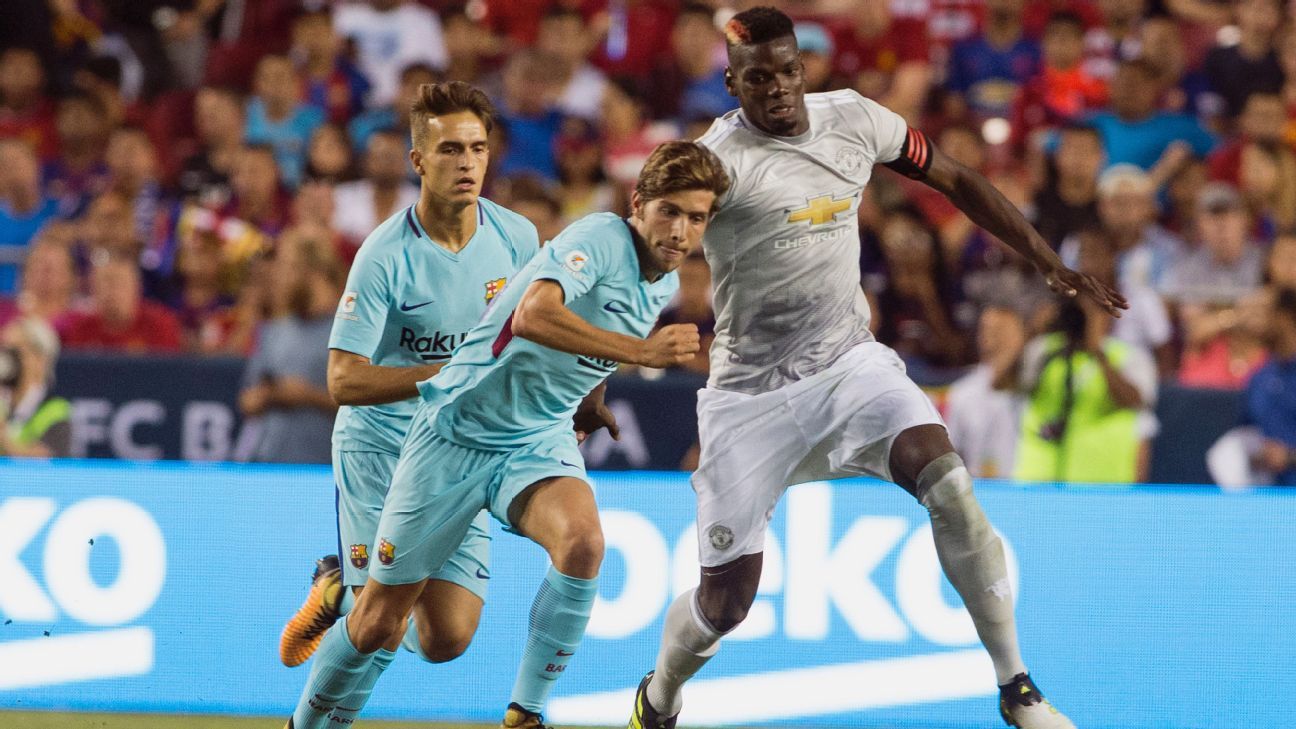 
Manchester United are the world’s most valuable football club for a second consecutive year, according to the annual list published by Forbes on Tuesday.

The Premier League runners-up, who last year ended European champions Real Madrid’s four-year stint at the top of the list, were valued at $4.12 billion, up 12 percent from a year ago, Forbes said.

Real Madrid, who last month won a third-straight Champions League title, were second, with a value of $4.08 billion, up 14 percent from the previous year.

According to Forbes, which bases valuation on the level of equity plus net debt, Barcelona or Real Madrid could soon take over top spot — the former because of their consistently high performance in the Champions League and the latter because of additional expected revenue from their renovated stadium when completed in four years.

Only the top three clubs rank in the top 10 teams in all sports, with United, Real Madrid and Barcelona taking up the 2-4 spots behind the NFL’s Dallas Cowboys but just ahead of baseball’s New York Yankees.

Forbes said the 20 most valuable teams are now worth an average of $1.69 billion, a rise it attributed to the decline in the value of the U.S. dollar relative to the Euro.

The 20 most valuable clubs:

Bundesliga is all Bayern, Barcelona still fancied in La Liga, Serie A wide open: Predicting Europe’s top leagues
How Higuain’s switch from Juventus to Inter Miami helped him ‘get back his love for the game’
Atletico Madrid’s three-for-one offer for Antoine Griezmann rejected by Barcelona
Man United hit by cyber attack ahead of Premier League clash with West Brom
Nicolas Pepe epitomises Arsenal’s frustrations at Leeds with naive sending off in 3/10 performance