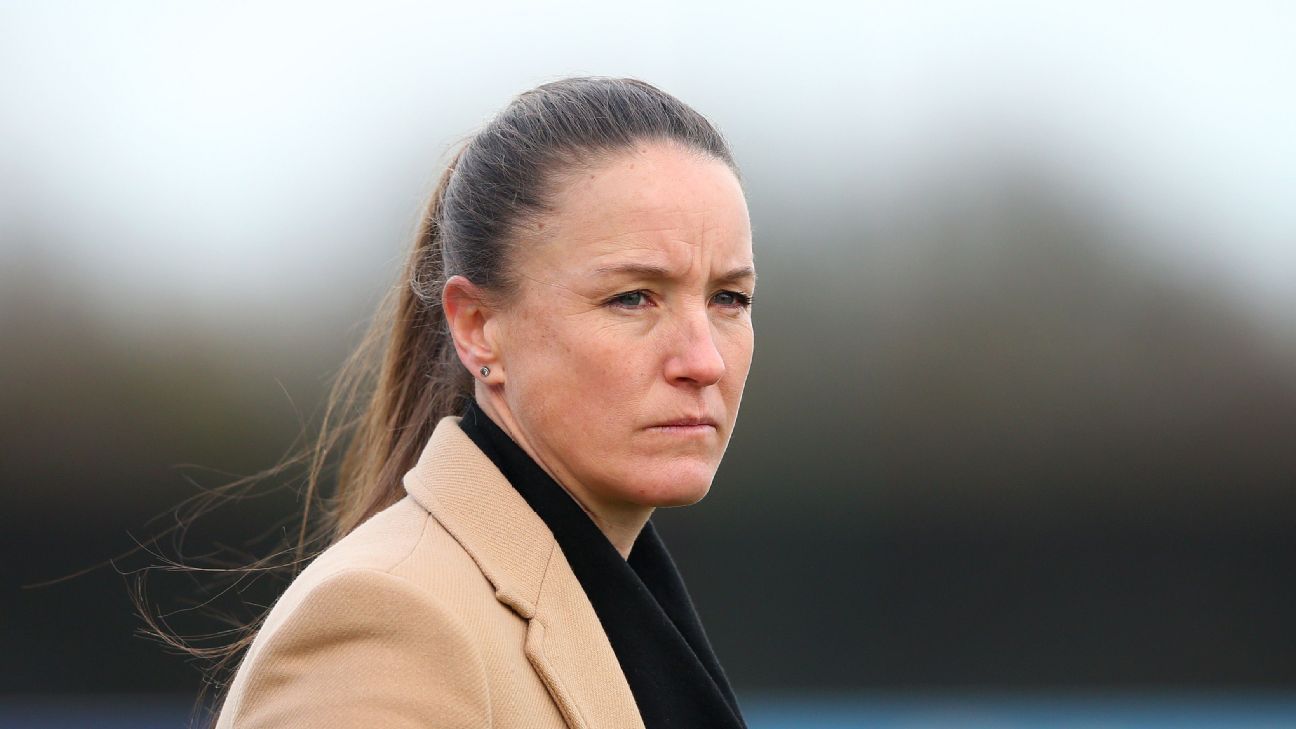 
Manchester United women’s manager Casey Stoney has said that a move to League One or League Two is not a step-up from the WSL and there is a lack of respect for women managers.

Stoney’s comments follow Chelsea women’s manager Emma Hayes rejecting reports earlier this week that she was on the shortlist for the head coaching role at League One side AFC Wimbledon and that she was not looking for another job.

“I think Emma Hayes put it brilliantly when she said let’s starting talking about the candidate and their qualities rather than the diversity part of the subject,” she said at a press conference on Friday.

“I thought it was very, very well put. I definitely don’t see it [a move to the men’s game] as a step-up, like Emma said I am very fortunate to manage world-class players in a team that is doing very well.

“At the same time you are very much guaranteed the sack in men’s football in a lot less time in the women’s game, so in terms of security that is not a step-up to be honest.”

The English manager continued and reiterated the lack of respect given to female managers despite managing at the highest level of the professional women’s football.

“There obviously isn’t enough respect if managing a League One, League Two football club is considered a step-up from the highest level of the women’s game,” she said.

“You have some fantastic coaches in the women’s game, you look at the success of Hayes at Chelsea and the success and knowledge she has.

“There is definitely not enough respect given to coaches like that who have earned their stipes and have done so much. It is tough when you look at the 92 football league club’s and there is not enough female presence.

Stoney also spoke on the futures of USWNT stars Tobin Heath and Christen Press, who are in the final few months of their contract with the club.

“With Heath and Press they only signed a year. So it will depend where they feel that their future lies. I haven’t had the conversation yet,” Stoney said.

“But it is obviously a conversation that we would like to have with them. They have been good players for us over the last six-seven months, but their future is theirs.

“As a football club we love having them, we would love to keep them but they are individuals and they will make their decision.”

Manchester United, who are second in the WSL, will next play sixth place Reading on Sunday as they try to overtake league leaders Chelsea.

Inter end Juventus’ Serie A dominance with first title in 11 years
Man United target Sancho can leave Dortmund for €100m
Tottenham have option to extend Bale loan from Real Madrid
Man United owner Avram Glazer refuses to apologise over European Super League involvement
If Man United finish off Roma and go on to win the Europa League, it would back up Solskjaer’s claim that he’s the right man for the job