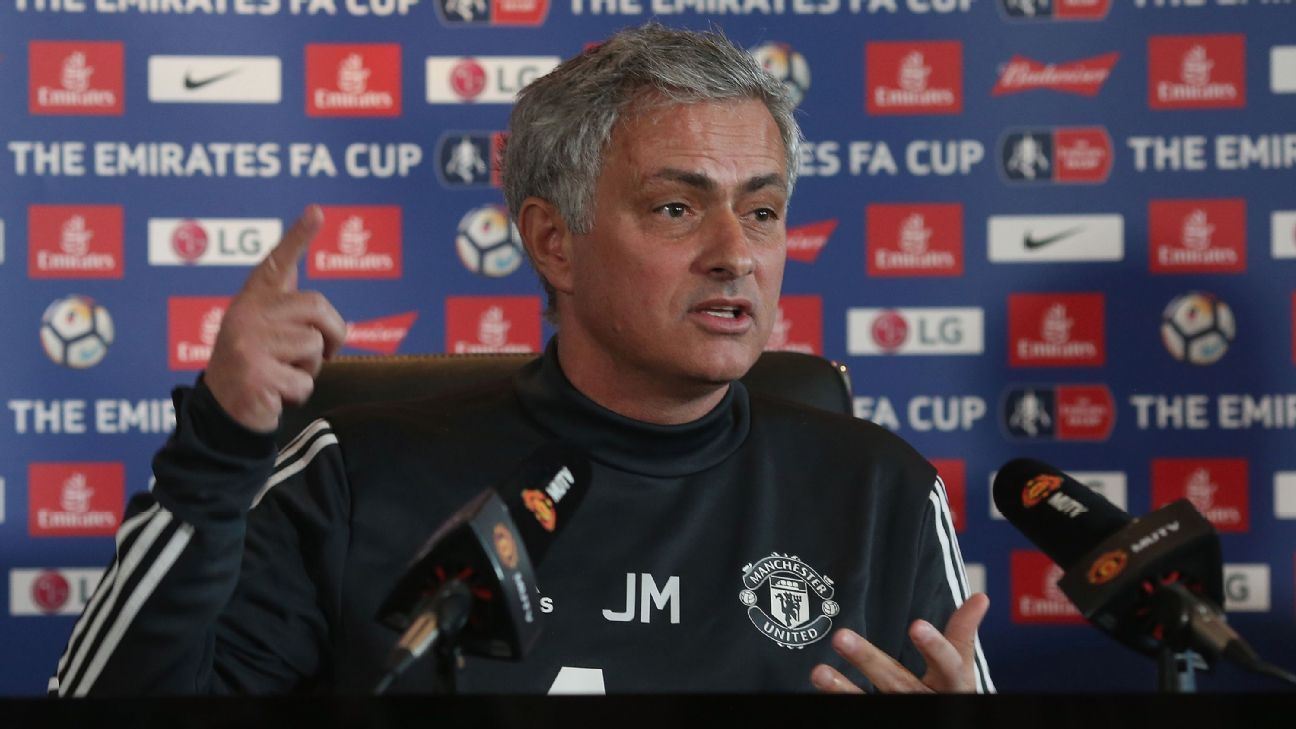 
Throughout his first two seasons at Manchester United, Jose Mourinho has regularly faced criticism for being too defensive. Although it’s an issue that’s dogged him throughout his career, it’s arguably only been problematic at two clubs, Real Madrid and Manchester United, whose supporters believe their club boasts a proud tradition of playing attack-minded football.

At Porto, Chelsea and Inter, Mourinho often played defensive football without much dissent from fans largely because he led them to historic highs. Yet the truth about Mourinho’s strategy is rather more complex.

Mourinho is certainly more defensive-minded than the majority of other top-class coaches, in an era where the likes of Pep Guardiola or Jurgen Klopp preach the importance of dominating matches through possession play or relentless, high-tempo football. But realistically, Mourinho is a pragmatist: he plays each match tactically, taking the optimum approach each time.

In truth, it’s very difficult to win a major league by playing defensive football: teams must be capable of winning an extremely high number of games, and increasingly against opponents who sit very deep. Mourinho has regularly proven capable of creating cohesive attacking units. His Inter side were perfectly attractive in league games before reverting to a defensive approach against possession-based sides in Europe. His Real Madrid side scored a record number of La Liga goals. His Chelsea title-winners of 2014-15 were spectacular in the first half of the campaign.

Mourinho is more pragmatic than purely defensive but this is why his approach for Tuesday night’s disastrous 2-1 defeat against Sevilla is so concerning.

Vincenzo Montella’s side are an attractive, technically gifted outfit, but they’re somewhat inconsistent going forward, can be exposed by midfield pressing and don’t boast the strongest centre-backs. Manchester United had the necessary tools to take the game to Sevilla and cause them problems. Instead, they stood off and let Sevilla play, then offering almost no counter-attacking threat whatsoever.

Forget any aesthetic concerns: United simply weren’t taking the optimum approach. They were playing defensively when they should have attacked. Mourinho had become the caricature of himself.

By now, there’s no reason for United to be playing negative football as Mourinho offers attacking options to rival most clubs in Europe. Look at what Manchester City are doing with two attack-minded midfielders, two wide forwards and a centre-forward; there’s no reason that Mourinho couldn’t have been bolder in midfield.

Juan Mata and Paul Pogba, a brilliant creator and a driving central midfielder, sat on the bench while Marouane Fellaini was used in midfield, presumably to offer physical presence, yet was instructed to sit deep and protect the defence. For all his technical quality, Jesse Lingard still feels like a functional player, a worker rather than a genuine creator.

Mourinho used the wrong players and the wrong strategy. His excuses, in the aftermath of the defeat and then in a sustained rant during Friday’s press conference, won’t have impressed United fans, though may have deflected some attention away from the Sevilla performance itself.

A theory persists that Mourinho’s approach is simply outdated, that more attack-minded coaches have taken the game further and what is perceived as a largely counter-attacking approach is no longer appropriate. But Mourinho beat Guardiola’s Barcelona to the La Liga title in 2012, and he won the Premier League in 2015. It’s questionable whether football has changed to such a large extent, and in such a short period of time, that Mourinho’s philosophy is now extinct. It’s certainly notable that Manchester United press less than their title rivals, preferring to take a deeper block before attacking quickly. But again, Atletico Madrid and Leicester City’s title successes in 2014 and 2016 indicate this probably remains a viable approach.

Besides, Mourinho hasn’t done a bad job at Manchester United. Last season he won the League Cup and the Europa League, albeit while finishing sixth in the Premier League. This season, while Manchester United remain some way behind Manchester City, their current second place is hardly disastrous considering United haven’t finished that high since the Sir Alex Ferguson days. They’re also currently the favourites to lift the FA Cup in part because their quarterfinal draw, at home to Brighton on Saturday evening, is kinder than Tottenham and Chelsea’s away trips to Swansea and Leicester.

Winning the League Cup, Europa League and FA Cup in the space of two seasons, while also taking the club up to second position, might not be considered historic achievements in the context of Mourinho’s career or the club’s past couple of decades. But it’s probably all that could be reasonably asked: with Chelsea and Manchester City recording incredibly high points last season and this, the title probably wasn’t within United’s reach anyway.

The problem, of course, is that Mourinho’s sides tend to peak in their second season, with recent evidence suggesting they go downhill in the third. With both Real Madrid and Chelsea, in his second stint at Stamford Bridge, at times his squad appeared openly at war with their manager. His gloomy demeanour and his obsession with squabbles through the media, more than his on-field tactics, provide the greatest source of negativity in Mourinho’s management.

The Sevilla defeat is not fatal for Mourinho but it should be considered the first strike against his name. It was a vast tactical misjudgement that sent United out of the European Cup early and essentially means they must still be considered a second-tier side, some way behind Europe’s true elite. But Mourinho has tended to thrive when his clubs have been considered underdogs and his track record of success suggests that eventually, he will get things right.