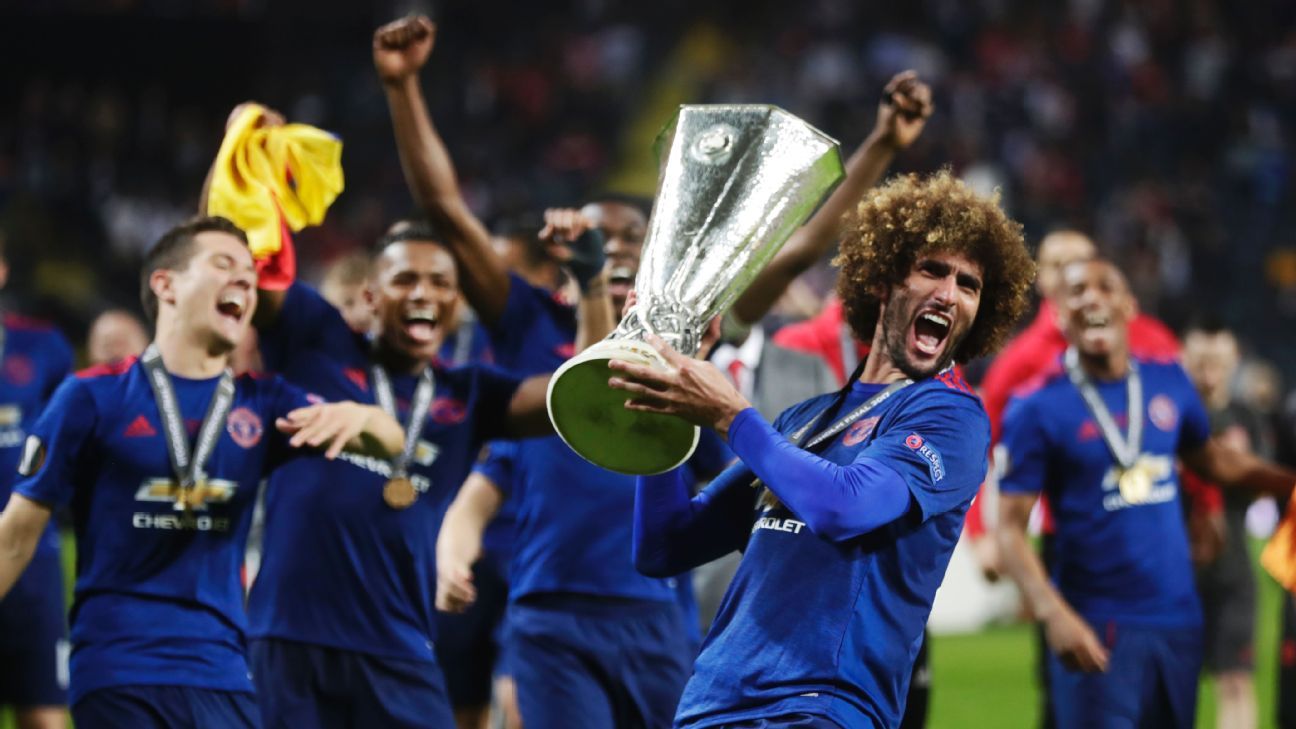 
There have been few seasons when every club in the Premier League’s top six can start the summer with an air of satisfaction. Chelsea, Tottenham Hotspur, Manchester City, Liverpool, Arsenal and Manchester United all have a strong base to build on for the coming campaign.

United were the most successful club. For much of Jose Mourinho’s first term in charge, United were disappointing. They struggled in the league and were dangerously close to having a catastrophically bad season. Instead, they emerged with two trophies and a Champions League place. Who cares about finishing sixth? The EFL Cup and the Europa League reside in the Old Trafford trophy room. The fans experienced two joyous days out at Wembley and Stockholm. It could hardly have turned out better.

Few managers win silverware; fewer still do it time and time again. Mourinho has the knack of getting his team over the line and lifting trophies. When he adds in the Champions League spot that comes with winning the Europa League, he can be a satisfied man.

United have money to spend and can offer recruits participation in the continent’s biggest competition. The Portuguese and his team might have lived on the edge for much of last season but they are best placed going into the coming campaign.

Antonio Conte’s brilliance in bringing the title to Stamford Bridge after a dreadful start made him manager of the year. He deserved his award: if Chelsea had gone on to do the double, the west London side would have leapfrogged United in this list.

Yet Chelsea are still in a great position to kick on. They have the finances to compete with United and City in the transfer market, and are able to outgun Liverpool and Spurs in wages and fees. Conte is the most pragmatic and adaptable coach in the division. If the 47-year-old can get so much out of a mismatched and threadbare squad, the rest of the division should be worried about how good Chelsea will be when they have Conte’s type of players in the side.

The mood at the Bridge — where success does not always guarantee a manager’s long-term future — is good and the hierarchy are behind the manager. Even better times lie ahead.

Some might scoff and say that the north London club’s season was not a success because they finished outside the top four, but Arsenal fans will remember their victory over Chelsea long after they recall 19 years of Champions League disappointments. Spurs would give anything to win the FA Cup.

Like Mourinho, Arsene Wenger knows how to win trophies but in the past five years, he has become a specialist in the FA Cup. The French manager pulled off a shock at Wembley and put a silver glow on a disappointing campaign. Yet he faces a number of challenges in the coming months. Wenger will be restricted in the transfer market by being unable to offer Champions League participation, although Arsenal’s glamour and London location gives them some advantage in recruitment. He will also need to rebuild after the probable departure of Alexis Sanchez.

The 67-year-old’s career is in decline despite signing a new two-year contract. However, the cup victory represents a significant spike on the downward trend. Clubs like Arsenal should win trophies. Last season they did. That makes it a successful campaign despite their surprising league finish.

Spurs are on an upward curve (unlike their neighbours) and can be satisfied with finishing second this season. They’ve reached the Champions League for the second successive year and will hope to perform better in the competition than last season’s disastrous group-stage effort. The next big hurdle for Mauricio Pochettino’s young team is to actually win a piece of silverware. Competing is good enough for now but to really make an impact they need to win the title or a cup.

And so, Tottenham’s moves in the transfer window will be crucial. They have a fine squad but need depth. They also face the challenge of playing at Wembley. There is much to be optimistic about but the capacity for things to go wrong is large. Next season has to be their season as finishing above Arsenal is no longer enough.

The joy of finishing in the top four should be tempered by having to play in the qualifying round in the Champions League. United, of course, will go straight in to the group stage but getting into the groups is too often treated like an end in itself. It is not; it’s merely a platform to grow. The last time Liverpool were given this opportunity, they squandered it. They did not have the squad to compete in 2014 and they’re in a similar situation now.

Recruitment has been a big issue at Anfield. Under-performance in the transfer market predates Jurgen Klopp but the German needs a good window to give him a chance of building on this past season. The initial indications are not good: their top-four rivals are offering Virgil van Dijk wages in the region of £50,000 per week more than he would receive if he came to Anfield.

Incoming chief executive Peter Moore spent his first day on the job repeating the notion that Liverpool can be more clever in the transfer market than their competitors, but there are two things wrong with this: The club has shown few signs of this shrewdness in recent years and, secondly, transfers are outside Moore’s remit.

It was a good, but not great, season for Liverpool. Big tests are coming.

Expectations were too high for Pep Guardiola when he took over at the Etihad but even if the optimism is scaled back to realistic levels, his first campaign was a bit of a disappointment.

The speed with which City have spent money is an indication of how far they fell below the club’s ambitions. Bernardo Silva’s arrival from Monaco and Ederson Moraes’ acquisition from Benfica are just the beginning of a splurge that will change the nature of Guardiola’s team. The 46-year-old will have players who suit his philosophy by August as City try to make a statement of intent this summer. They will not want to suffer such an underwhelming season again.

Guardiola was not brought to the Etihad to finish third in the Premier League. He was employed to win titles and bring the Champions League trophy to east Manchester. By those standards, he failed last season and so the club will go to huge lengths to ensure he succeeds in the future. Mourinho might have had the most satisfying season but City are coming for United.