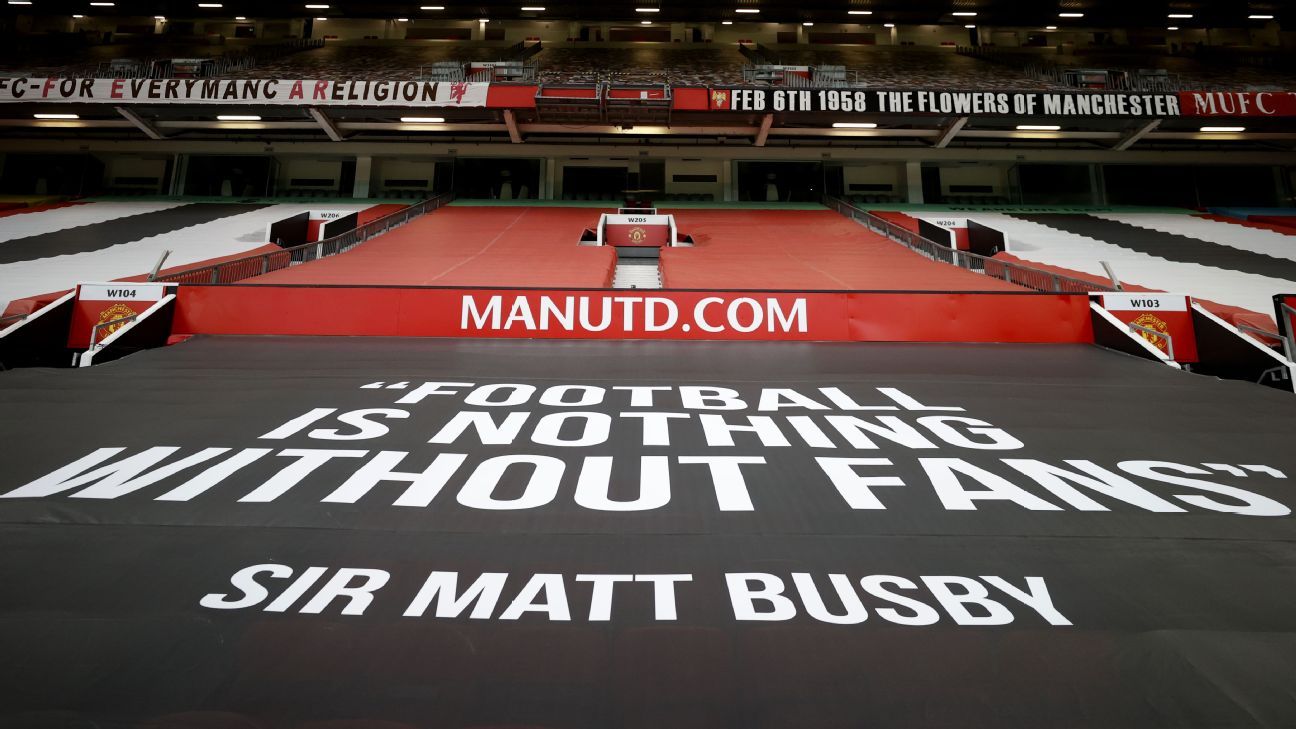 A group of Manchester United supporters broke into the club’s Carrington training base in protest at the failed plans for a European Super League before leaving following a conversation with manager Ole Gunnar Solskjaer.

A group of around 20 fans entered United’s training ground on Thursday morning with banners which read “Glazers out” and “we decide when you play.”

“At approximately 9 a.m. [BST on Thursday morning] a group gained access to the club training ground,” a United statement confirmed. “The manager and others spoke to them. Buildings were secure and the group has now left the site.”

It is understood they also blocked both entrances while players and staff were arriving for training ahead of Sunday’s Premier League match with Leeds United.

United are not denying a version of events published on the Twitter account of United fanzine Red Issue. The exchange with Solskjaer, Michael Carrick, Darren Fletcher and Nemanja Matic reportedly included a question to Solskjaer about why he had not continued to speak out against the Glazers despite making critical comments of the takeover in 2005.

The Norwegian reportedly replied that “Joel Glazer loves the club” but sources have told ESPN the meeting was calm.

United announced their intention to withdraw from the ESL on Tuesday evening following widespread criticism over the controversial plans unveiled 48 hours earlier.

Chairman Joel Glazer issued an apology to fans on Wednesday but the scheme — seen as a coup by 12 of the powerful clubs in the world — has reignited calls for a change of ownership at Old Trafford.

Earlier in the week, Ed Woodward resigned as United executive vice-chairman after eight years in the role.

The former JP Morgan investment banker, who succeeded David Gill as the man in charge of United’s day-to-day operations in 2012, had been planning to step down at the end of the season, sources told ESPN.