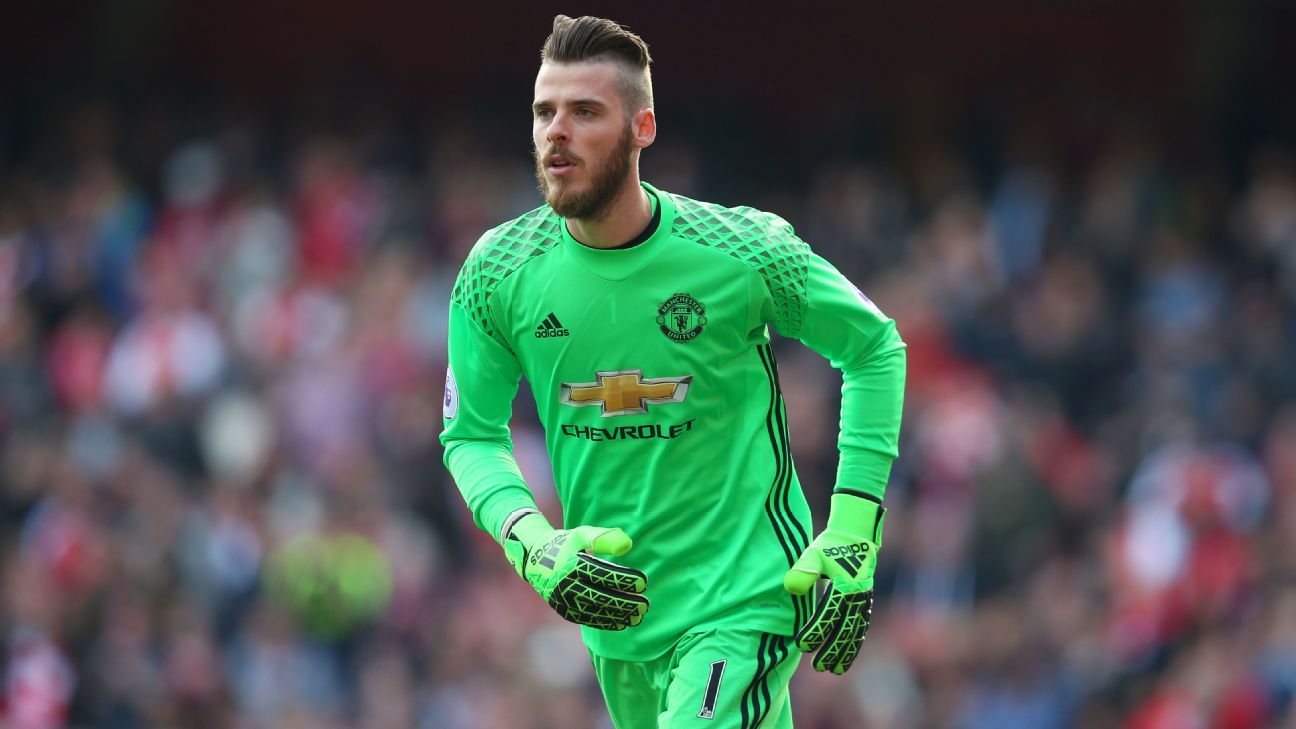 
LOS ANGELES — Manchester United are confident about their prospects of fending off Real Madrid’s renewed interest in goalkeeper David De Gea, with sources telling ESPN FC that the Old Trafford hierarchy are sceptical over the European champions’ ability to pay for the Spain No. 1.

Real, who are currently training at the same base as United in Los Angeles ahead of their International Champions Cup fixtures, are expected to make a second attempt to sign De Gea this summer — two years after dramatically failing to complete a move for the former Atletico Madrid keeper because of a paperwork hitch on deadline day.

While United believe that De Gea is now much more settled in Manchester than two years ago, when his relationship with former manager Louis van Gaal had become strained, there is an acceptance within the club that a move to Real will always be a temptation for the 26-year-old, whose pop star girlfriend Edurne Almagro Garcia continues to live in Madrid.

But with De Gea doing nothing to suggest to United that he wishes to return to Spain this summer, there is no sense of alarm at Old Trafford about his future as a result of Real’s inability to raise funds for a deal by offloading players in the transfer market.

Real have been unable to find a buyer for James Rodriguez, instead agreeing to loan the Colombian midfielder to Bayern Munich earlier this month.

And the Spanish champions’ hopes of boosting their transfer fund by selling Alvaro Morata to United were ended with Romelu Lukaku moving to Old Trafford from Everton for almost £90m last week.

With Real carrying a huge wage bill, sources said that United are aware that Madrid must first sell players before being able to bid for De Gea.

And with the transfer market becoming inflated this summer — Kyle Walker’s £50m move from Tottenham to Manchester City the latest example of the escalation in fees — United would expect to receive a huge offer for De Gea before even considering a sale.

Currently, there is a view within United that Real lack the finances to test their resolve over their highly-rated goalkeeper.