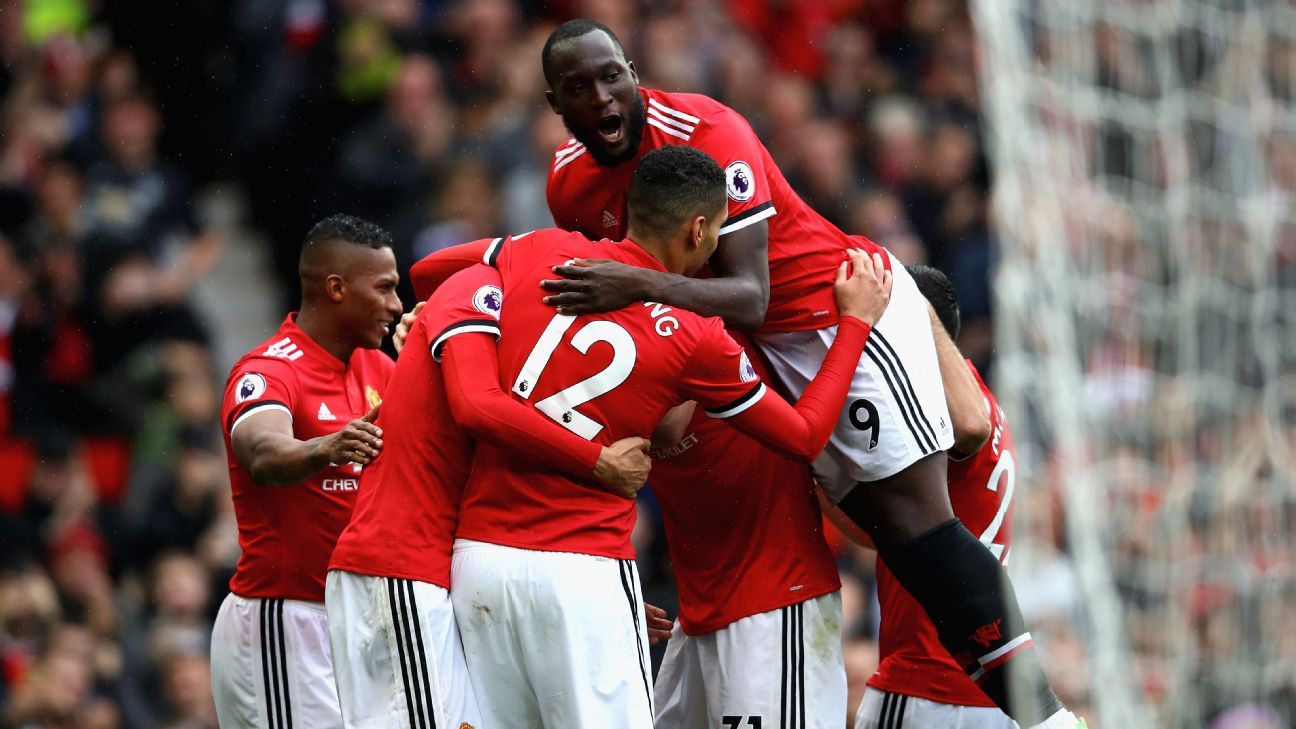 
It is one the biggest turnovers in the history of world football. Last month, Manchester United announced record revenues of over £581 million (€661m) for the 2016-17 season. Their peers are Real Madrid, who brought in €674m in the same period, and Barcelona, whose income was €708m. The superclubs seem in a race to reach £1 billion or €1bn first, with fluctuating exchange rates complicating the plot of their battle for global supremacy.

But United have other rivals. On Saturday, they visit Huddersfield Town. The Yorkshire club seem guaranteed at least £95m in Premier League revenue this season: stay up for at least one year and participation in the top flight should be worth a minimum of £290m.

It can appear untold riches. But the bare fact is that in 2015-16, the most recent season for which accounts are available, Huddersfield’s turnover was a mere £11.3m. United’s income in the same period was £515m, or 45 times bigger. These clubs are around 30 miles apart, as the crow flies. They are also worlds apart.

It is the starkest divide between the Premier League’s haves and have nots. And it is reflected in pay packets. United’s wage bill came to £263m, the biggest in England; Huddersfield’s wage bill in their promotion-winning campaign was around £11m; indeed it was some £2m lower than in 2012-13, whereas United’s went up £81m in the same period.

By way of comparison, Rotherham’s budget for salaries last season was around the same size as Huddersfield’s and Rotherham propped up the Championship, 28 points from safety. In 2015-16, Huddersfield had the fourth-smallest wage bill in the division (and thus, at most, the 41st biggest in England). The following year, as they went up, their entire squad was paid less than Wayne Rooney, who started 10 of United’s last 33 league games.

The former captain played 1,540 minutes of league football. Including the playoffs, the Huddersfield team played 48,510 for their remuneration. It was at a lower level, but the chasm is still remarkable.

Perhaps it is fairer to compare wage bills this season when they are in the same season: United’s, with the arrivals of Romelu Lukaku, Nemanja Matic and Victor Lindelof, plus the re-signing of Zlatan Ibrahimovic, should rise again to around £285m; Huddersfield’s is projected to be around £35m.

The gulf in resources is reflected in the transfer market, too. Both clubs broke their record in 2016: United made Paul Pogba the most expensive player in football history at £89.3m; Huddersfield made Christopher Schindler the 43rd biggest buy in the Championship that summer at £1.8m. The German defender repaid that investment many times over by scoring the winning penalty in the playoff final shootout against Reading to earn elevation. The French midfielder helped United recoup some of his rather bigger fee by scoring in the Europa League final to clinch Champions League qualification.

Before Schindler, Huddersfield’s record buy was Nahki Wells, signed for £1.3m in 2014. When Angel Di Maria joined United for £59.7m that same year, their biggest buy cost around 46 times his Huddersfield counterpart’s fee. In comparison, when Wells’ predecessor Marcus Stewart joined Town for £1.2m in 1996, United’s biggest ever buy was the £7m Andy Cole, less than six times as expensive.

The subsequent widening of the gap between them reflects Huddersfield’s journey down to fourth tier and back, but also the way the rich, aided by Premier League television deals, Champions League revenue and, helped by executives as astute as United’s executive vice-chairman Ed Woodward, commercial and sponsorship revenue, got far richer.

Schindler has lost his title, though. Huddersfield broke their transfer record four times this summer, to bring in Laurent Depoitre, Aaron Mooy, Thomas Ince and Steve Mounie, the biggest buy of all at £11.5m. Yet when they began the season with three consecutive clean sheets, it was with a defence — Tommy Smith, Schindler, Mathias Jorgensen, Chris Lowe and goalkeeper Jonas Lossl — with a combined cost of £5.3m. In contrast, United’s £31.5m centre-back Victor Lindelof has played a solitary minute of Premier League football.

Huddersfield were the 11th biggest summer spenders in the top flight, at £43.5m; United were the third biggest, at £146m. A common denominator, however, is that each should be in the black this season: The promoted club because of their low wage bill; the title challengers, who had an operating profit of £80.8m last season, because of their vast income. Neither is spending money they cannot afford.

And there the similarities end. United are owned by the Florida-based Glazer family after a leveraged buyout; Huddersfield by the lifelong fan Dean Hoyle. It is a safe assumption the Yorkshireman will be at the John Smith’s Stadium on Saturday, an even safer one that the Americans won’t, to witness the clash of the financial opposites.

When Di Maria made his United debut at Turf Moor in 2014, Burnley could calculate he had cost more than every signing in their history combined. Should Huddersfield want to do the maths, it is very possible Pogba or Lukaku’s fee would exceed their overall outlay on transfers in their 110-year history. On the footballing field, they are in the same league as United. In the financial sphere, they definitely are not.