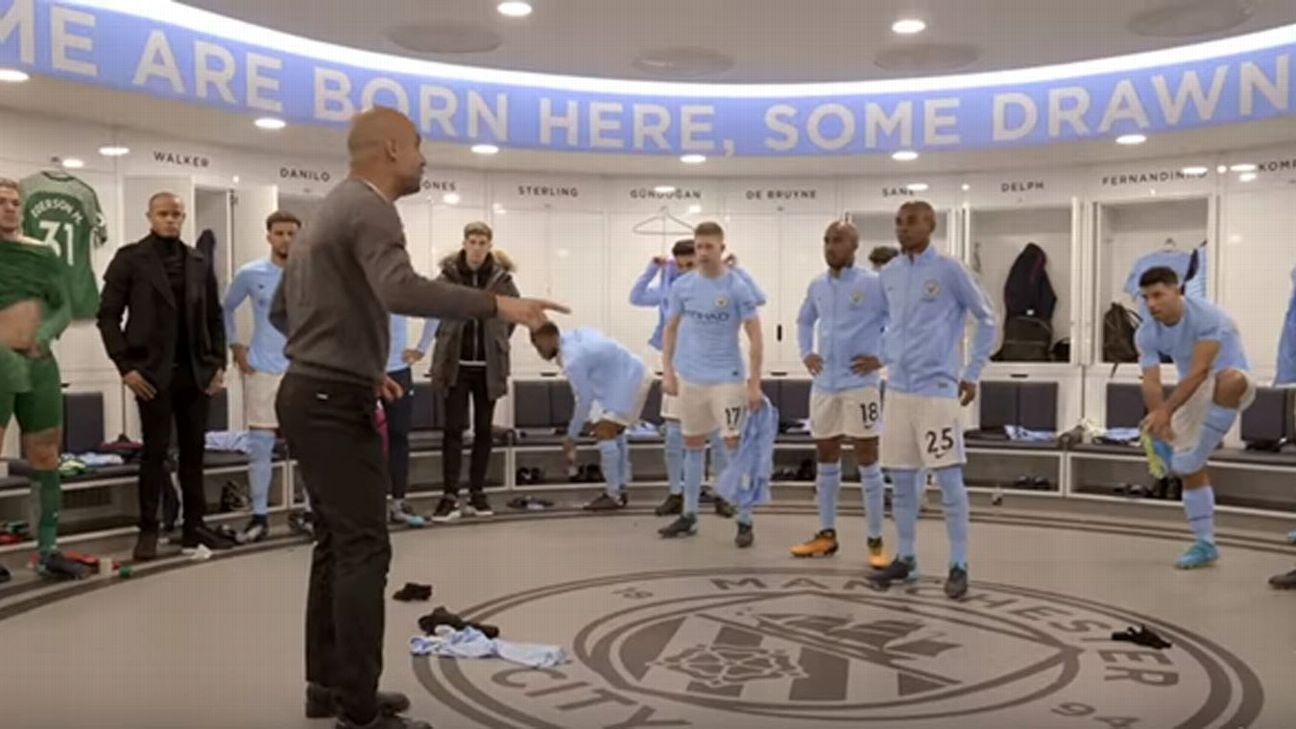 
Manchester City’s “All Or Nothing” documentary offered unprecedented access behind the scenes, and that was always likely to upset some people. While some critics have suggested it is nothing more than sanitised propaganda, it’s no surprise that rival manager Jose Mourinho, who has barely cracked a smile since he moved to Manchester to reboot his rivalry with Pep Guardiola, was a critic of the eight-part Amazon Prime series.

Claiming that “money can’t buy you class” in reference to City’s wealth, Mourinho was upset by the documentary’s portrayal of him and United. The narration, from Oscar-winning actor Ben Kingsley, focuses on the contrasting styles of managers, with scenes of fans revelling in the “Park the Bus” chant that soundtracked City’s victory at Old Trafford in December 2017.

Mourinho also joked that he wanted royalties for his appearance in the show, though he claimed that he hadn’t watched it. Had the Portuguese coach sat down for the full eight episodes, he might have been more upset about how little he and his team appear.

There is the gentle ribbing during and after the first derby win, though the tunnel bust-up that followed is glossed over. There is also an honest depiction of the return fixture four months later, which presented an opportunity to clinch the Premier League title against their bitter rivals. Guardiola tells his players how much it would mean to win the title at home to United, and fans are interviewed close to tears at half-time with City leading 2-0.

Paul Pogba inspired United to a shock 3-2 turnaround, and the result is shown to be the huge disappointment that it was.

Players are filmed squabbling in frustration in the changing room after the game. “In the second half, they took us physically,” Yaya Toure insists, while Fabian Delph says: “It’s simple. It’s straightforward. We stopped f—ing running.”

Guardiola, calm and astute as he is throughout the series, replies: “Football is not flowers, a good holiday and say everything is easy. Football is so complicated at the high level, guys. We tried to build something good, and you did do good. You have to make the last level, guys, everyone together.”

What is surprising is that there is discussion about the strength of quality of United’s team — City’s closest rivals, albeit 19 points behind. That’s surprising when put into the context of how concerned the coaching team is about the attacking threat posed by Liverpool.

City beat Jurgen Klopp’s side 5-0 in September, but before the game, Guardiola is shown frantically moving magnets around a whiteboard pointing out the various threats that Liverpool offer. “I don’t have all the answers,” he admits in the episode. “Often when I don’t know something, I act in front of the players as if I do.” It was a portent to what would happen in the new year, with three defeats before the season was out.

The staff look far from happy when their Premier League rivals are pulled out as opponents for the Champions League quarterfinals. Three days before the first leg, Guardiola is seen fretting about Liverpool with assistants Domenec Torrent and Carles Planchart in the Everton dressing room moments before an important game.

“The forwards of Liverpool are good,” Guardiola tells them. “They scare me. They’re dangerous, I mean it … Our wing-backs can’t cover their wing-backs.”

Torrent, a trusted assistant who has since become manager of New York City FC, adds: “I watched our game yesterday when we went there [to Anfield] and lost. They played on another level. If you want to beat them, you have to work to do it. If we are at our best, we are better than Liverpool.”

Liverpool went on to win the tie 5-1, although the documentary is keen to push a number of key decisions that went against City: two offside goals wrongly ruled out and a penalty not given for which Guardiola protested and will be banned from the bench when they kick off this season’s campaign, after being sent off in the second leg.

Coming out on Amazon the week after the opening game of the season, the series can almost be seen as preview to this campaign as much as a review of the previous. Just two weeks in, City and Liverpool already occupy the two top places in the Premier League.

While Guardiola is looking to build on his incredible, record-breaking season and make further inroads into the Champions League, Klopp strengthened substantially in the summer to try to sustain a serious challenge. Mourinho, on the other hand, looks to be on a collision course for trouble, falling out with players and club hierarchy and unable to produce the attacking football of his rivals.

His annoyance with the documentary might be more that he is now seen as a bit-part player and no longer the star of the show.