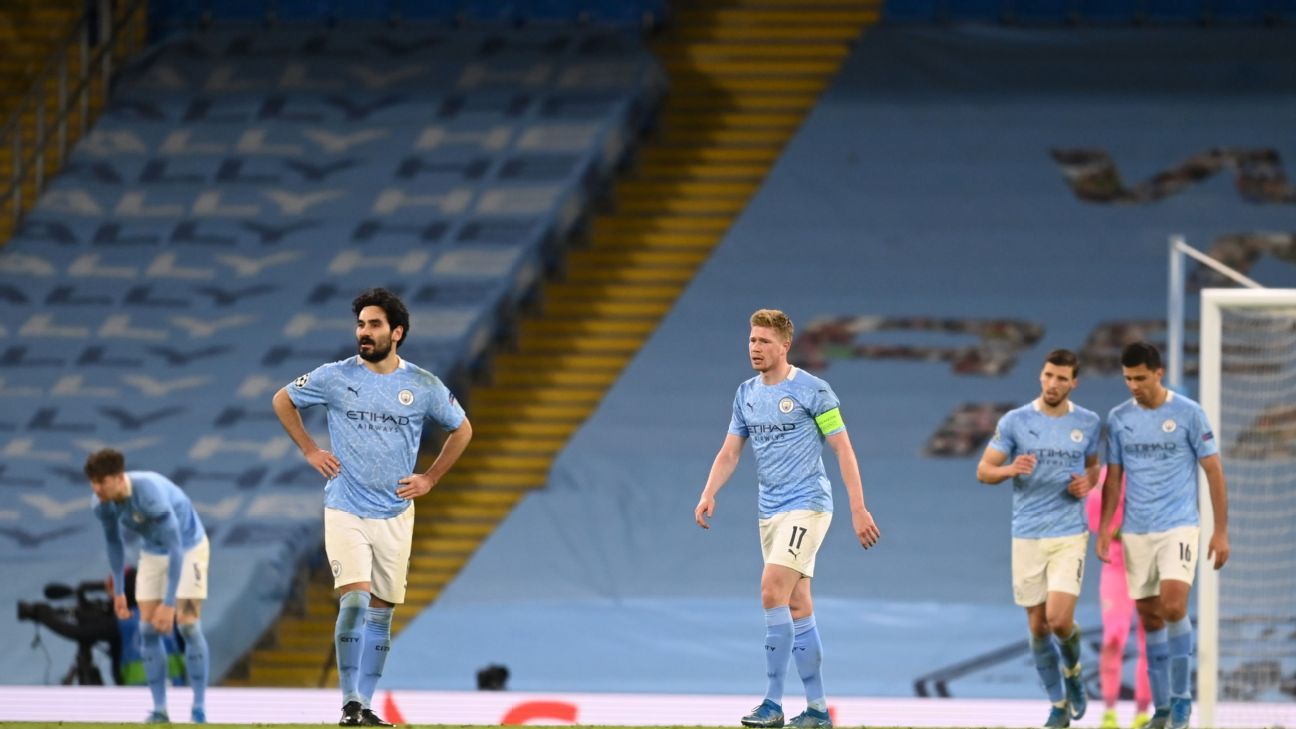 
Manchester City are living dangerously in the Champions League once again. Phil Foden‘s 90th-minute winner may have earned them a 2-1 quarterfinal first-leg victory over Borussia Dortmund, but Pep Guardiola’s team have left themselves vulnerable to yet another early exit from the competition they are so desperate to win.

This is Guardiola’s fifth attempt at delivering Champions League glory for City and the former Barcelona and Bayern Munich coach has still to take the club beyond the last eight.

But having been eliminated by Monaco (Round of 16), Liverpool, Tottenham, and Lyon since Guardiola took charge in 2016, City will face Dortmund next Wednesday knowing that they have left the door open for the Bundesliga side to inflict more quarterfinal misery on them.

“It is better to win than draw,” Guardiola said. “2-1, Champions League, we are going there (Dortmund) to win the game.”

This was a night when history showed signs of repeating itself for City. Not for the first time in a game of this magnitude, Guardiola started with a surprise XI, having left Raheem Sterling, Sergio Aguero, and Gabriel Jesus on the substitutes’ bench. It was only Foden’s goal that spared Guardiola greater scrutiny for his selection.

But while City ultimately scraped the win, it is tough to argue that they deserved the victory.

A poor performance by referee Ovidiu Hategan was capped by the Romanian official’s decision to disallow a goal by Dortmund’s Jude Bellingham on 37 minutes for a foul on City keeper Ederson.

Even in real-time, it appeared a harsh decision, but replays showed the teenager to have won the ball cleanly before scoring into an empty net. Yet the goal was ruled out and VAR was not allowed to correct Hategan’s mistake, given the event occurred outside the box.

“Apparently my studs were up and they thought it was a foul,” Bellingham said after the game.

That decision gave City a lucky escape, but it also highlighted the danger posed by Dortmund and Bellingham, in particular. The 17-year-old, who has become an England international since moving to Germany from Birmingham City last summer, was outstanding for Edin Terzic’s team, producing a mature and controlled display in midfield.

Bellingham’s pass to Erling Haaland, which the Norwegian then deftly moved on to Reus, led to Dortmund’s late equaliser and showed the threat that Dortmund will carry in the home leg next week. It was a goal that showcased Bellingham’s talent and Haaland’s awareness, as well as Reus’s enduring quality.

Haaland, linked with a summer move to City, was quiet on his first visit to the Etihad, but the pass to Reus was an example of his ability, as was his one effort on goal, when he outpaced and outmuscled Ruben Dias before testing Ederson with a low-driven shot.

But while Dortmund rose to the occasion, belying their recent struggles in Germany that have seen them slip to fifth in the Bundesliga table, City laboured to their victory. Perhaps they allowed complacency to set in after being installed as overwhelming favourites to win the tie and set up a semifinal against either Paris Saint-Germain or reigning European champions Bayern Munich.

City were slow, lacking incisiveness, and unusually careless at the back. De Bruyne was a rare positive for Guardiola’s team, who were out-run and outplayed at times by Dortmund.

But while they ultimately won the game, the 2-1 scoreline unquestionably makes life difficult for Guardiola’s team next week in Dortmund. A 1-0 win for the home side will be enough to take them through to the semis and with Haaland unlikely to be as quiet in the second leg, City will be walking a tightrope at Signal Iduna Park. And the ghosts of last season’s unexpected defeat to Lyon will haunt City ahead of a game they will, once again, be expected to win.

On form and on paper, City should go through next week. But it is a Champions League quarterfinal, so anything is possible, as City have harshly learned in recent years.