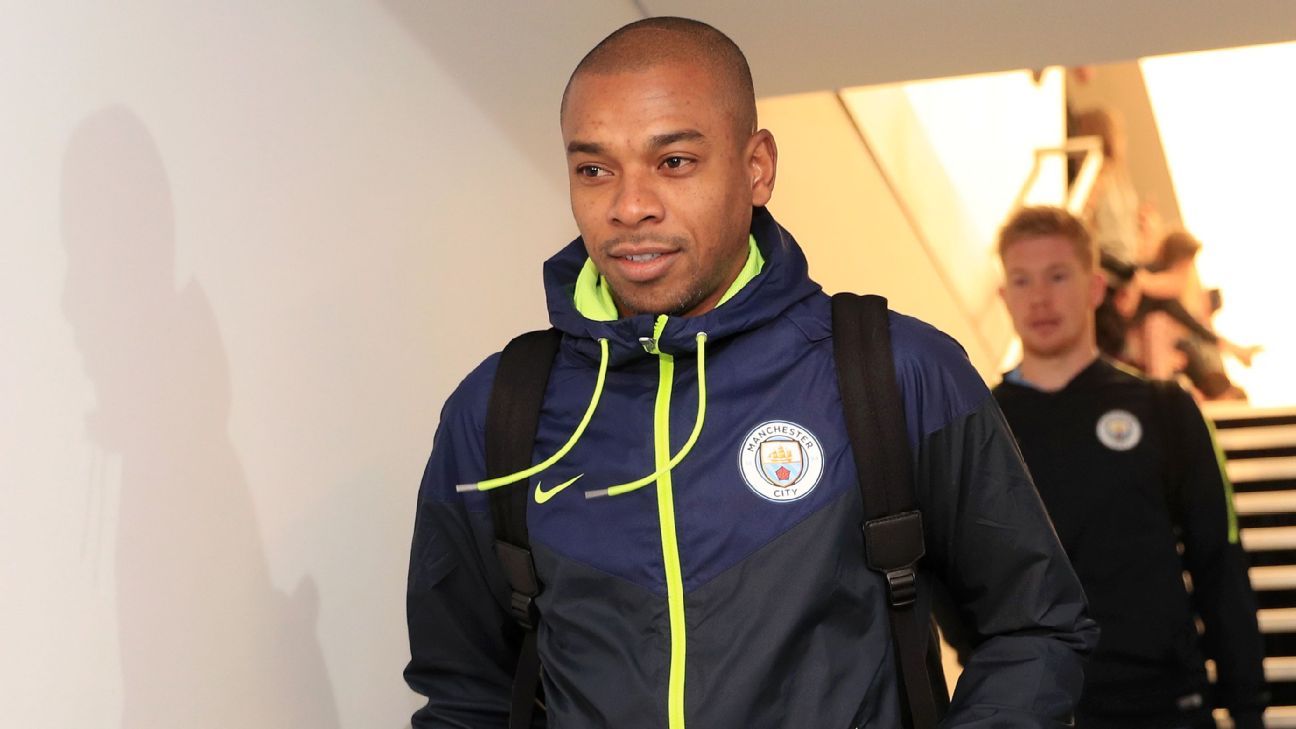 
Fernandinho is in a race to be fit for Manchester City’s trip to Southampton and the top-of-the-table clash with Liverpool.

The Brazilian midfielder has missed City’s last two games — the back-to-back defeats to Crystal Palace and Leicester City — with a minor muscle injury.

Fernandinho’s absence has been a big blow with City not having a natural replacement. John Stones played in the holding role against Palace before dropping back into defence with City 3-1 down and chasing a game they eventually lost 3-2.

Ilkay Gundogan played in the position in the 2-1 defeat to Leicester on Boxing Day as Pep Guardiola’s side fell seven points behind leaders Liverpool.

City travel to Southampton on Sunday before hosting Liverpool in their first match of 2019 on Jan. 3.

Meanwhile, Fabian Delph is set to miss the games against Southampton, Liverpool and the FA Cup clash with Rotherham United after being sent off in the final minute against the Foxes on Wednesday.

He was shown a straight red card by referee Mike Dean after catching Leicester defender Ricardo Pereira following a clearance.

City will not be appealing the decision and he will be given a three-match ban. The champions are already missing Benjamin Mendy with a knee injury giving Guardiola another headache. Ukraine international Oleksandr Zinchenko could start the next three games as an emergency left back.

Kevin De Bruyne did at least start his first game of the season at the King Power Stadium, after suffering two knee injuries, completing 70 minutes while David Silva, who has missed City’s last five matches, was a late substitute.