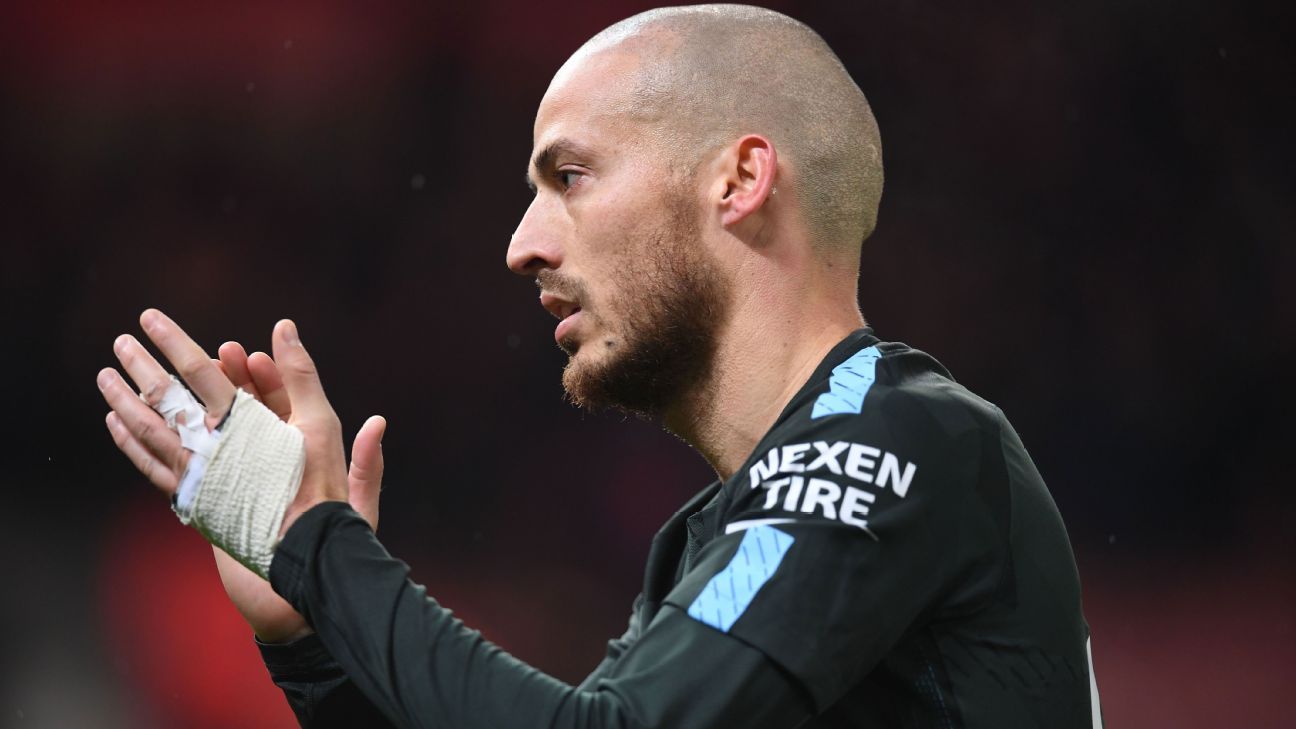 
David Silva’s year hasn’t been as easy as Manchester City’s despite the midfielder playing such a pivotal role in helping them to a 16-point lead at the top of the Premier League.

The Spaniard scored both goals in Monday’s victory against Stoke City with yet another brilliant performance of flair and grit on what had the potential to be an awkward night.

But, though his teammates flew out to Abu Dhabi for a warm-weather training break immediately after the match, Silva headed straight back to Valencia to be with his family. For the past three months, Silva has been making regular trips back to Spain following the premature birth of his son Mateo.

It gives an extra element to his remarkable form this season, although the 32-year-old admitted that continuing to play football is a welcome release from his off-the-field worries.

“I think, when I play football, I forget everything. It’s good for me to play,” he told Sky Sports after the Stoke victory. “I know in my private life it is not a very happy moment. But my son is fighting, you know, and I am very happy because he is getting stronger, getting better, so it is okay.”

But that shouldn’t take away from what has been an extraordinary personal contribution for a player who is just one of many in the City squad to have improved even further under Pep Guardiola’s management.

Silva has been in out of Manchester and in and out of the team with the blessing of the club and his manager, but has never fallen below his high standards on the pitch. The former Valencia player is almost the epitome of a Guardiola player — floating between the lines, with perfect touch, passing and vision but also a tigerish willingness to win the ball back as quickly as possible.

Despite being a quiet man off the pitch, eschewing the limelight, Silva has developed a leadership quality in the dressing room and helped to develop a closeness among the squad that Guardiola sees as so important. It’s no surprise with these qualities that Guardiola wanted to take him to the Camp Nou when he was in charge at Barcelona, only to miss out to City.

Guardiola recalled last April: “Unai Emery, who is now the PSG trainer, was at Valencia with Silva. After we played them, he told me: ‘David Silva is the player for you, for Barcelona. Believe me, that is a player for Barcelona by far.’ And he was so right. He’s a special player. But he was so expensive.”

Guardiola’s loss was City’s gain. Since his 2010 switch from Valencia, Silva has won two Premier League titles, three League Cups and an FA Cup, while with Spain he has a World Cup winners’ medal and two European Championships.

It would take an unlikely turn of events to see him not secure a third Premier League, but the one major omission from his collection is the Champions League and Silva admits he prays of winning the competition.

It is a happy consequence that Guardiola and Silva have finally been united at the Etihad Stadium, and this season is potentially the best chance he’s ever had to add that missing medal from his collection. City and Silva have been curiously underwhelming in Europe, with only one Champions League semifinal appearance since he joined the club.

Guardiola is determined to challenge for the Champions League, and Silva is key to his hopes. Former Spain boss Luis Aragones said in 2010 that Silva had “the biggest balls” in his national team squad and his bravery and battling quality are equally recognised by the City boss.

“Normally people talk about his skills and technical ability and after that, he cannot be an aggressive competitor. And he has both,” the City boss said after the win at Stoke.

Not that this season will be Silva’s last chance for European success. He signed a new two-year contract in November, and Guardiola sees him as the perfect mentor for his young squad, particularly academy product Phil Foden, who is seen by many as Silva’s heir.

But even the 17-year-old acknowledges they will be difficult boots to fill.

“David is just a magician,” he said. “To watch him every day, and watch what they do, you learn a lot.”