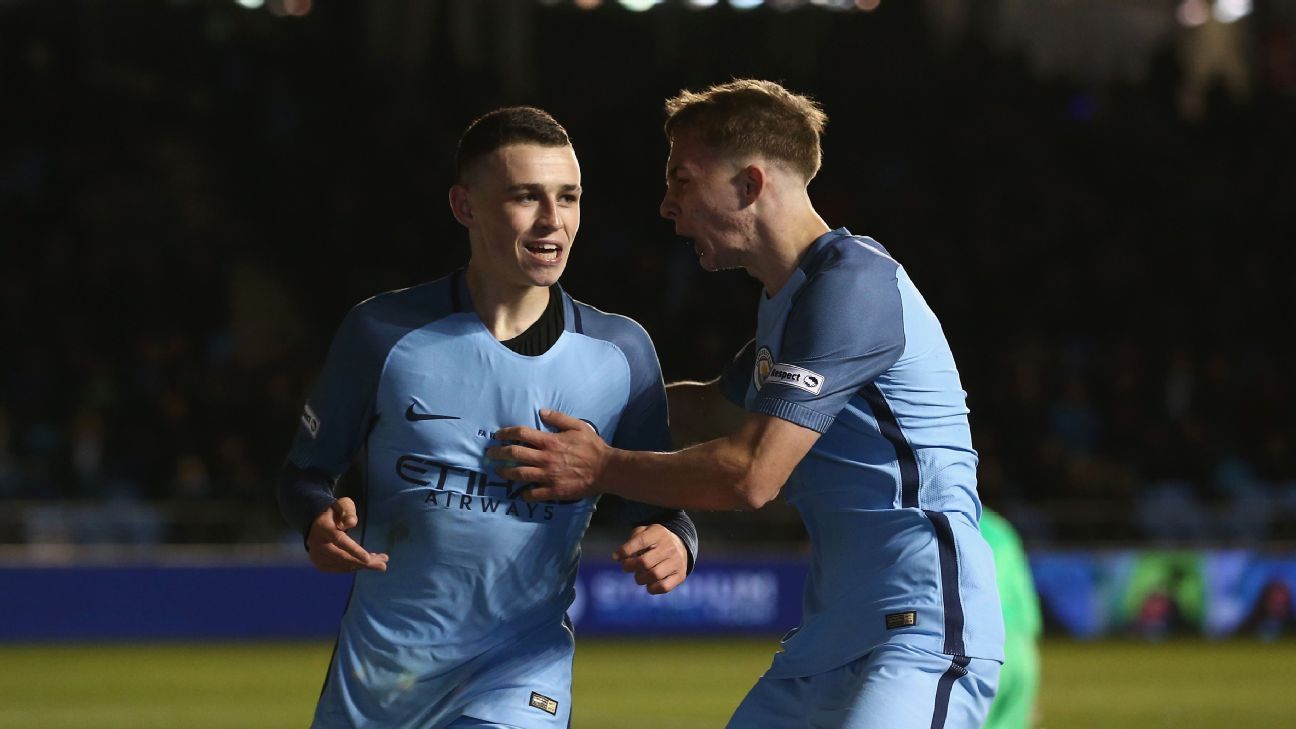 
As Marcus Rashford smashed in the winner for England in their 2018 World Cup qualifier against Slovakia on Monday night, it was easy to forget that Manchester United are losing the battle of youth football in their own city.

Academy sides at Manchester City are far superior at various age groups – for example, United’s under-15s were beaten by their rivals 9-0 for a second successive season last year.

United have won the FA Youth Cup a record 10 times but have made the final just once in the last 10 years, whereas City have reached the final for the last three seasons — albeit losing to a stronger and better Chelsea team on each occasion. In last season’s competition, United were beaten at home by Southampton in the third round, but Saints were then easily swatted away by City 4-0 two rounds later.

City have been attracting the best players to their state-of-the-art Etihad Campus in recent years. Indeed, it is seen as such a good coaching environment that even Robin van Persie, Phil Neville and Darren Fletcher sent their children there despite being contracted to United at the time.

There is the guarantee of an education at a leading Manchester grammar school for all boys, even if they are released at a younger age, and so far it has produced some highly-rated youngsters — many who are now training with the first team squad.

Stockport-born Phil Foden is the pick of the bunch: a delightfully composed playmaker who starred on City’s tour to the United States, winning praise from City boss Pep Guardiola for his performance against United, and there are high hopes that he will make the grade at the Etihad Stadium.

“It’s a long time since I saw something like this. His performance was another level. He’s 17-years-old, he’s a City player, he grew up in the academy, he loves the club, he’s a City fan and for us he’s a gift,” Guardiola said.

Spanish forward Brahim Diaz is another who starred in the U.S. — scoring a brilliant individual goal against Real Madrid and following it up with another strike against Tottenham Hotspur.

They will be joined by promising Manchester-born centre-back Tosin Adarabioyo, who has just signed a new deal with the club, and young goalkeeper Arijanet Muric, who is now the third-choice keeper.

But the frustration for City is that so far the club have failed to establish any academy graduates into the first-team. Kelechi Iheanacho had the most playing time of any player to come through the youth teams last season — 526 minutes in total — but he has since been sold to Leicester City in a £25 million deal.

Of the other academy players to feature last season, all have gone on loan — Pablo Maffeo and Aleix Garcia to sister club Girona in Spain, Angelino to NAC Breda in the Netherlands, and Angus Gunn to Championship side Norwich City.

In recent years, there have been a few fleeting appearances in the senior side but none have seriously made the grade since defender Micah Richards, who left the club in 2014. Among them are Monaco winger Rony Lopes, Barcelona midfielder Denis Suarez and Netherlands international defender Karim Rekik, now with Hertha Berlin.

And England under-17 international Jadon Sancho, one of the hottest young prospects in the country, is the latest to try his luck elsewhere after joining Borussia Dortmund in an £8m move on deadline day.

Meanwhile, at Old Trafford, Jose Mourinho has three players established in his first team squad — 19-year-old Rashford, Jesse Lingard and Paul Pogba, albeit it via an £89.3m world record move from Juventus after the Frenchman left United in 2012.

United have tried all sorts to maintain their position as a better alternative for young players, including headhunting City’s head of youth recruitment Dave Harrison along with leading scouts Ronnie Cusick and Lyndon Tomlinson. They signed former City academy players Freddie Veseli and Sadiq El Fitouri in the hope of showing they could make it at United after being released by the Blues but neither worked out. And United were reportedly keen to sign Sancho, too, but lost out when he opted to move to Dortmund.

However, United’s trump card remains that they are able to get youth players into the first-team.

At Barcelona, Guardiola had an incredible track record for promoting youth and at City he has some exciting young talent to work with. But, for all their success at youth level, until City start producing their own first-team players, United will have the upper hand.