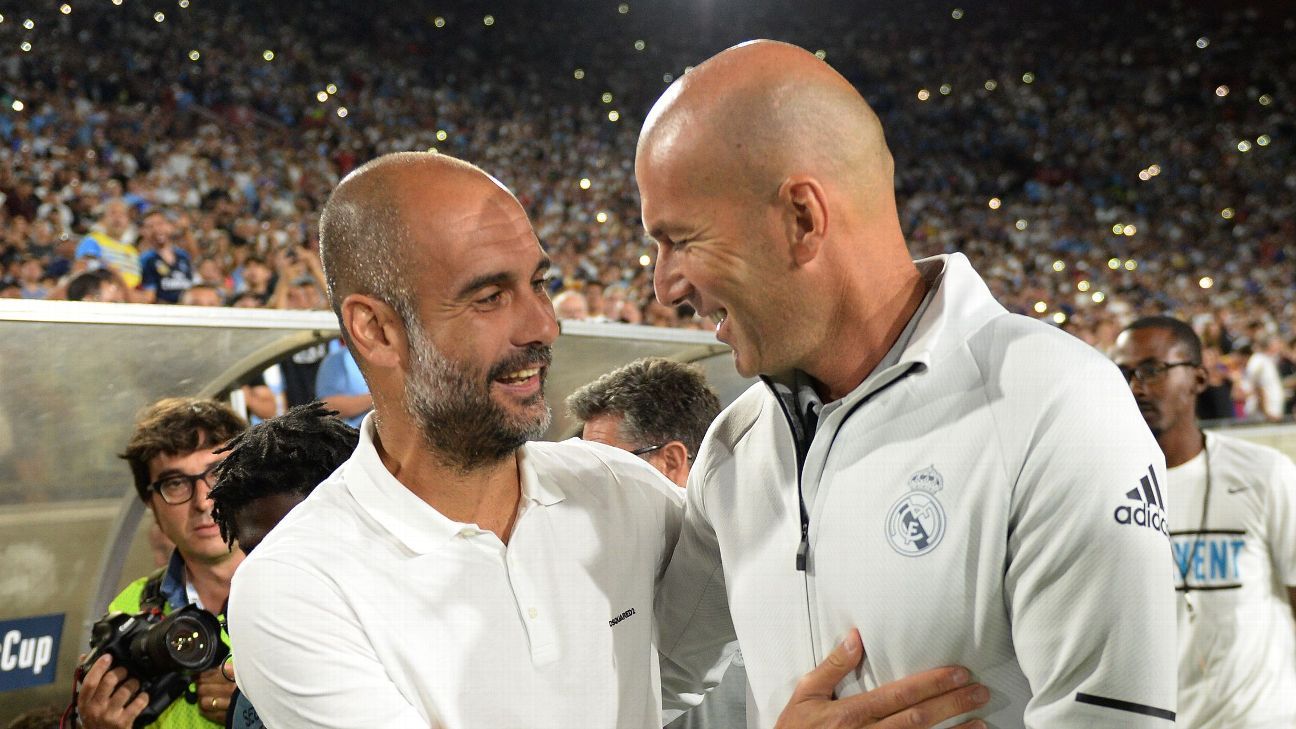 
LOS ANGELES — Pep Guardiola has warned his players not to read too much in Manchester City’s International Champions Cup victory over Real Madrid.

Nicolas Otamendi, Raheem Sterling, John Stones and Brahim Diaz all scored in an emphatic 4-1 victory over the Champions League winners at the LA Coliseum.

Guardiola believes the victory will help boost his side’s confidence but says he was encouraged by their first preseason game against Manchester United, which they lost 2-0.

“It is preseason so like against Manchester United, when we lost, we made some good things,” he told a news conference.

“But you gain confidence playing at this intensity and at this level. I’m not talking about winning or losing, the dream is to be more stable.

“In those terms the result is nothing important. The way we try to fight, to play is most important to our future.

“I focus on my team and players. I want to convince them the best way to achieve targets.”

However, Guardiola did admit that Real are the standard they need to reach if they compete for silverware this season.

“We won against the team that was the best in Europe two years in a row,” he said.

“It was not important to them. We need to grow and build — Real Madrid are already done.

“Real Madrid never play badly. We were good. Real are always top team. I admire them, like Barcelona.”

Among a number of encouraging performance, goalkeeper Ederson Moraes made a number of fine saves and City didn’t concede until Daniel Grimshaw replaced him.

The 23-year-old made a mistake in his debut against United on Houston and Thursday but bounced back well against Real.

“He made many saves — he has the quality to read situations with the ball at his feet,” Guardiola added.

“It’s important for him. We know he has the quality to play like today and help us a lot.”