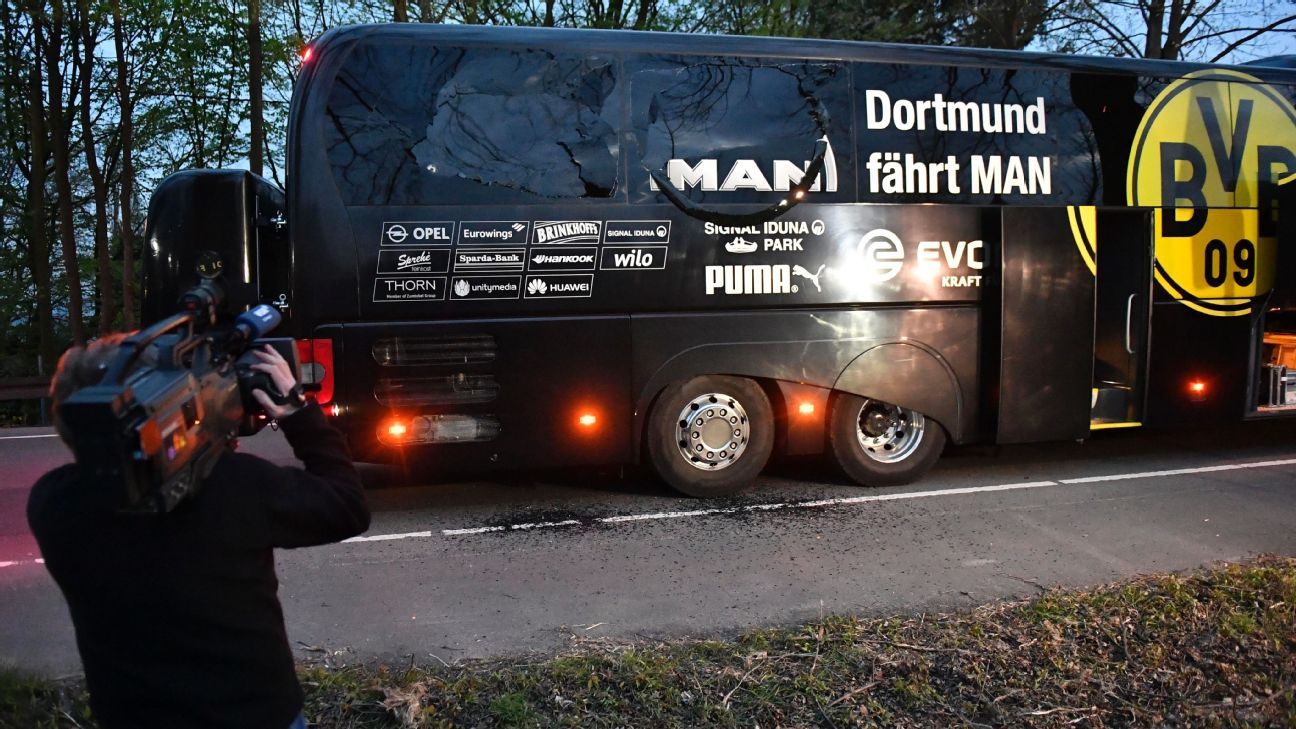 
Dortmund prosecution has charged a 28-year-old German-Russian man with attempted murder following the attack on Borussia Dortmund’s team bus ahead of Champions League match in April.

Borussia Dortmund narrowly escaped tragedy when three explosions rocked the club’s team bus as it drove to the Westfalenstadion for a Champions League match against Monaco.

The explosions injured defender Marc Bartra and a policeman and caused the match to be postponed, but no other person sustained any injuries.

In late April, police said “Sergej W.” was arrested in the state of Baden-Wurttemberg near the southwestern city of Tubingen.

Four months on, he has now been charged with the attempted murder of the 28 people on board and with causing an explosion and serious bodily harm in two cases, Dortmund public prosecution said in a statement on Tuesday.

On the day of the attack, investigators found notes at the scene claiming responsibility on behalf of Islamic extremists, but the authenticity of those notes was quickly doubted.

The 28-year-old man came to the attention of investigators because he made “suspicious options purchases” for shares in Borussia Dortmund, the only top-flight German club listed on the stock exchange, on the same day as the April 11 attack.

He had taken out a loan of “several tens of thousands of euros” days before the attack and bought a large number of so-called put options, betting on a drop in Dortmund’s share price, a spokesperson said at the time of the arrest.

“The man appears to have wanted to commit murder out of greed,” said Ralf Jager, then-North Rhine-Westphalia state’s minister of the interior.