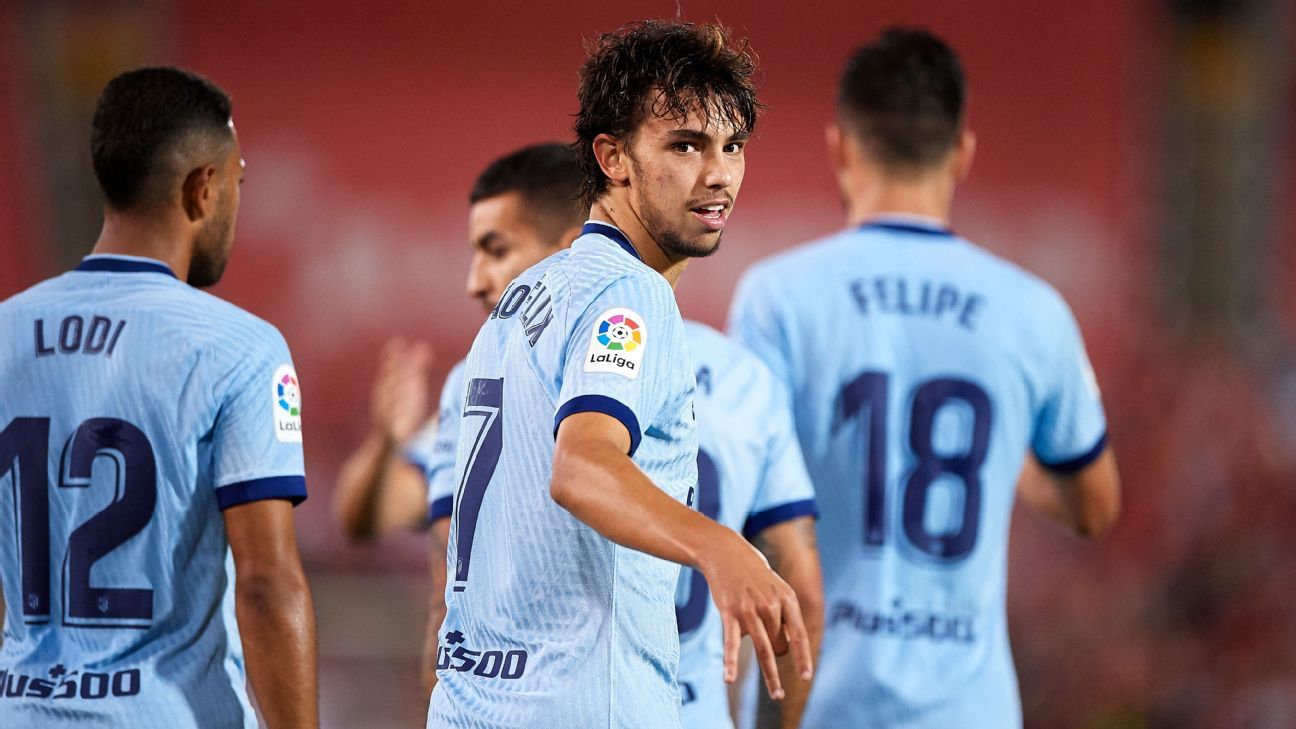 Diego Costa scored his first goal since March and Alvaro Morata was sent off as Atletico Madrid won 2-0 at Mallorca on Wednesday to move top of La Liga.

Costa powered home a header from Koke’s cross after 26 minutes to give a dominant Atletico the advantage at the Iberostar Stadium.

Joao Felix doubled Atletico’s lead after the break when after a scramble in the box his deflected effort looped in at the far post.

Substitute Morata was sent off in the final stages for two yellow cards in quick succession as he rowed with Xisco Campos and the referee.

After Costa broke the deadlock Atletico were awarded a penalty, but it was cancelled by the referee after VAR showed Felix handled in the build-up.

The Portuguese forward came close to adding the second but was denied by a good Manolo Reina save, while Santiago Arias hit the post.

Felix’s 65th-minute effort doubled Atletico’s lead and they survived Morata’s dismissal, which will keep him out of Saturday’s derby against Real Madrid, to take the three points.

“We’ve started the season very well [although] not at the level that we want to be yet,” said Atletico captain Koke.

“Bit by bit things will go our way, we have to be patient. We need the best from Diego Costa and the best of everyone and bit by bit we keep finding that.”