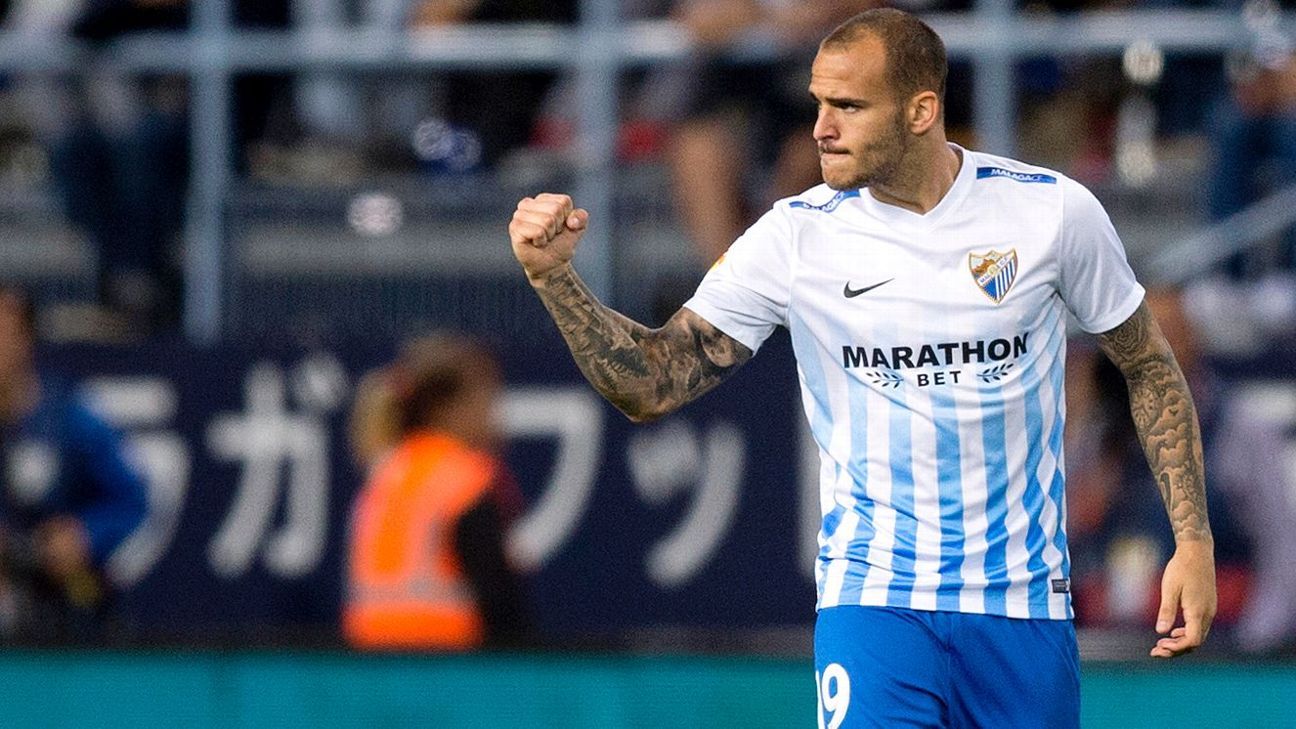 
Malaga striker Sandro Ramirez has revealed he has several offers on the table this summer but has yet to make a decision on his future.

Sandro, 21, is under contract with Malaga for another two seasons but is a reported target of Atletico Madrid, Sevilla, Villarreal, Everton, Tottenham and Liverpool.

After finishing as Malaga’s top scorer in the 2016-17 campaign, he has been called up to Spain’s squad for this summer’s European Under-21 Championship, which gets underway on June 16 and runs until June 30.

Sandro is quoted as saying by La Opinion de Malaga: “There are several clubs interested.

“I honestly don’t know what my future holds but right now, I’m focusing on getting ready to train with the group and contribute to helping the national team win the European U21 Championship.”

Sandro has a €6 million release clause — a figure that makes him a “bargain,” according to Malaga coach Michel.

Malaga have reportedly offered their player an improved salary with terms that would see an increase to his buyout clause in order to fend off potential suitors.

“It’s true that I have a low release clause but right now I’m a Malaga player and all that I want is to focus on the national team,” Sandro told AS.

While the striker says it was hard to depart Barca, he does not regret moving to Malaga.

“I knew the importance that it would have for my career to take two steps back in order to gain momentum,” he said. “It’s not easy to leave Barca but I knew it was the only way I could continue to grow and improve.

“The only option I had was to go to a team that would allow me to play more minutes and I’m delighted at how things have gone at Malaga. It’s what I wanted. I’m very grateful for how Malaga have treated me.”

Sandro added he is happy at Malaga and has not ruled out remaining with the Andalusian outfit for another season.

“For a player the most important thing is to have confidence from the coach, the club, the teammates,” he said. “That is a priority in order to feel important. I feel that at Malaga.

“I’ve had confidence throughout the season and I’ve matured a lot. I think I’m a different player now and I’m very happy because it’s what I was searching for. I’m in no hurry to join a big club.”