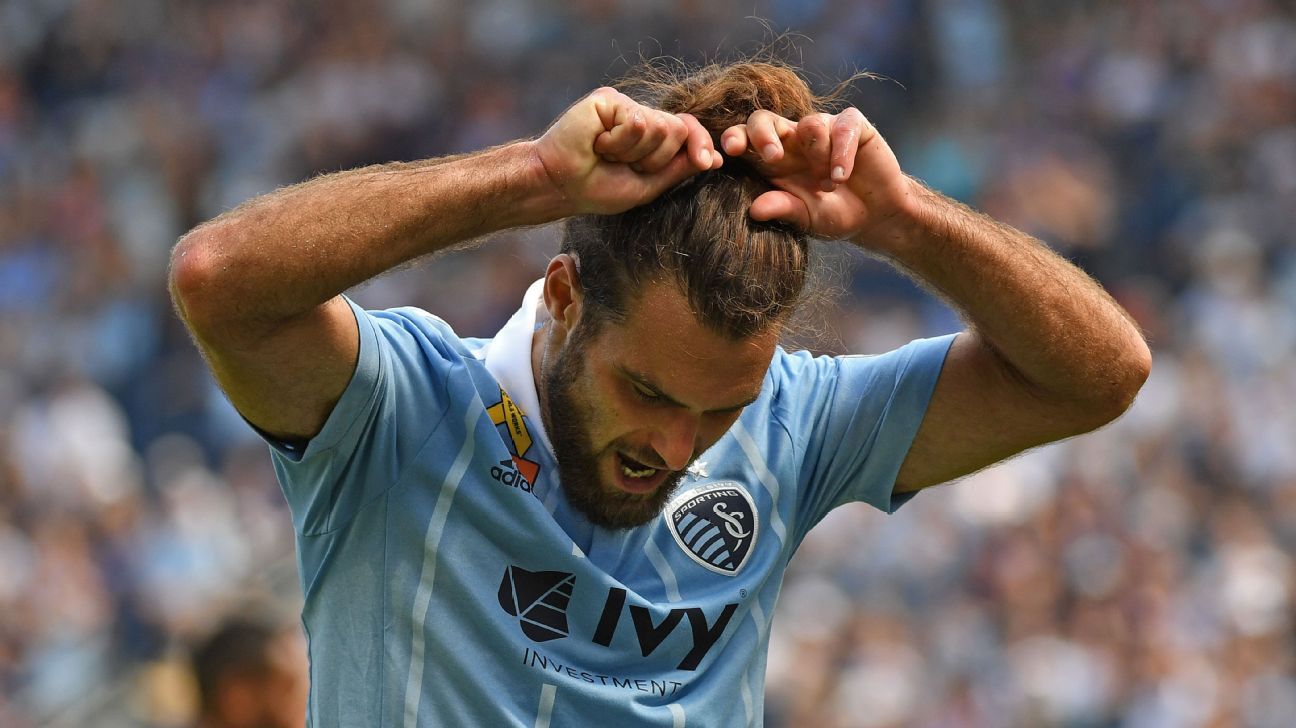 
Major League Soccer’s Western Conference has been something of an enigma this year. FC Dallas’ historic collapse since the summer, the LA Galaxy’s failure to crawl out of the hole they threw themselves into at the start of the year and the general exuberance of Atlanta United and relentlessness of Toronto FC over in the East have flipped the script on the old “West strong, East weak” narrative.

Even the sides that have made an impression in the West have not been without their flaws. The Vancouver Whitecaps have been solid rather than inspirational and have to regroup after a chastening defeat at the New York Red Bulls last weekend, a result that settled the last of the Eastern Conference spots but left the Whitecaps with work to do in securing an automatic bye to the Western Conference semifinals.

Meanwhile, Sporting Kansas City has the U.S. Open Cup to its name now, but it’s early-season formula of tight defense and narrow wins has come a little unstuck in recent weeks, as the back line has softened without the attack becoming any more efficient. Giving up a lead in Minnesota at the weekend has them sliding rather than surging.

Sporting has a home-and-home sequence against Houston coming up that could define both teams’ playoff hopes. Both sides, more than most, will lean heavily on home advantage; the flip side of Children’s Mercy Park’s reputation as a cup soccer fortress is that Sporting has struggled on the road in the playoffs, while Houston’s revival this season has been offset by poor road form for a would-be elite team.

There’s playoff history between these two, of course, dating to the early days of Sporting’s reinvention under Peter Vermes when Houston was briefly an insurmountable rival. It is conceivable that these two could open the door for the Portland Timbers or Seattle Sounders by taking points off each other in the next couple of games. As it stands, though, Houston is one of four teams competing for two spots to play Portland or Seattle on the road in the knockout-round games.

Both Portland and Seattle could yet find themselves slipping up and missing a home knockout-round game if they don’t take care of business in the coming days. Portland could have done without a loss going into the international break, but a home game against D.C. United is not the most daunting way to resume. Still, the Cascadia Cup clash with Vancouver to conclude the season could radically alter their projected playoff trajectory. Seattle meanwhile has a relatively straightforward run-in, provided it doesn’t get complacent this weekend.

It’s very tight and unpredictable on the playoff bubble. Dallas could only draw its game in hand against the Colorado Rapids last weekend, and who would bet against the Texans dropping more points before the season ends? Their one-point buffer is all too flimsy, especially with a game against Seattle on the road during the run-in. The Dallas collapse has been documented elsewhere, but with the indifferent result against Colorado, the team looks like it has run out of time to rally.

That doesn’t mean its rivals will automatically leapfrog it, however. The San Jose Earthquakes have improved over the course of the season but still seem too mercurial for their own good. On any given day, the Quakes can win or lose big against anybody. Their road game against Vancouver during the run-in could be decisive for both teams in either sealing a conference title for the Whitecaps or squeezing out one of San Jose’s rivals.

It looks tight for San Jose, though. Beating Portland last time out might have helped keep the West murky, but the eight goals the team shipped in heavy losses to D.C. and Chicago in the two previous games could have done irreparable damage to the team’s goal difference if we get into tiebreaker territory.

Then there’s Real Salt Lake. Time will tell if Mike Petke can manage the developmental pipeline of young, technical talent that RSL has long seen as the most viable game plan for the organization, but his qualities as a motivator are not in doubt. The team has rediscovered a blue-collar ethic under Petke after looking to have sabotaged their season by completing all their preparations under Jeff Cassar only to fire him a few games into the campaign. Even if RSL falls short now, this will have been a pride-restoring, solid start for Petke to have them still in contention at this stage. And they’ve certainly made their rivals nervous.