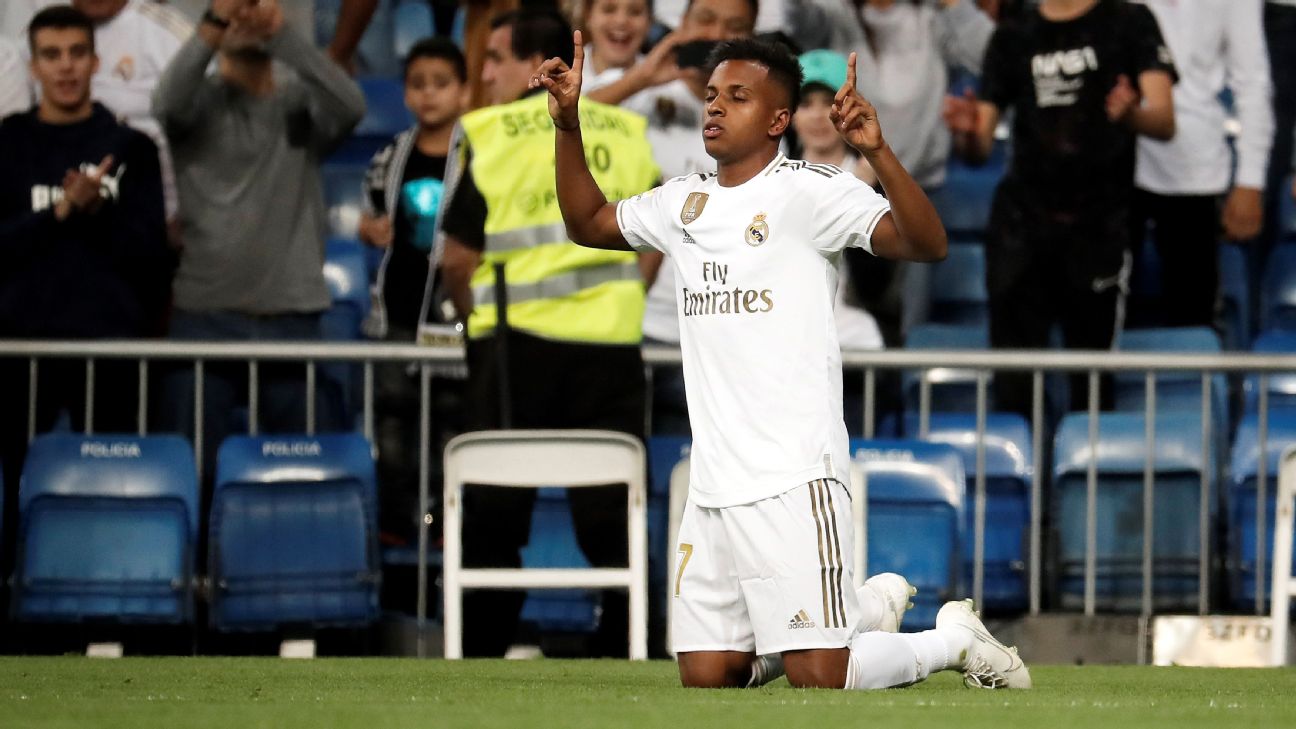 
Brazilian teenager Rodrygo has distanced himself from comparisons with compatriot Ronaldo after scoring on his Real Madrid debut.

The 18-year-old netted 93 seconds after replacing Vinicius Junior on 71 minutes of Wednesday’s 2-0 win over Osasuna.

It was the quickest debut goal by a Madrid player since ex-Brazil international Ronaldo took 62 seconds to strike against Deportivo Alaves in 2002.

“I don’t want to be compared to Ronaldo because he is one of the best in the history of football and of my country,” Rodrygo, who joined Madrid from Santos in the summer, told the club’s website. “I know I always have to prove that I can play here.

“I am very happy. I am speechless. This was the moment that I had always dreamed of since I arrived at Real Madrid. Running onto to the Bernabeu pitch with the fans chanting my name. I’m thrilled. [Zinedine] Zidane gave me a lot of confidence and calmness and I believe that is why everything went well.”

Rodrygo added: “The coach [Zidane] knows what he is doing and he talks to me every day so I continue working,” he said. “Madrid will always have great players.

“I am at Real Madrid and I don’t care whether I play for [Madrid’s reserves] Castilla or the first team. Madrid always have great players so all of this prestige is to be expected.”

​Vinicius, meanwhile, shed tears of joy having taken a big weight off his shoulders after scoring his first goal for Madrid in eight months.

“Patience and a lot of work! God takes long but doesn’t miss! Happy to return to score at the Bernabeu. Thank you Madridistas,” Vinicius tweeted after the game.

The 19-year-old had impressed in his first season at Madrid. However, he suffered a dip in form since sustaining an ankle injury in March and had been the target of criticism.

“I got emotional because I was taking a long time to return to being me and I wasn’t as happy as I had been last season,” Vinicius said after the game. “I’ve worked a lot for this moment and it gives me great joy for me and for my family.

“Since my injury things had become a bit difficult. Now I am  rid of all of that and thrilled to have scored and for the Bernabeu fans to like me again.There is nothing better than to score before a derby.”