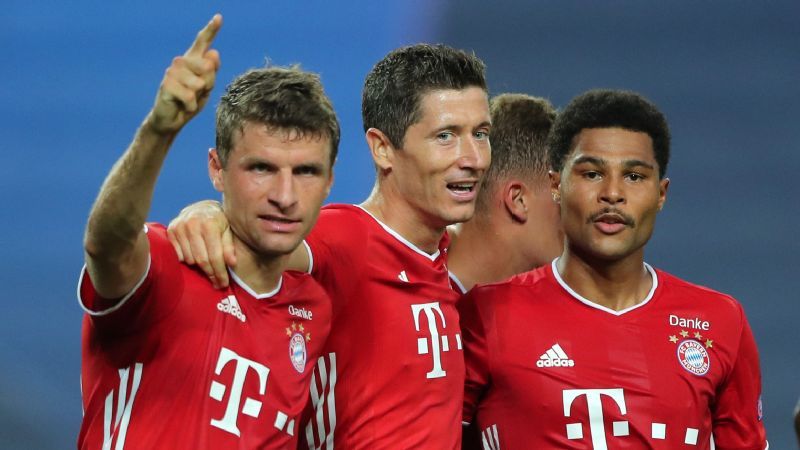 
A pair of Serge Gnabry goals set Bayern Munich on their way to a 3-0 win over Lyon in their Champions League semifinal on Wednesday night.

Bayern were fresh off an 8-2 semifinal thrashing of Barcelona, but it was Lyon that looked the livelier of the two sides with Memphis Depay nearly opening the scoring inside of 10 minutes for the underdogs.

Gnabry then made Lyon pay for their missed chances, picking up a pass on the right flank, cutting all the way across the top of the penalty area and firing home with his left foot to give Bayern the lead.

Bayern doubled their lead shortly after the half-hour mark with Gnabry getting his second from close range when the ball fell to him following a goalmouth scramble to send his team into half-time ahead 2-0.

Lyon were left rueing more wasted chances in the second half, with Moussa Dembele particularly guilty of shooting right at Neuer after coming on as a substitute in the 58th minute.

Robert Lewandowski, who’d missed several chances throughout the game, headed in a Joshua Kimmich free kick for his 55th goal in all competitions during the 2019-20 campaign.

The result sets up a juicy final with Bayern Munich facing Paris Saint-Germain, who beat RB Leipzig 3-0 on Tuesday, in Lisbon on Aug. 23.

PSG and Bayern, who have now reached a sixth Champions League final, are both shooting for season trebles after winning their respective leagues and cups in domestic competition.