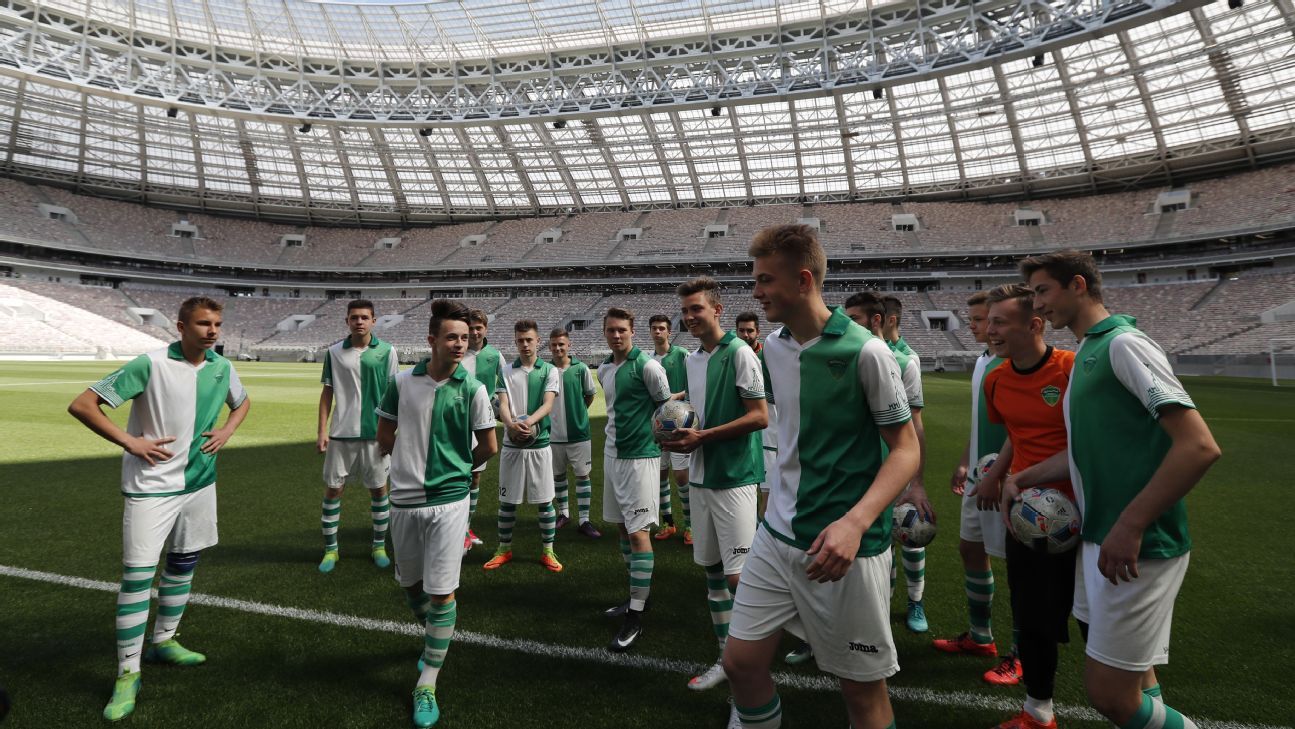 
MOSCOW — The Luzhniki Stadium, the venue for next year’s World Cup final, is ready ahead of schedule and will stage its first fixture before the end of this year, the head of the Local Organising Committee (LOC) in Moscow has told ESPN FC.

The stadium, which hosted the 2008 Champions League final between Manchester United and Chelsea, closed its doors in 2013 to undergo a $700 million (£550m) reconstruction.

The 81,000-capacity venue is not being used for the Confederations Cup, currently being staged in four cities across Russia.

But Svetlana Bazharova, Moscow’s LOC venue manager, said: “The Luzhniki is ready, and ahead of schedule.

“It is a FIFA requirement that there are three test events before the World Cup, and we expect the first game to take place in November.

“That really depends on the team and when it wants to play, but the pitch has been in place since last year and it has undersoil heating, so there will be no problems during the winter.”

Spartak Moscow’s Otkrytie Arena, which opened in 2014, is staging four Confederations Cup games, including Russia’s clash with Portugal on Wednesday.

“We have chosen to use the Spartak Stadium for the Confederations Cup because it is a newer stadium and has a capacity of 45,000,” Bazharova said.

“We could only use one of them for this tournament and it was important that we tested this stadium, the new Metro station and the flow of supporters.”