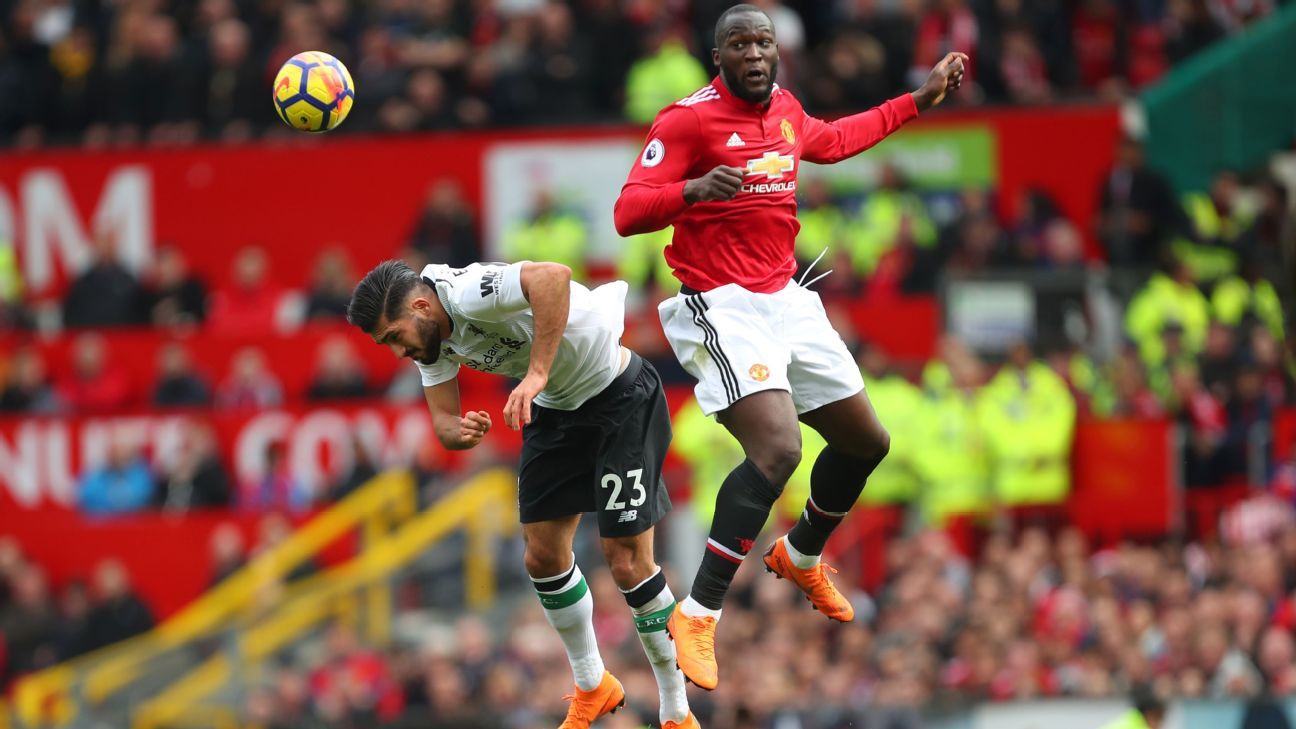 
A look back at an eventful weekend in Premier League, with drama on and off the pitch.

Leicester fans might not have many more of these, so they must enjoy them while they can. And it’s easy to see why they forgive Riyad Mahrez for wanting to leave when he and Jamie Vardy combine as they did against West Brom on Saturday. The former’s long pass that the latter superbly volleyed in, first-time, on the run, was an absolute joy and a perfect demonstration of supreme technique.

The charge against Romelu Lukaku has been that his performances against “big” teams have been lacking. Fair or not, it’s a criticism that has stuck, but the last three games have shown it shouldn’t stick much longer.

Lukaku scored against Chelsea, found space for a key goal when Manchester United were losing to Crystal Palace and was brilliant against Liverpool, even if he didn’t manage a goal.

“Lukaku was confident from experience that could be dominant towards [Dejan] Lovren,” Jose Mourinho said after the game. Boy, was he right.

Marcus Rashford scored the goals, but it was Lukaku who Lovren will have nightmares about.

Silver lining of the weekend

It would take a contrarian of epic proportions to argue Tottenham might be better off without Harry Kane. But after Kane limped off injured in the 4-1 win over Bournemouth on Sunday, his colleagues did at least display they might not be completely lost at sea without him.

Of course, there were goals for Dele Alli and Son Heung-Min, but it also was notable that after Kane went off, Tottenham’s other attackers started being a little more proactive, which makes a certain amount of sense. When you have the world’s best centre-forward in your team, it’s probably inevitable that you rely on him for goals, even expect him to score. So when he isn’t there, others take a little more responsibility. If Kane is to be out for a significant stretch, at least Mauricio Pochettino knows he has options.

Schadenfreude of the weekend

The file of “things for Arsenal fans to be cheerful about” has been pretty slim recently. Over the last few years, in fact. But on Sunday when Troy Deeney — who previously in the season had questioned the Gunners  — hit a weak, poorly directed penalty that Petr Cech almost had time to catch, never mind save, the expression of joy was genuinely almost louder than for any of Arsenal’s three goals.

And if you don’t think footballers remember these things, Arsene Wenger noted in his postgame news conference: “It was better it was Deeney.”

Nobody likes having their professional pride punctured.

Impact of the weekend

Think what you will of the West Ham fans that invaded the pitch, threatened the board and held up their defeat to Burnley at the weekend. Such behaviour clearly is unacceptable, but you must pause to wonder about the frustrations that led to it.

Of more immediate concern to David Moyes is what impact such protests might have on a team that is spiralling. The atmosphere at the London Stadium was pretty toxic before this weekend, but it’s even more so now: How will that affect the team as they scrabble for survival?

Wayward attack of the weekend

Huddersfield faced a Swansea side who had 10 men for 79 minutes on Saturday, plenty of time to create enough chances to win.

And they did manage that: The Terriers took a whopping 18 shots inside the box during the game, but none went in and only three were on target. Just to confirm: Yes, that ratio is bad. Should they stay up (and really even if they don’t), an overhaul of an attack that has contributed only 25 goals this season will be their priority.

Hollow complaint of the weekend

West Brom are done, nine points from safety, not a hint that they might get out of trouble and the only question being when they dismiss Alan Pardew: now or in the summer. Pardew looks like an increasingly desperate man, and in a broad sense you have some sympathy for him. This is a job that was bad when he took it and rapidly got away from him.

However it is trickier to sympathise with his assertion that Grzegorz Krychowiak owed him more “respect” after being substituted, the midfielder’s crime being to turn down a handshake from his manager.

“I do have a problem with it because I’ve supported him and played him and stuck by him when he’s not been particularly great,” he said.

Quite apart from Pardew having bigger concerns than a handshake, Krychowiak and all West Brom fans might wonder about being lectured on respect by a manager who gave the four players involved in the “borrowing” of that taxi in Spain only the most cursory punishment.

Was that “respectful” to the other players, or the club in general?

Prediction of the weekend

A grim weekend for a selection of clubs, and one that could show us who will join West Brom in the Championship next season. We already know that things look bad for West Ham, perhaps terminally so, and the other side toward the nasty end of the Premier League who were particularly bad was Southampton.

It wasn’t so much that they lost 3-0 to Newcastle, who on their day can be a capable side and have a manager who knows how to squeeze wins from teams, but the manner of their performance was heart-sinking.

So here’s a prediction: The three teams who will be relegated in May are West Brom, West Ham and Southampton. Put your house on it. Well, don’t, obviously. Maybe put a small, sensible amount on it.