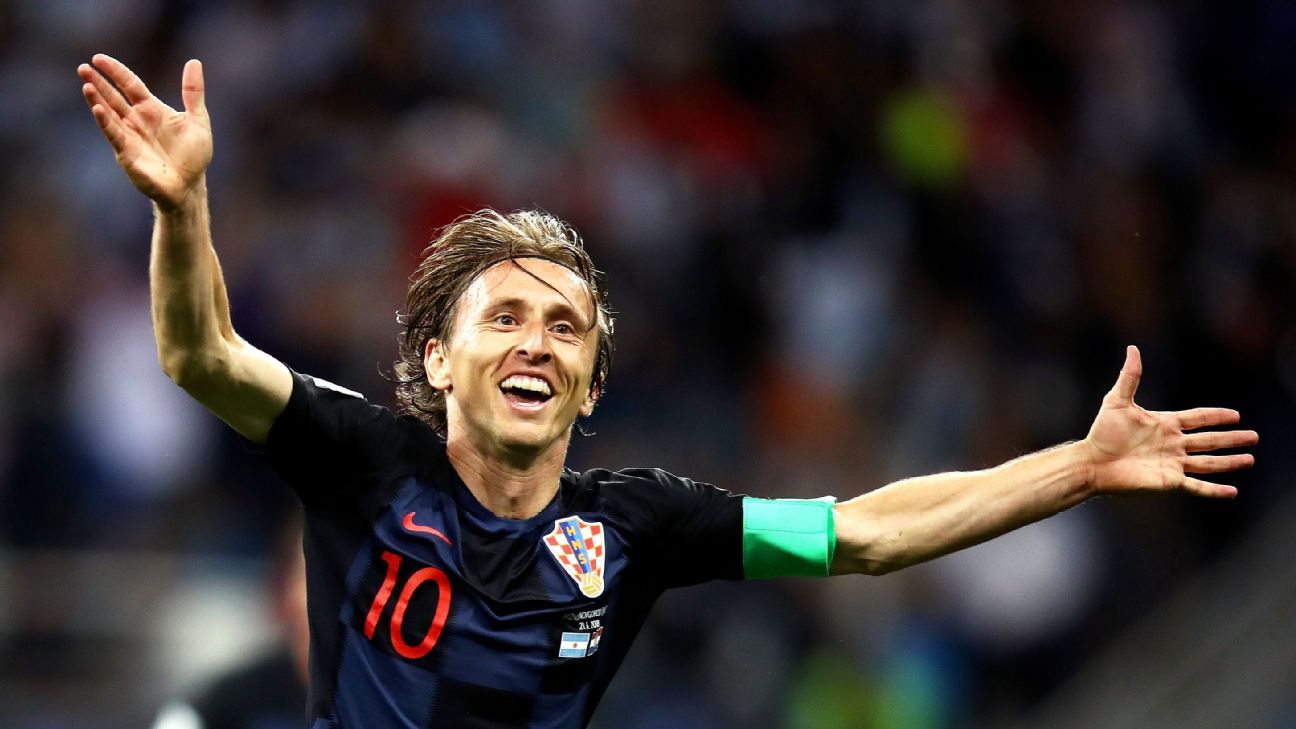 
Croatia midfielder Luka Modric accepted the Golden Ball award as the best player at the World Cup after his side lost to France 4-2 in Sunday’s final.

Modric scored two goals in the group stage and converted both of his attempts in penalty shootouts to help Croatia reach the final.

The Real Madrid star embraced Croatian President Kolinda Grabar-Kitarovic after being given the award by FIFA president Gianni Infantino and Russia President Vladimir Putin in a rainy postgame ceremony.

Belgium’s Eden Hazard was awarded the Silver Ball as runner-up and France’s Antoine Griezmann was given the Bronze Ball.

France’s 19-year-old star Kylian Mbappe was named the tournament’s Best Young Player after scoring Les Bleus’ fourth goal on Sunday, becoming the youngest since Pele in 1958 to find the net in the final.

Belgium goalkeeper Thibaut Courtois won the Golden Glove as the best goalkeeper for helping his team to a third-place finish after allowing just six goals in seven games.

He kept three clean sheets — against Panama and England in the group stage before blanking England again in the third-place game.

When the final whistle came, England captain Harry Kane was confirmed as the Golden Boot winner, his six goals outpacing the four of Griezmann, who got the Silver Boot and Belgium striker Romelu Lukaku, the Bronze boot winner.

Mbappe, Portugal’s Cristiano Ronaldo and Russia’s Denis Cheryshev also scored four goals, but lost out on the assists tiebreaker. Grizemann had two assists and Lukaku one, while the others were not credited with any.