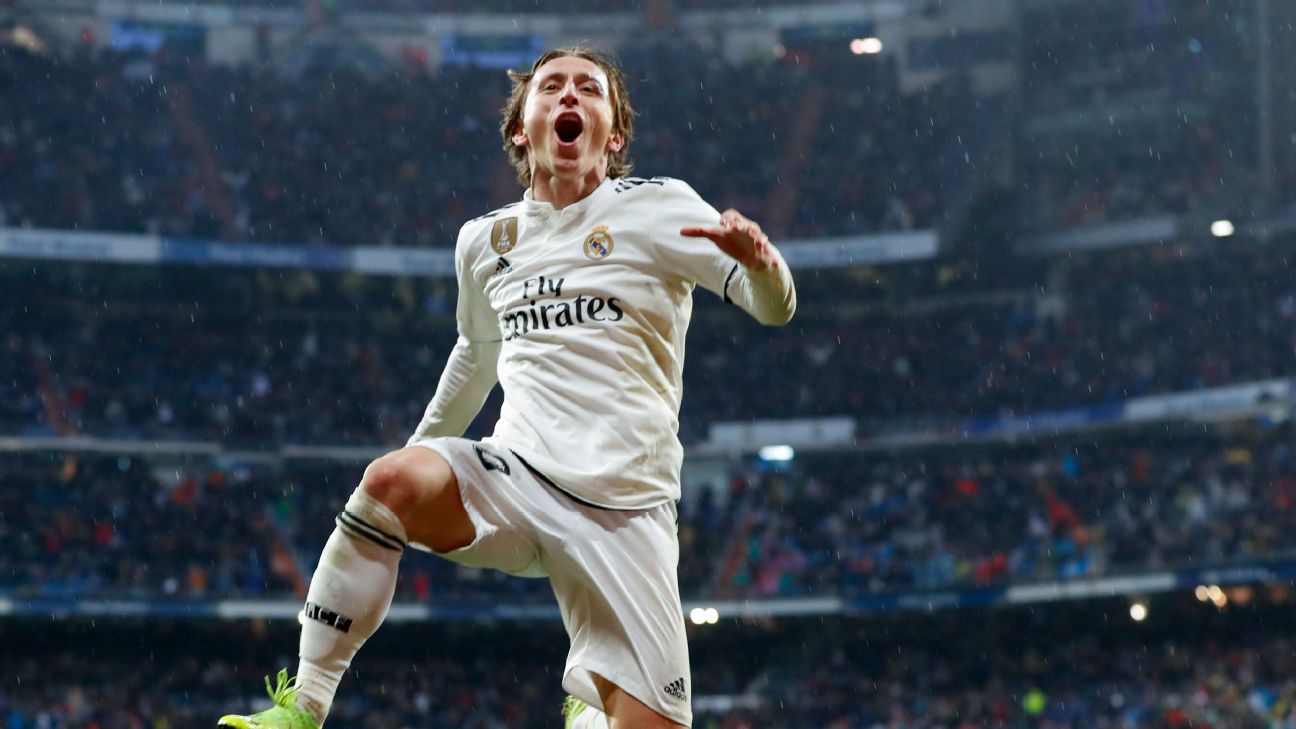 
Real Madrid moved into third place in La Liga thanks to a 2-0 victory over Sevilla at the Bernabeu on Saturday afternoon, with midfielders Casemiro and Luka Modric getting on the scoresheet in the second half.

Madrid were the better team in a battle against a direct rival for Champions League qualification — even if that shows the lowered standards around the Bernabeu at the moment. A clean sheet and improved defensive performance also seemed to be an objective achieved for the coach. The goals from midfield were particularly welcome given all the injuries in attack.

The breakthrough took a long time coming, with very few clear chances created close to goal. It is maybe not a coincidence that three of Madrid’s four goals in their past three games have all been long-range strikes from midfielders.

Manager Rating out of 10

7 — Another very cautious initial game plan from Santiago Solari, who clearly did not want his team overrun in midfield as they were in September’s 3-0 reverse fixture in Sevilla. This frustrated some at the Bernabeu, and does not really fit with Madrid’s history and traditions, but the Argentine coach might argue that his team showed more positivity and ambition after the break and deserved their victory in the end.

GK Thibaut Courtois, 6 — Did not appear 100 percent recovered from his recent pelvic muscle injury, especially when kicking the ball clear. The Belgian was probably happy not to be tested at all.

DF Dani Carvajal, 7 — Seemed under orders not to get caught too far forward, especially in the first half. One direct driving run in the second half could easily have brought a penalty for his side.

DF Raphael Varane, 7 — Pace got Madrid out of trouble a few times as Madrid’s defence looked a more solid unit than on other recent occasions.

DF Sergio Ramos, 7 — Generally looked safe at the back and roved forward on occasion to play as an emergency centre-forward, without troubling the opposition goal.

MF Luka Modric, 8 — Seemed to play with the handbrake on in first half, possibly under instructions from the bench. Much more involved in attacking areas after the break, and took his chance to wrap up the three points very well in added time.

MF Casemiro, 8 — Spent most of first half chasing Sevilla’s more nimble midfield three, but was very prominent after the break when Madrid were trying everything to score. Almost hit the target with two headers, before a fine 25-yard strike found the top corner via Sevilla keeper Tomas Vaclik‘s fingertips.

MF Dani Ceballos, 7 — Nobody could fault his work rate, especially when helping out young full-back Reguilon, although he was lucky to avoid a yellow card at least a few times. Unlucky not to score with a 25-yard curler at 0-0 which bounced off the top of the crossbar.

FW Lucas Vazquez, 6 — Another of those days when the winger’s prodigious work rate off the ball did not make up for a lack of danger created when in possession.

FW Karim Benzema, 6 — Played with a covering protecting a broken finger, and was well marshalled by Sevilla’s three centre-backs. Linked promisingly with Vinicius on occasion but perhaps understandably not one of his more influential games.

FW Vinicius Junior, 8 — More touches and better passing stats than either Benzema or Lucas, a sign of just how important the 18-year-old has become to the team. Almost opened the scoring with an audacious 18-yard chip which drifted just wide of far post.

MF Isco, N/R — Madrid’s first substitute entered with a quarter-hour left, due to a lack of other experienced attacking options on the bench for Solari to choose from.

MF Federico Valverde, N/R — Replaced Ceballos with time almost up to help run down the clock.