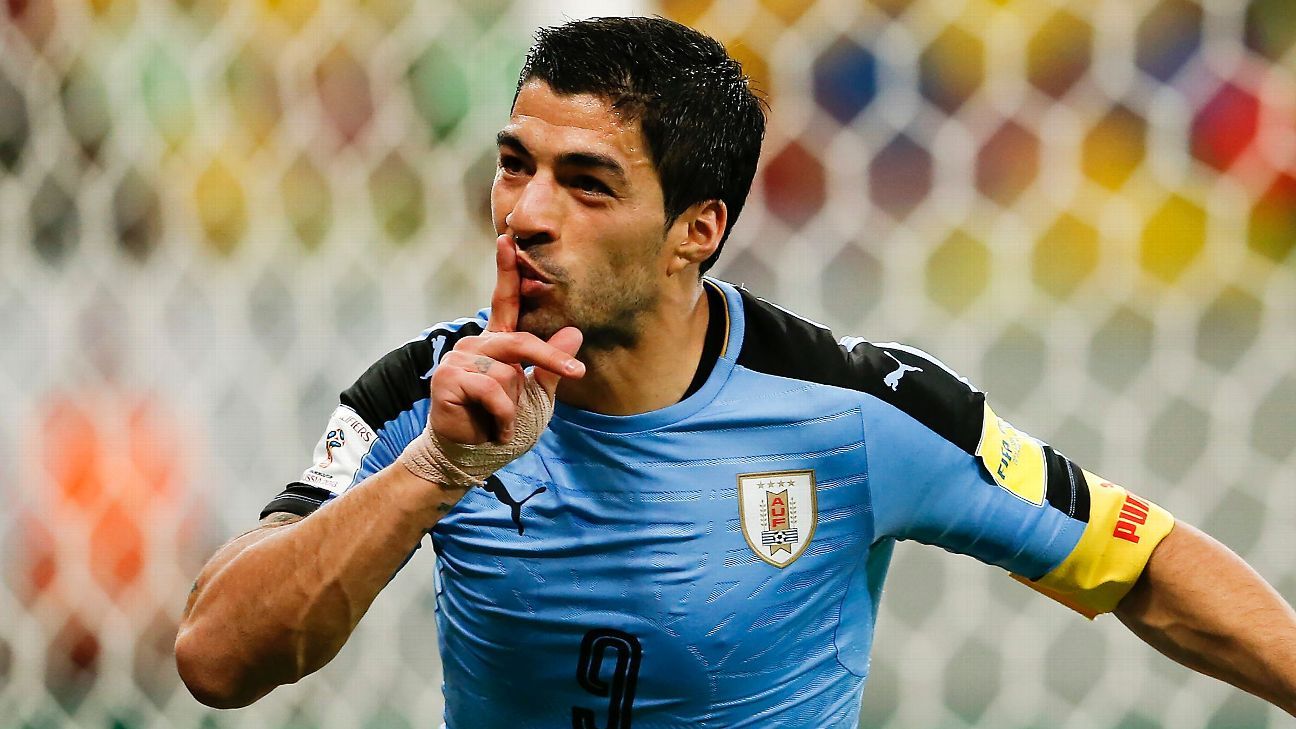 Tabarez’ side are second in the CONMEBOL standings and assured of at least a playoff spot, with the top four teams qualifying directly.

Recent reports in Spain said Suarez had agreed with his club to have a cyst removed from his right knee in November, meaning he would be unavailable if Uruguay had to take part in a playoff.

Earlier this season, Suarez was sidelined due to a knee injury, but Tabarez told a news conference: “If it was big enough as to require sacrifices, they would have put him through surgery already. He’s fit to play.”

Uruguay team doctor Alberto Pan said Suarez would only require surgery if his condition deteriorated, telling La Oral Deportiva: “There is no need to generate a problem when it doesn’t exist. As of today, he does not need it.”

Pan said he had been “surprised” by reports of surgery and added: “Barcelona told me that the cyst would mean that Luis would be sidelined for six months.

“But he recovered well and he came with us. He played against Argentina, Paraguay, then the next league game and a Champions League game without any problem whatsoever.”

Suarez played the full 90 minutes in the goalless draw with Venezuela, and Tabarez added: “At times he makes things happen that surprise you [in terms of his recovery].

“Luis has already passed a lot of tests, and that’s why we never discard him. He’s the first one not giving up on himself — he’s stubborn in a very positive way.”

Suarez has scored three times in 12 World Cup qualifiers but his last goal came on Oct. 11 last year in a 2-2 draw at Colombia.

The coach said: “How many times during the last qualifiers did we think about substituting him and then, suddenly, he scored goals?

“He’s fit to play, and the rest of it we can reduce to a spell. Football players have spells, football teams have spells, and luckily they always end.”