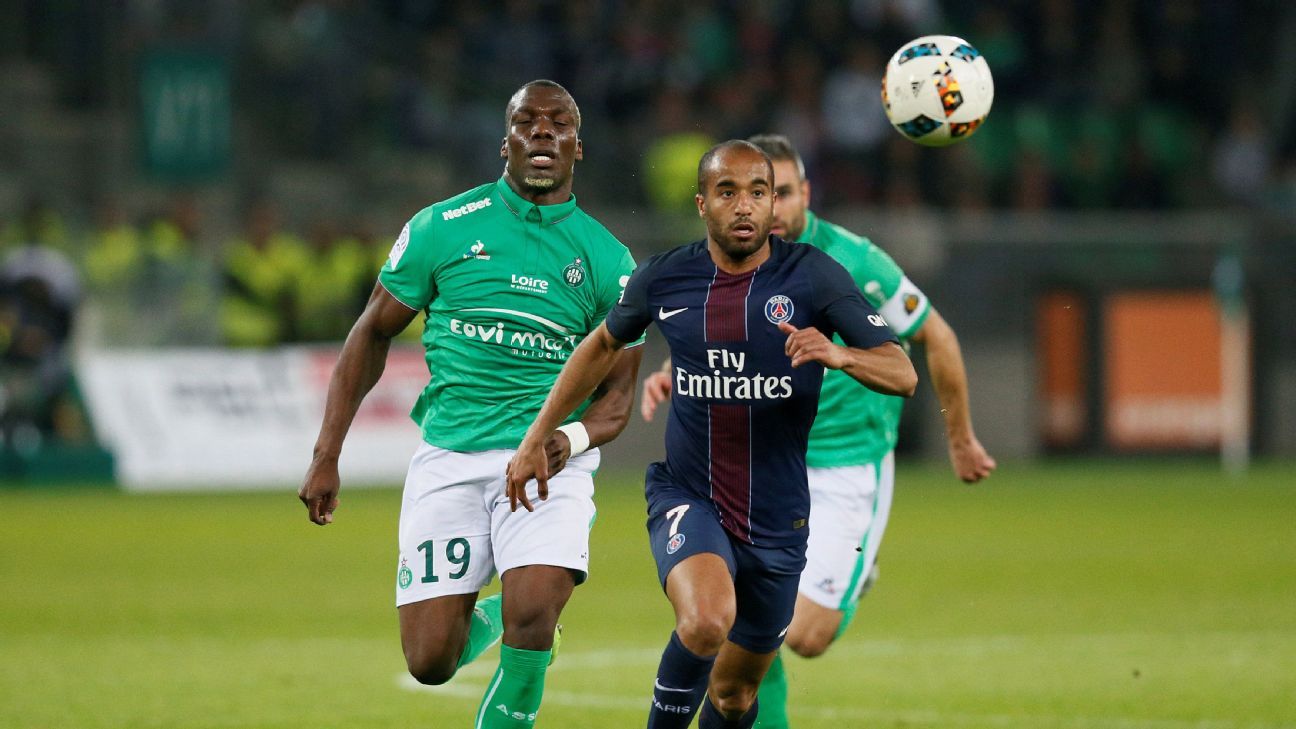 
Paris Saint-Germain’s Lucas Moura has cast doubt on his future in the French capital by recognising that a move within Europe is possible this summer.

The Brazilian scored 12 times and assisted five more goals in 37 Ligue 1 appearances alone in 2016-17 but lost his place in Unai Emery’s regular starting XI after the January arrival of Julian Draxler sparked Angel Di Maria back into life.

“In every transfer window there is always a lot of speculation,” Lucas told Diario De Sao Paulo. “Actually, no offers have been made for me yet, nothing concrete. My agent has not told me about anything yet.

“I have a contract until 2020. If something materialises, we will sit and analyse it. Right now, nothing is happening.

“Regarding a return to Brazil, I am not thinking about that. I have objectives I want to reach in Europe. Leaving PSG for another European club could be a possibility for me but I am under contract and I have no offers in front of me at this moment.

“If something arrives, we will see what is best for me and for the club. Right now, though, I am doing well in France.”

Lucas, 24, had to step up to try to fill the void left by Zlatan Ibrahimovic’s departure in attack, and although the South American enjoyed his most prolific season to date in Le Championnat, he said the team still miss the Swede.

“On the pitch, of course we lost a great player,” Les Parisiens‘ No. 7 said. “Ibra is a guy who would be missed by every team, he was a reference for us. When he is on the pitch, opponents give him major respect. Respect for everything that he represents in football and for what he achieved at PSG.

“He is a big miss. In the changing room, Ibra is a very funny guy and he joked with everyone — he was totally different from how people probably think he is. We know that football is like that — one year a player is with us and the next he is somewhere else. That is part of football. He stamped his name on the club’s history. We are all grateful to have played alongside him.

“The days with him were very healthy. He is a genuine guy, with a strong personality. Like I said before, away from the pitch and from the interviews, he is really calm and jokes around, helps people and fights for his team. That is a side that people do not get to see during his interviews.

“He has a strong personality and speaks his mind. This is an admirable quality. In the changing room, he was completely calm, worked hard, was very professional and set a big example to us players.

“We have lost contact since he left PSG. I am watching him play on television mostly.”

Although Ibrahimovic is unlikely to be there next season, Lucas could follow his path to Old Trafford with Manchester United coach Jose Mourinho said to be a fan and keen on signing him this summer.