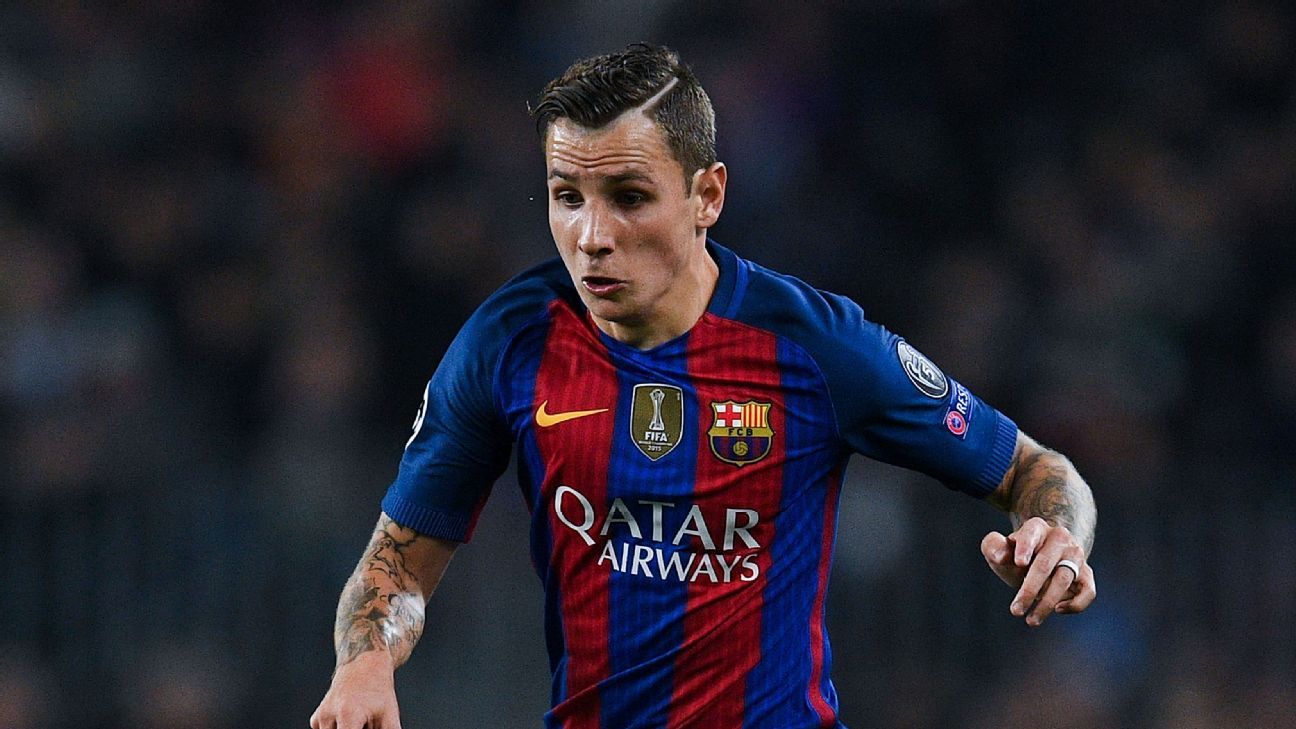 
Lucas Digne has told Mundo Deportivo that reports linking him with a move away from Barcelona are “rubbish” and that he has no intention of leaving the club this summer.

Inter Milan and Lyon are two of the sides who have been credited with an interest in the left-back, who joined Barca in a deal potentially worth up to €20 million from Paris Saint-Germain last year.

Digne, 23, featured regularly in the first half of his debut campaign in Spain, but he played just four of the Catalan side’s last 16 games, which has led to speculation about his long-term future.

But he’s strongly refuted claims he could leave, saying: “Of course I’m staying at Barca. I only have one focus, one plan and that’s to play for Barcelona in the coming seasons. There’s no other discussion.

“I’ve heard rumours about me leaving, but it’s rubbish, [they are] false stories. I can’t wait for the new season to begin. I am going to work hard and fight so that I’m able to play more games and make my mark.

“I want to form part of the future of this great club; to win the trophies that the club and fans deserve. There’s a new season, new trophies to win and we have a great new manager in Ernesto Valverde — I can’t wait to get back to work.”

“At a club like Barca, all the players are internationals and you need two top players in each position, everyone knows that,” he added. “I have big ambitions, that’s why I’m here. I always want more, the same as the club.