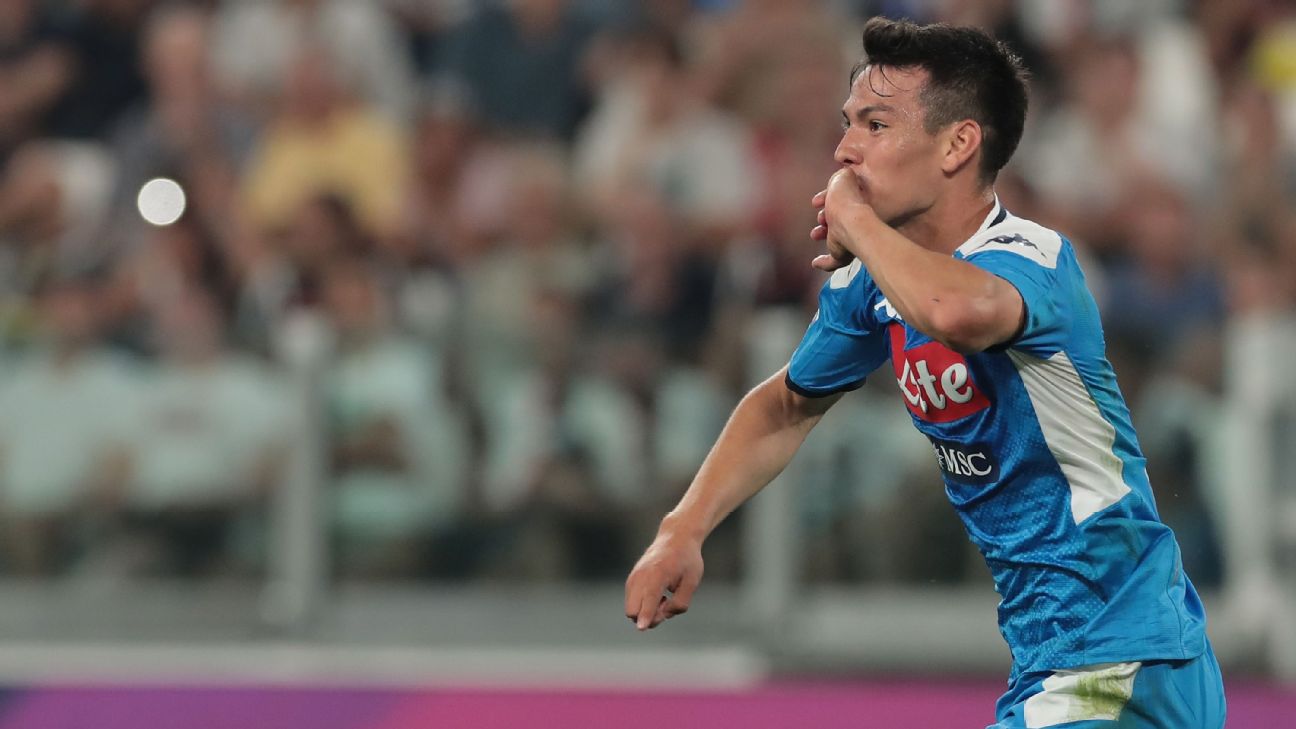 
Mexico forward Hirving Lozano has said Cristiano Ronaldo congratulated him after he scored on his Napoli debut.

Lozano, 24, was introduced at half-time at the Allianz Stadium with his side 2-0 down before Ronaldo added a third. However, he helped inspire a fight back with the second goal as they came back to draw level before Kalidou Koulibaly‘s stoppage time own goal handed Juve a 4-3 win.

And, despite Lozano’s goal creating tension for the Juventus players, he said Ronaldo complimented him as he ran back to his own half.

“When I scored the 3-2 in Juve-Napoli, Ronaldo came to me and congratulated me,” Lozano said.

“He welcomed me to Italy. It was a really nice thing, because he is a spectacular player and at a very high level.

“I really enjoyed the game, because the team was great, despite the fact we played against top players — not just Ronaldo.”

Despite scoring just 23 minutes into his Napoli debut, Lozano said he is still getting used to life in Serie A.

“I am adapting to the Italian habits, even if I have only recently arrived,” he added. “I thank God and the manager [Carlo Ancelotti].

“His faith [in me] helps me, it is going well. My objective is to work, to integrate well within the squad, to improve my football and to learn from more experienced players as well as Ancelotti.”