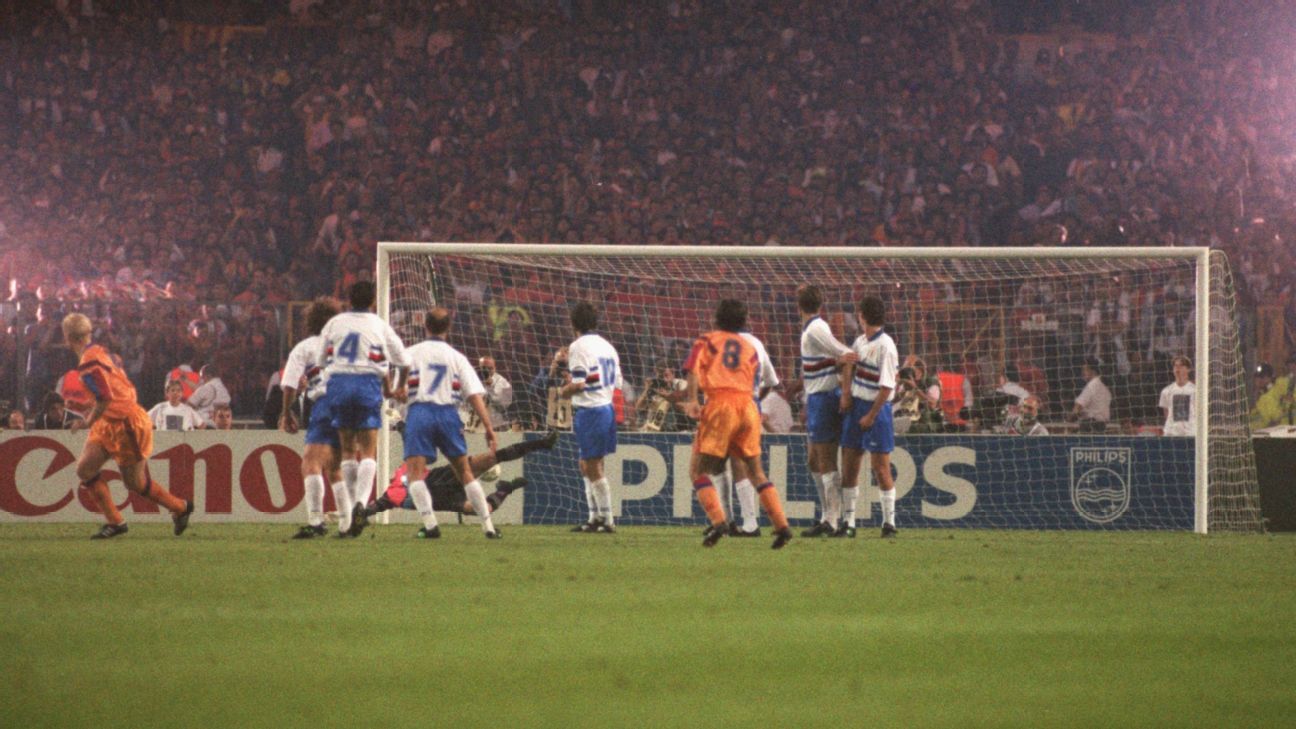 
Barcelona reunited their 1992 Dream Team on Saturday to remember the club’s first-ever European Cup win 25 years on, but one former director felt the celebration was marred by poor attendance.

Ronald Koeman’s extra-time goal saw Barca beat Sampdoria 1-0 at Wembley a quarter of a century ago to clinch a trophy many feel paved the way to the success that has followed since.

However, only 28,000 fans watched at Camp Nou as a Barca side including Koeman, Pep Guardiola and Hristo Stoichkov were held to a goalless draw by a Benfica team featuring Rui Costa.

“The Dream Team did not deserve this — just look at it,” Freixa, a former club director who also ran for the presidency in 2015, wrote on Twitter along with an image of the quarter-full stadium.

In 1992, around 25,000 Barca fans travelled to London for the final and Freixa said it was “not normal” that only 3,000 more than that had attended the reunion match.

Entry was free, although the game did not kick off until late on Saturday night — something that may have put families off.

Beforehand, tribute was paid to Johan Cruyff, the manager of the Dream Team, who died last year.

Barca wore the orange kit in which they had won at Wembley as Koeman re-created his winning free kick, and the night ended with the full squad lifting the European Cup again.