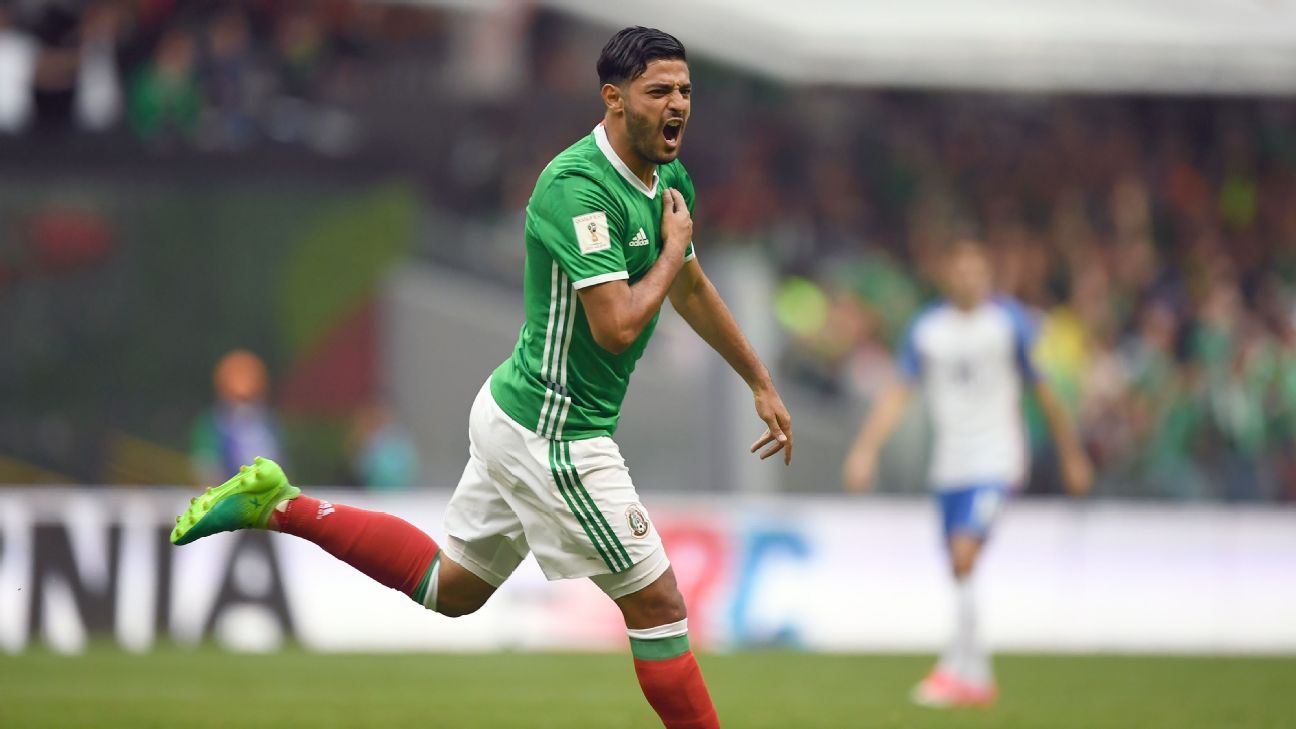 
Los Angeles FC has a deal to sign Carlos Vela from Real Sociedad, with the Spanish club confirming the Mexico attacker will move to MLS in 2018.

League sources confirmed to ESPN FC that the 28-year-old will become expansion club LAFC’s first designated player when he arrives in January, as first reported by the Los Angeles Times.

Marca reported that the transfer fee would be about €5 million, after Sociedad paid €14m to bring him in from Arsenal in 2012.

“Real Sociedad and Major League Soccer (MLS) have reached a principle of agreement that will see Carlos Vela transferred to a team in the American league during the winter transfer window,” a Sociedad statement said. “This means Carlos Vela will continue with the Txuri Urdin until January 2018 and will then head to MLS.”

The deal comes two weeks after the LA Galaxy, MLS’s other team in Southern California, brought in Mexico’s Jonathan dos Santos from Villarreal to join his brother Giovani.

LAFC, which hired former U.S. coach Bob Bradley as its first manager last month, has run into some difficulty attracting top stars as they prepare to begin play.

The club was recently rebuffed in its attempts to sign Dutch star Wesley Sneijder, who instead joined French club Nice on Monday.

And after sources told ESPN’s John Sutcliffe in June that Andres Guardado, another Mexican midfielder, had agreed a four-year deal to join LAFC, he decided not to leave PSV Eindhoven and instead joined Real Betis in July.

LAFC has also been linked to an interest in Javier Hernadez, who joined West Ham; Wayne Rooney, who chose to return to Everton; and Zlatan Ibrahimovic, who appears to have a route back to Manchester United after he recovers from a serious injury.

A former Chivas youth product, Vela has spent his entire professional career in Europe since moving to Arsenal at 16 in 2005. After a series of loans, he joined Sociedad on loan in 2011 before completing a permanent transfer the following summer.

He has 17 goals in 55 international appearances for Mexico, though his relationship with the national team has been a contentious one since he was suspended for six months in 2010, then declined a call-up for the 2012 Olympics and again the following year for World Cup qualifiers.

But he has returned to the fold after rejoining El Tri after the World Cup in 2014. He scored against the U.S. in the 1-1 World Cup qualifying draw in June.