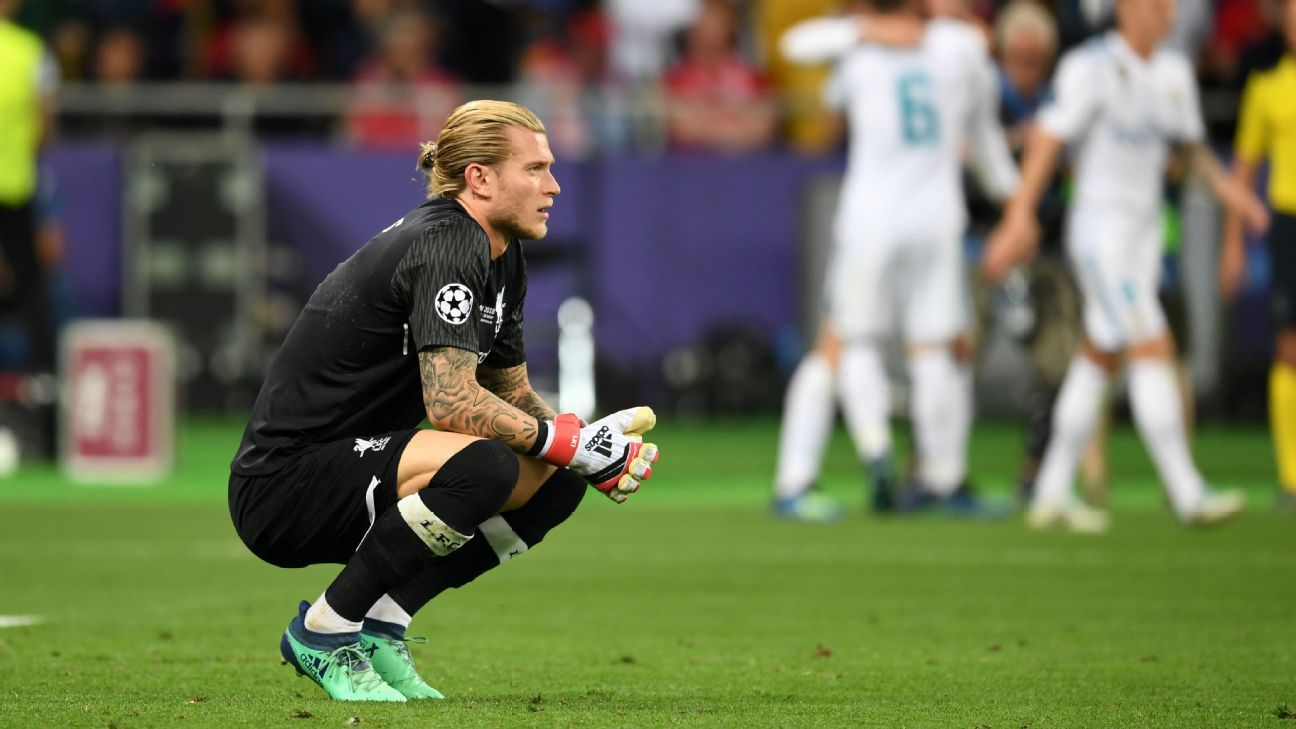 
LIVERPOOL, England — Former Premier League goalkeeper Shaka Hislop can remember nearly all of his goalkeeping blunders in as much detail as the best moments of his 15-year playing career. Those mistakes would force Hislop to shut off from the outside world, with comforting words from those closest to him would offering no solace in the aftermath.

Following Loris Karius’ error-filled performance in the Champions League final, in which the Reds goalkeeper was discovered to have suffered a concussion in, ESPN FC spoke with Hislop for insight into a shot-stopper’s mindset in such a situation.

ESPN FC: First of all Shaka, at any point in your career did you suffer a concussion?

Shaka Hislop: Not that I am aware of. I have to say that the protocols were a lot more lax when I was playing. I do remember one time playing for Portsmouth, the opposing team had a corner, the corner coming in and thinking “I’m going for this.” I went to take the corner and I caught an elbow to the back of the head.

The protocols are much different now.

ESPN FC: Is more needed to be done to protect the players? I’m guessing if you were playing in a Champions League final, you wouldn’t voluntarily come off because you think you have a concussion?

SH: A lot more needs to be done. Clearly just by the nature of the sport, there won’t be as many incidents in football as there are in American football. I sit on one of the advisory panels to IFAB (Ed. Note: International Football Association Board) and it’s something we discussed: concussions and additional substitutions if a player suffers a concussion.

My opinion, as expressed in that meeting over a year or so ago, was if you want to introduce another substitution because of concussion then we have to have an independent doctor or medical person who can verify that.

The counter to that is you want to make an extra substitution for whatever reason and you just have your own club doctor come on and say “Yeah, it’s a concussion” without any evidence other than those words. As good as it could be, you need to have safeguards in place.

I think there is a lot more that can be done. But we just have to find the right safeguards and ones that are good for the issue at hand in terms of treating concussions, but without taking away from the nature of the game and without leaving room for them to be exploited by clubs.

ESPN FC: Moving on, it’s just natural that goalkeepers make mistakes — mistakes that will lead to goals in most cases. From your experience, can you just explain how bad that feels?

SH:It’s hard and it stays with you for a very long time. I think things have changed in many ways since when I played — the accessibility of players not just through phones, but on social media. That is something I didn’t have to deal with.

You do go into a cocoon. You kind of cut yourself from everybody. People, your loved ones, are reaching out and trying to be supportive and nothing matters. It doesn’t matter whether your wife or your partner says “Never mind, everybody makes mistakes.” Nothing sticks, nothing helps. It’s something you just have to deal with.

The next response to get out of that deep funk is one of defiance — you say to yourself “I’m going to come back better than ever.” As your next season comes closer, it becomes tougher on you because you know you have to put yourself back out there. You know you’re going to be in front of all these eyes — not just the fans who you still feel you’ve disappointed. Everybody is going to be looking at you and looking for the smallest of slips and try to maximise the reaction. It’s tough.

Personally speaking, I’m not sure how [Karius] can come back from that. Errors are one thing but errors of that magnitude, on that stage, take on a life of their own.

ESPN FC: A lot was made about few Liverpool players going up to console Karius after the final whistle in Kiev. How awkward do you feel going back into the dressing room?

SH: You feel at fault. You feel you’ve let everybody down. A lot of these players are friends and relying on each other for so much. To see them and have to deal with their disappointment is tough. But it’s no tougher than everyday life. Going to the shops and knowing that these are all Liverpool fans and feeling let down by my errors, it’s hard. It’s a difficult existence.

ESPN FC: Considering all that though, can you just imagine doing that in a Champions League final, the biggest game in club football? You can’t help but feel sympathetic towards him…

SH: Especially as a goalkeeper, my heart breaks. Goalkeepers know and are sympathetic to one another because they know how easy it is to make those mistakes. The number of times a ball slips through your hands, even if it’s just in training — it’s easily done. You know how small those margins are. When these mistakes happen, hearts break for goalkeepers all over the world.

ESPN FC: Even now, I’m guessing you remember the errors in just as much detail as your top saves…

SH: They live with you for a really long time. But you bounce back. I truly believe that Karius is a very good goalkeeper. He may not have a future at Liverpool, but if I were a gambling man I’d say Karius moves to another a club — probably outside of England — and has a very good, successful and long career. You just have to separate yourself from that error and that catastrophe.

You can put it behind you eventually. I just feel that he may need to find pastures new to do that.