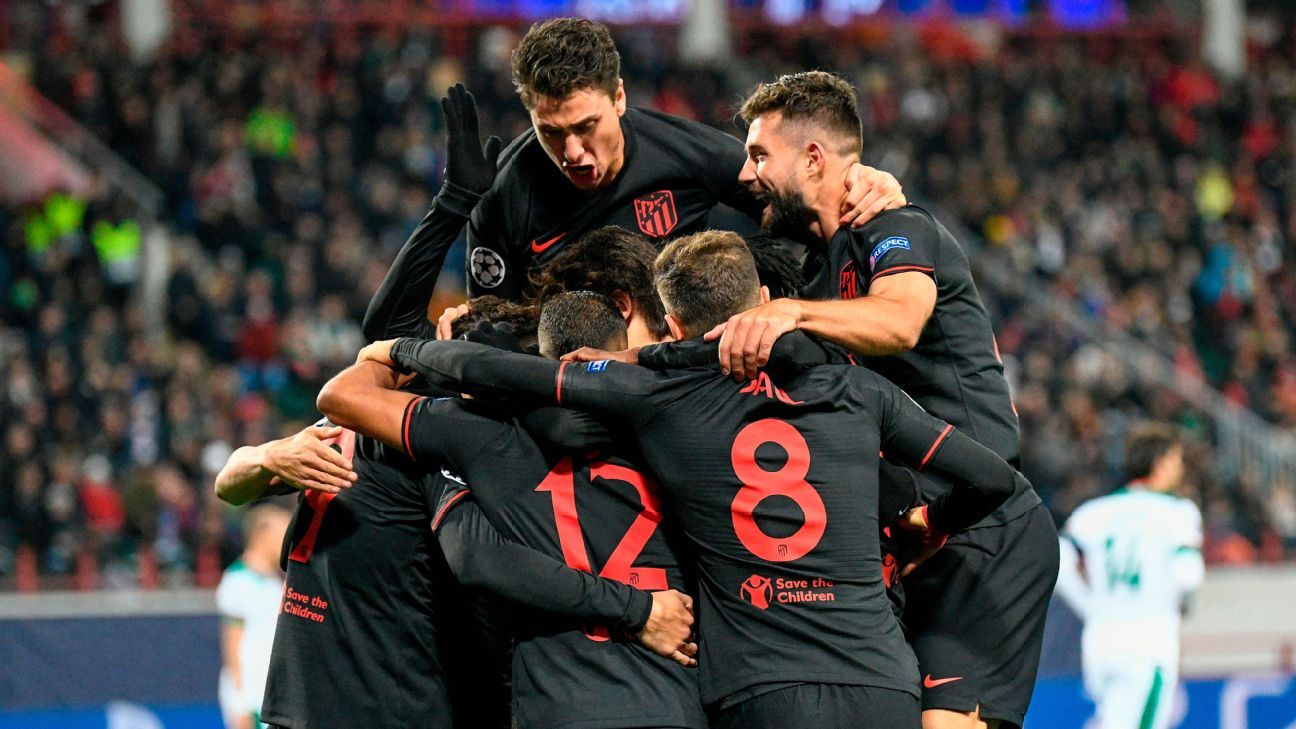 
Atletico Madrid’s €126-million forward Joao Felix scored his first goal in the Champions League to help his side earn a 2-0 win at Lokomotiv Moscow in Group D on Tuesday.

The Portugal international broke the deadlock early in the second half of a tight game, sliding to the floor to knock the ball in on the rebound after his first shot had been parried by the hosts’ goalkeeper Guilherme.

Thomas Partey doubled Atletico’s lead 10 minutes later, knocking a ball from Diego Costa into the net after a lovely chipped pass from Felix, who became the fourth-most expensive player of all-time when he joined from Benfica in July.

The win took Atletico into second place in the group on four points, the same number as leaders Juventus who beat Bayer Leverkusen 3-0 and have a better goal difference.

Atletico had produced a gutsy comeback to draw 2-2 at home to Juventus two weeks ago and although there was less drama in this victory, Diego Simeone’s side always looked in control in the Russian capital.

They should have taken the lead early in the first half when a flicked header from Felix made its way to an unmarked Diego Costa at the far post, who somehow missed the target with a gaping goal in front of him.

Alvaro Morata, who was back in the team after being suspended for Saturday’s goalless draw against Real Madrid, also had a chance to put Atletico ahead before the break but was thwarted by Guilherme.

Atletico had drawn blanks in three of their previous five games but a goal finally arrived when Felix showed hunger to race into the area and meet a low cross from Morata, and then follow up his shot to score.

“It was only a matter of time before we scored, we knew the ball was going to go in at some point,” Felix told reporters.

Partey, who was widely hailed for his energetic performance against Real, put Atletico further at ease although it took an outstanding double save from goalkeeper Jan Oblak to prevent Grzegorz Krychowiak scoring for Lokomotiv later on.

“Today we were able to convert chances that we have been struggling to score recently,” added Atletico coach Simeone.

“We missed a few chances in the first half and we spoke about that at halftime and made sure we turned up our intensity to get the best out of our forwards.”