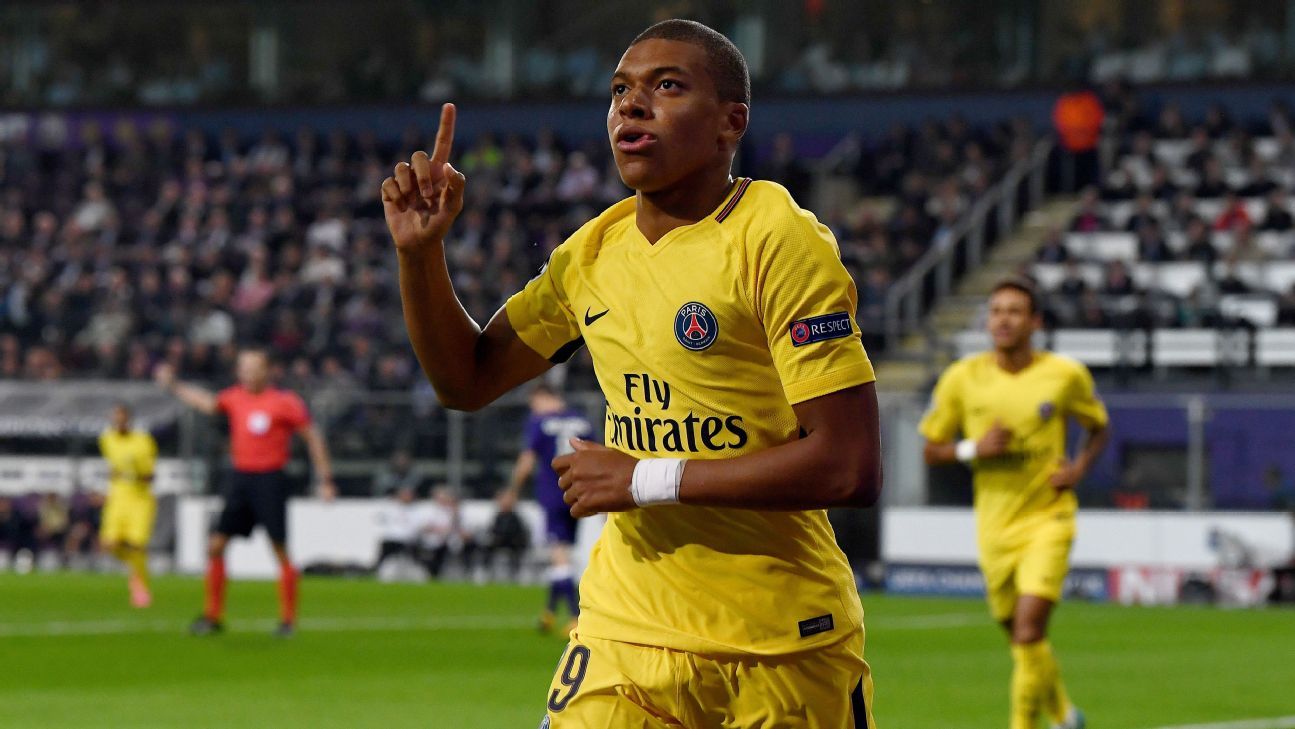 
MARSEILLE, France — Paris Saint-Germain will dispute Le Classique for the first time with Neymar and Kylian Mbappe at Orange Velodrome on Sunday, and the advent will mean that more eyes are on the French capital outfit and Marseille than usual.

The rivalry remains Ligue 1’s most prestigious match, but it is also fair to say that their meetings have lost a bit of shine over the past few years — despite the arrival of Frank McCourt and some new money on the Canebiere last season.

One of the main reasons for the recent loss of interest in Le Classique is the fact that PSG are so much more powerful than their southern rivals, which has resulted in numerous one-sided results like last campaign’s 5-1 demolition at the Velodrome.

Another factor behind the decline in standing when the two meet is that many of the non-French players involved have not been exposed to the fixture when the atmosphere has been at its boiling best, so they do not fully understand its significance.

Although he has not come through the ranks at PSG, Monaco youth academy graduate Mbappe — who hails from the Parisian suburb of Bondy — grew up supporting the capital club and knows all about the aura that surrounds Le Classique and how important a win in Marseille would be.

“It is my first Classique, so I am looking forward to it,” the 18-year-old told PSG’s official website. “It will be a great game, but we are going there to win.

“It will only be great if we win — it is up to us to make the game as simple as possible and to come back to Paris with a victory.”

Judging by their form so far this season with Neymar and Mbappe among the ranks, PSG have looked largely irresistible.

Even when they have not played that well — like away at Anderlecht in the UEFA Champions League in midweek — they have still produced convincing final scores, and both the Brazilian superstar and the French prodigy have scored.

Aside from a dour goalless draw away at Montpellier back in September, which even Mbappe could not brighten up, PSG have beaten every single Ligue 1 opponent and mostly by more than just one or two goals.

Dijon away last weekend was a narrower affair than many expected, but after the most recent international break, it was no surprise that Unai Emery, using many of the same jaded players, produced a flat display.

A similarly limp showing in Marseille will not be tolerated. Emery has had to hammer home the point that although their competition in recent years has not been so fierce, OM are still PSG’s most hated rivals and that complacency could easily be punished by the hunger shown by Rudi Garcia’s men on Sunday.

Mbappe knows exactly where Emery is coming from and underlined the need to win for the supporters from the capital who have been banned from making the journey south.

“PSG have had the upper hand in recent years, but it will be a special game there,” said Mbappe. “We really have to be focused and disciplined and give the best of ourselves.

“It is an important match for our supporters. We have enough quality to come back with the three points.”

A draw in Marseille would not be the end of the world for PSG — especially with second-placed Monaco six points adrift in Le Championnat coming into this weekend.

However, with all eyes at the club firmly fixed on the Champions League this term and understandably so after three wins from as many matches in Group B so far — including one at home to Bayern Munich — there will be an element of complacency to fight against.

Captain Thiago Silva has been passed fit, and apart from Dani Alves, Emery has no other major absentees for the encounter and will possess an almost full-strength squad at Stade Velodrome.

The spotlight will be on Mbappe and Neymar come Sunday night, and the France international has many fond memories of Le Classique, particularly involving childhood idol Ronaldinho.

“My first Classique memory is of Ronaldinho shining at Parc des Princes in a 3-0 win,” Mbappe said. “He scored a penalty and then a free kick… His technical quality, it was quite simply impressive.

“They are moments engraved in my memory and made me love PSG.”

Now it is Mbappe’s turn to be on the pitch for Le Classique, and although he will not be playing alongside Ronaldinho, Neymar is a more than adequate substitute for his compatriot.

Together, the pair can bring the former’s fantasies to life against PSG’s fiercest foes.