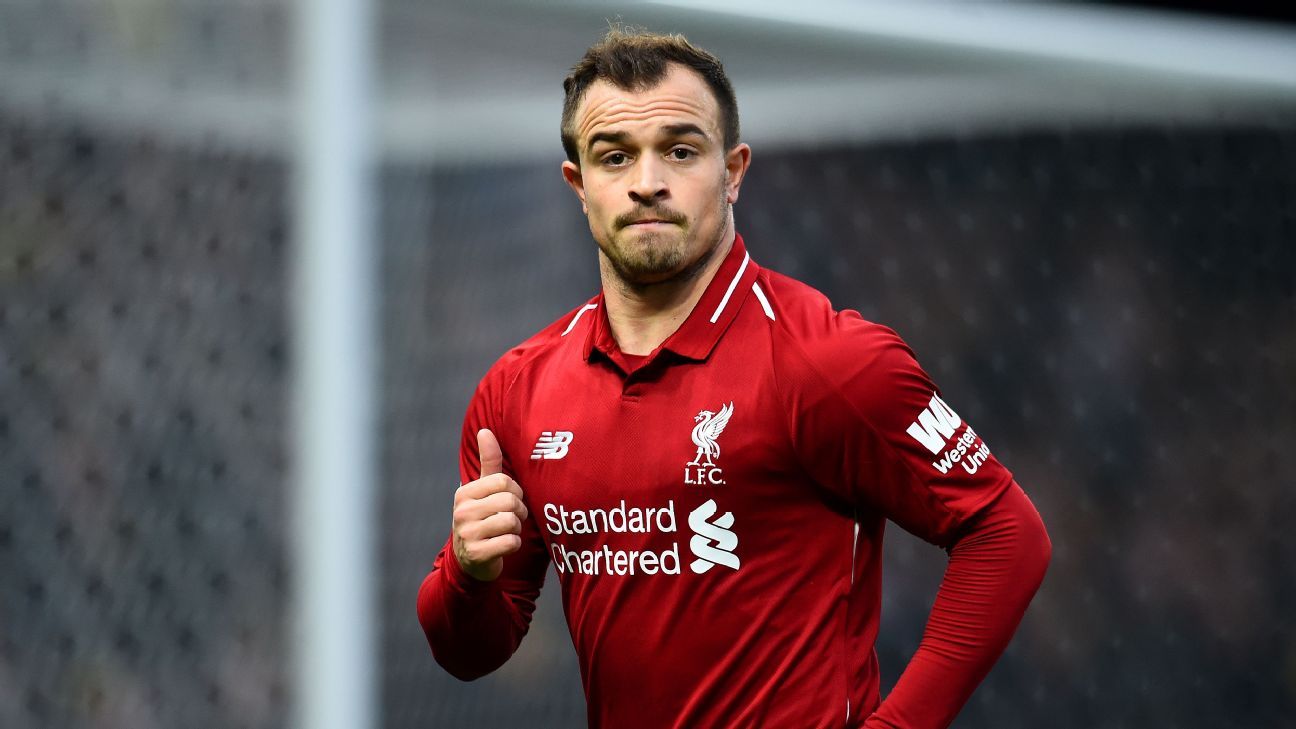 
WATFORD, England — Xherdan Shaqiri has vowed that Liverpool will be challenging Manchester City for the Premier League title right until the end of the season.

Liverpool secured their best-ever start to a Premier League campaign with a 3-0 victory at Watford on Saturday.

However, Jurgen Klopp’s side still remain two adrift of reigning champions City, who beat West Ham United 4-0 on the weekend and remain unbeaten so far this term.

“We’re going to be there until the end,” Shaqiri told reporters. “We don’t have to look to Man City, we just have to look to ourselves and try to give our good performance on the pitch and win games.

“That’s the most important thing. Every game has its own history and we have to look game to game and not look where we’re staying at the end of the season.

“When you win games like this, we’re going to fight to the end for a lot of things so I think we just have to keep going, keep working hard and win games.”

Shaqiri started at Vicarage Road, alongside Mohamed Salah, Roberto Firmino and Sadio Mane, and continues to impress for Liverpool following his £13 million transfer from Stoke City in the summer.

The Switzerland international is hopeful he has done enough to keep his place in the starting XI for Liverpool’s next two matches — a trip to Paris Saint-Germain in the Champions League before Sunday’s Merseyside derby.

“I’m feeling good,” he said. “I’m fit — and that’s important for me. I think you can see that also on the pitch I’m settling in well with the team.

“We had a lot of players [against Watford] on the bench who didn’t play, so I think we have fresh players behind us. It’s going to be a difficult game and a good game to show how good we are. We [will] also go there to try and win the game, for sure.”

Shaqiri also said he was looking forward to his first encounter with Everton as a Liverpool player.

“It’s my first derby so it’s going to be, for sure, very special,” he said. “I want to see and to feel the atmospheres in these derbies.

“It’s going to be very special and I’m just looking forward to this game. I know just one [Evertonian] and he said to me when I was at Stoke: ‘You have to come to Everton’.