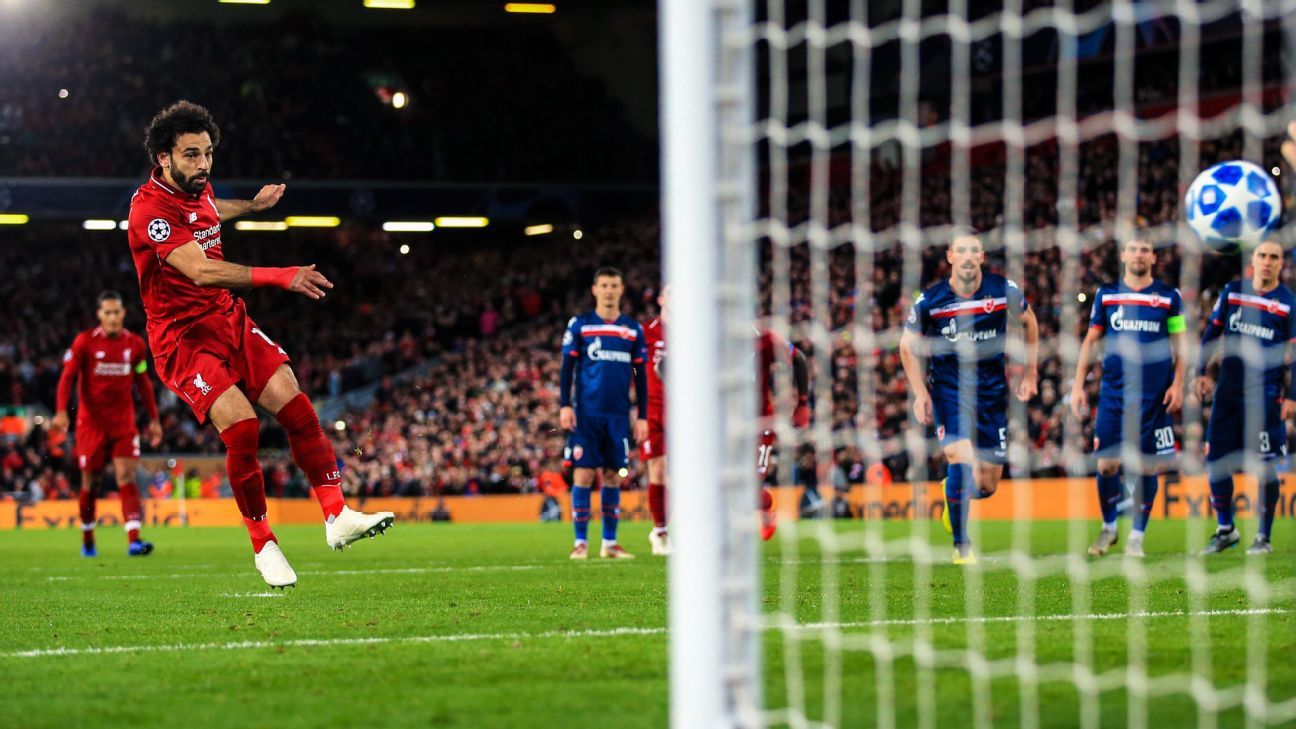 
LIVERPOOL, England — Xherdan Shaqiri has said he has no fears about playing against Red Star Belgrade in Serbia next month despite the hostile reception he is likely to receive.

Shaqiri, born in Kosovo, was fined by FIFA for celebrating a World Cup goal with a gesture imitating a double-headed eagle, the Albanian national symbol, after scoring for Switzerland against Serbia.

He has ethnic Albanian heritage linked to Kosovo, a former Serbian province that declared independence in 2008. Serbia does not recognise Kosovo’s independence.

Shaqiri, 27, was booed throughout Wednesday’s Champions League game by those Red Star supporters who found their way to Anfield despite a UEFA ban on their fans travelling.

But the former Stoke player said he was not concerned about the reception likely to await him in the return fixture on Nov. 6.

“No, I just saw a few articles,” he told reporters. “One player, I think, said something. But I don’t really care what people think.

“I’m just going there for a football game and it’s not about politics — it’s about football. I go there to play football and to try to win. I had this already at the World Cup, so I know what I can handle.”

On Wednesday, he played a significant role in Liverpool’s first two goals of the 4-0 win over Red Star and was given a standing ovation when substituted in the 68th minute.

His delicate assist for Mohamed Salah’s first-half goal was described as “genius” by manager Jurgen Klopp, with Shaqiri happy to repay his manager’s faith.

“I can say thank you, but at the end it’s a football game and I’m trying my best to give him good performances,” he said. “I just try to keep going.

“I’m really proud to play in the Champions League from the beginning, and I just try to give my best for the team.”