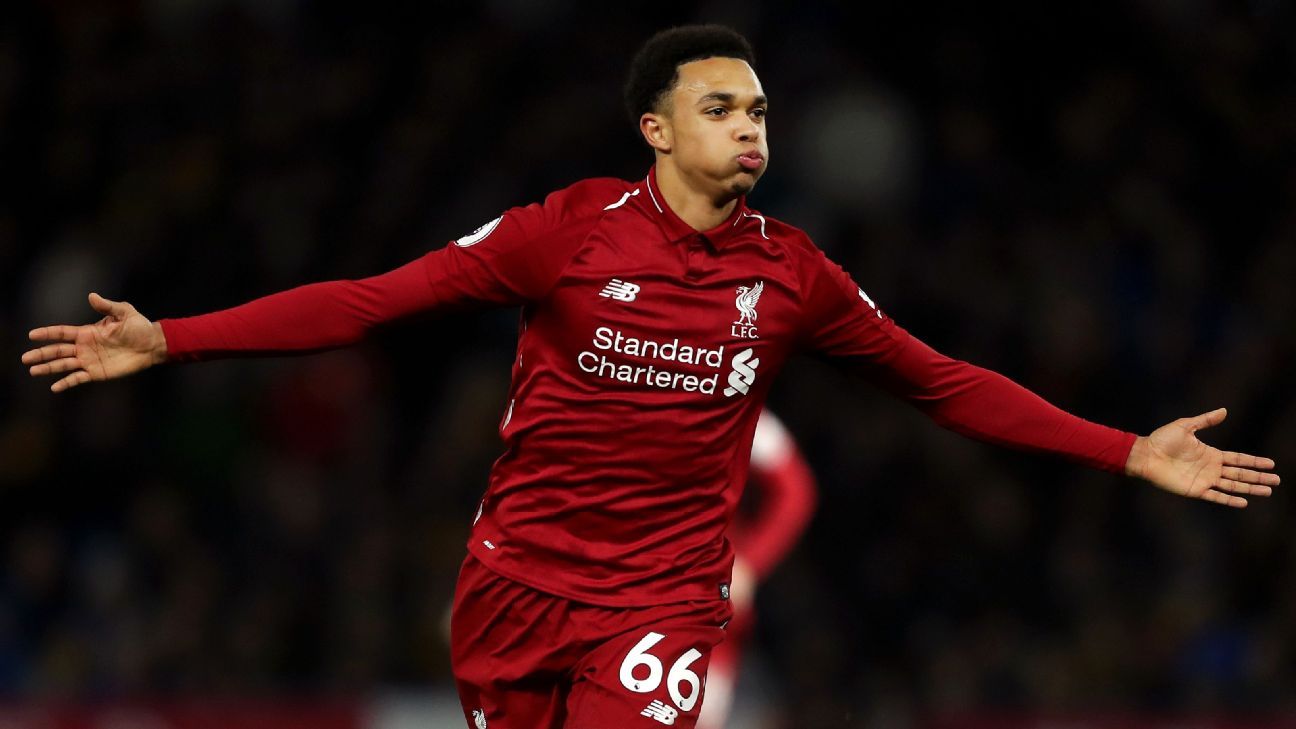 
Trent Alexander-Arnold has become the latest player to commit his future to Liverpool by signing a new long-term contract, the Premier League leaders have announced.

A source has told ESPN FC that the deal runs until 2024 and reflects the 20-year-old’s rapid development after establishing himself as Liverpool’s first-choice right-back and earning five caps for England.

“As soon as they offered the contract, there was no hesitation whatsoever,” Alexander-Arnold told Liverpool’s official website.

“The last 18 months especially have been very special. Hopefully the next 18 months and even further on than that will be even more special.”

Alexander-Arnold has been at Liverpool since the age of six and has 67 first-team appearances to his name after making his senior debut in October 2016.

Liverpool manager Jurgen Klopp said on Friday that he believes his team’s development will continue well after this season as he does not expect to lose any key players in the future.

“Trent is one of the most relentless professionals I have met when it comes to focusing on getting better each and every day,” the manager said after the deal was announced. “This is not to compare with any legend past or present, because he will make his own story.

“As a player for LFC he is the embodiment of the sentiment ‘We’re never gonna stop.'”

The full-back is sidelined with a knee injury but is hopeful of a return quicker than first expected, having not required surgery to correct the issue.

Buvac has been absent on leave since April when Liverpool announced Klopp’s assistant would be spending “time away” from the club due to “personal reasons.”

Klopp’s close friend David Wagner is now out of work after parting company with Huddersfield Town at the start of the week. But Klopp has ruled out any chance of Wagner becoming part of his backroom staff.

“Dave is a manager and we don’t need a manager,” he said. “I would love to work with him some day but we are too young for that and he is especially too young.”

Pepijn Lijnders returned to Liverpool’s coaching setup in June after a five-month spell in management at NEC Nijmegen.

A source has told ESPN FC that Lijnders turned down three opportunities to stay in management — a League One side and two first-tier European clubs — because he was so keen of reuniting with Klopp.

In April, Lijnders told ESPN FC that German was one of the most important influences on his coaching career.