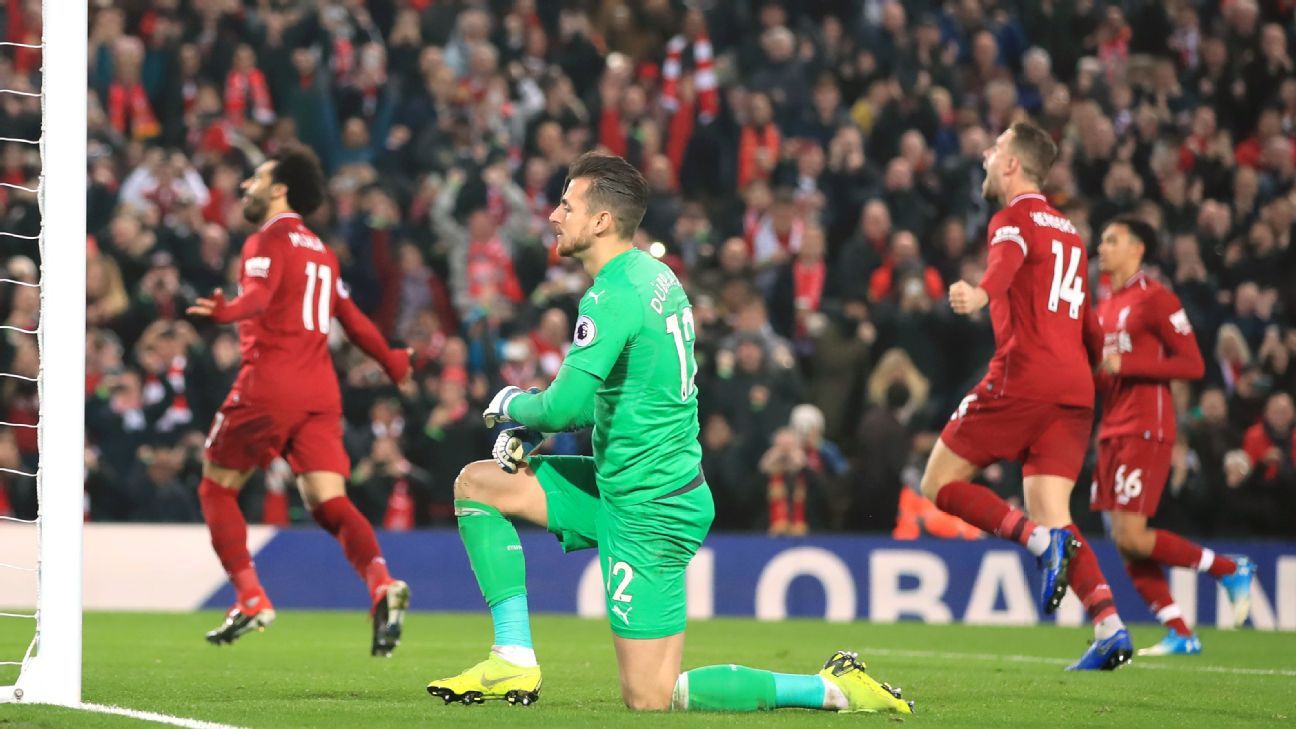 
The English Football Association will be taking no retrospective action against Mohamed Salah for an alleged dive to win a penalty kick for Liverpool against Newcastle United on Boxing Day, sources have told ESPN FC.

Referee Graham Scott pointed to the spot early in the second half at Anfield when Salah, who was named seventh best forward in world football by ESPN FC, went down following contact on the arm from Paul Dummett.

The FA introduced new rules at the start of the 2017-18 season that players who commit “successful deception of a match official” to earn a penalty kick or lead to an opponent being sent off would be punished.

However, Salah has escaped punishment as the FA believe it did not meet their threshold.

In November 2017, Everton’s Oumar Niasse became the first player to be hit with a retrospective suspension for simulation when the striker was given a two-match ban as the FA judged he had dived to win a penalty against Crystal Palace.

“The match officials can only make decisions on what they see,” Walton told ESPN FC. “Graham Scott clearly saw the slight tug on the arm of Salah by Dummett.

“As Salah was moving at speed, it would only take minimal contact for him to be knocked off balance. Was it enough to knock him over? Only Salah knows the answer.

“The Newcastle defender did impede Salah’s progress, however slight, and a penalty was the correct outcome.

“There will be no retrospective action by the FA as they will see the play as a subjective decision made by the match referee.”

Meanwhile, former Liverpool defender Steve Nicol felt the awarding of the penalty was extremely soft, but conceded that Dummett took a risk by making contact with Salah in the penalty area.

“The worrying thing is we’re getting into a position where the majority these days are accepting that that sort of contact is a foul,” Nicol told ESPN FC. “Really?

“But the first thing Ronnie Moran would say to me was: ‘Well, did you pull him down?’ And I’d say no. ‘Well, did you put your hands on him?’ I’d say ‘yes’ and there you go. It’s your own fault. You’re giving the referee an option.”